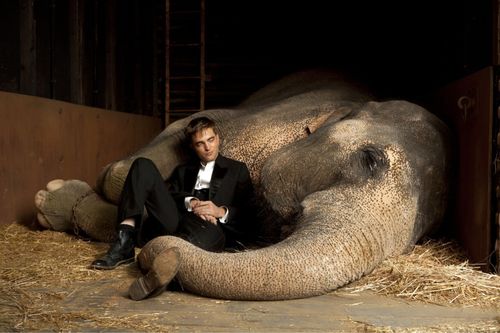 Whatever magic was included in Sara Gruen’s 2006 novel, “Water for Elephants,” has not made the arduous journey to the big screen. An excruciatingly labored and uneven melodrama, the cinematic incarnation of the best-seller takes a vivid tale of romance and revenge and bleeds it dry of tension, electing to hang tight to a trio of miscast actors instead of developing the rich world and characterizations of the story. The best part of the picture is the elephant, and even she looks embarrassed to be a part of this charmless snoozer.

After a tragedy disrupts his efforts to study veterinary medicine at Cornell during the Depression, Jacob Jankowski (Robert Pattinson) retreats to the mystery of travel, soon stumbling upon the Benzini Brothers Circus, run by the vicious August (Christoph Waltz) and starring his wife, Marlena (Reese Witherspoon). Working up the ranks to become the circus’s resident vet, Jacob receives an education in the ways of power, observing August batter his wife and his animals, including Rosie, the star elephant of the show. Developing a bond with Rosie and encouraging an affair with Marlena, Jacob finds himself in deep trouble when August grows aware of his intentions, leaving the young man frantic to free his lover and escape the circus. 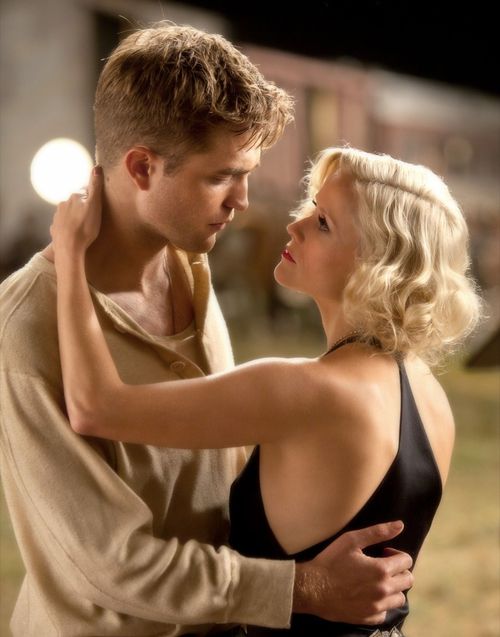 The director for “Water for Elephants” is Francis Lawrence, best known for his work on the sci-fi thrillers “I Am Legend” and “Constantine.” His latest provides a change of pace for the director, and while I’ll always applaud filmmakers looking to stretch, it’s clear after the conclusion of the first act that this material lands well beyond his skill level as a storyteller. A sprawling novel of circus performers, psychological torment, and intimate relations, “Water for Elephants” is an intricate web of ideas and faces, requiring a special vision behind the camera to awaken its riches. Lawrence lacks the finesse needed to pull this old-fashioned melodrama off, laboring to stitch narrative elements together while the whole endeavor slowly but surely deflates.

While a movie of colorful images and lively circus settings, “Water for Elephants” doesn’t have a pulse. It’s a stillborn drama concerned with nailing the surface details of the book, taking viewers into the Benzini madhouse, a collection of train cars staffed with boozy performers and damaged animals, with Lawrence keeping the atmosphere awake through top-notch production design efforts. The film is awfully pretty, but it hardly registers in the senses, with the love triangle between Jacob, Marlena, and August a halfhearted effort of suspense. Making matters worse, the performances are either cringingly over the top (Waltz is just absurd here) or unnervingly zombified, with Pattinson and Witherspoon generating little heat as the secret lovers making boom-boom eyes behind the big top. In fact, Jacob shows more chemistry with Rosie than Marlena, creating the film’s only sense of sincerity when our hero nuzzles up to his elephant pal, using Polish as a secret language to encourage the beast to perform. 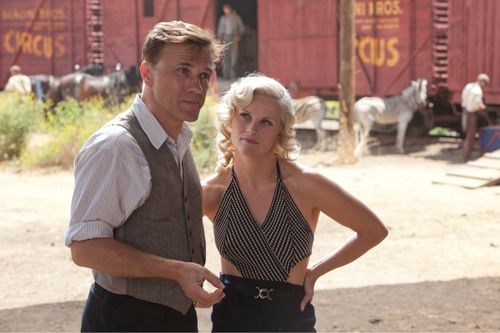 Also faring well is Hal Holbrook, here as an elderly Jacob in the picture’s bookend sequences. The seasoned actor has a natural way with the stiff dialogue that wakes the film up, finding heart in a feature that’s cold to the touch.

Lawrence just doesn’t have a firm grasp on his movie, with supporting characters reduced to a blur, Jacob’s romantic perspective bent (Marlena is about as appealing as the flu), and this whole business of “redlighting” (August’s order to toss freeloaders off his moving train) left a frustrating question mark of suspense until the final 10 minutes of the picture. “Water for Elephants” is a film of pieces, not a convincing whole, losing personality the harder it tries to sell dramatic stasis as excitement. There’s nothing to care about here and nothing to fall in love with, despite a director frantically insisting life exists inside this decidedly bloodless motion picture. 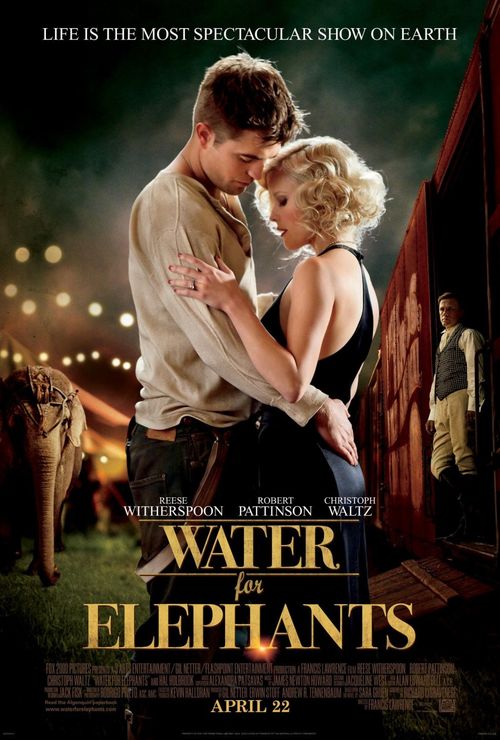 I knew it. My favorite book ruined.