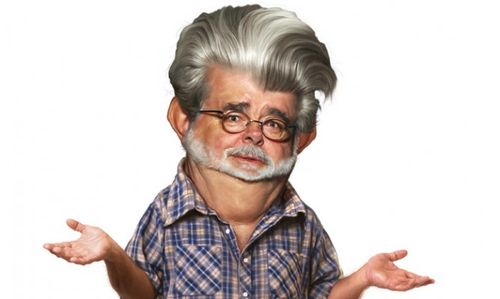 George Lucas. The name alone elicits quite a response in today’s geek community. The “Star Wars” universe of appreciation is no longer about starry-eyed fandom, instead transformed into a full-fledged religion, sparking a passion within its congregation that’s so profound, so damn testy, it’s easy to miss the sense of love so many swear they’re upholding with their criticisms. “The People vs. George Lucas” is a documentary covering the stormy reaction to filmmaker and his controversial artistic choices, debating the merits of his career and the perversion of his greatest success. In other words, it’s “Internet Forum: The Movie.”

As expected, director Alexandre O. Phillippe doesn’t include any fresh interviews with Lucas to help his picture, instead piecing together a creator presence from old interviews and conversations, most taken out of context. And why would Lucas participate, when “People” is a 90-minute-long rant against the filmmaker, tracking the rise of “Star Wars” as an explosion of cinematic ingenuity in 1977 to the unstoppable force of moneymaking it’s become today. Though the feature makes some effort to alleviate the bile, it’s still a one-sided assault on an easy target. That’s not to say George Lucas is above criticism, but what’s served up here is old news. Phillippe is beating a dead horse.

“Star Wars” meant the world to a generation of filmgoers, many of them impressionable kids when the original trilogy was unleashed, unprepared for their world to be so comprehensively rocked. They believed in the force, they wanted to be Jedis, and they looked to Lucas for all the answers, placing the bearded one on a pedestal, gladly Hoovering up the merchandise as a way to pay tribute to the space opera architect. Up until 1997, all was peachy in the expansive “Star Wars” universe. And then the “Special Editions” revealed Lucas’s eagerness to monkey with his own movies, with little baffling touches here and there generating confusion in the fan community. Han doesn’t shoot first? Where did “Lapti Nek” go? Alarms were triggered, questions were raised, and then it happened: The Prequels.

Arriving in 1999 to obscene global expectation, “The Phantom Menace” was the straw that broke the camel’s back, at least according to this documentary. Interviewing a horde of energetic fans, performers, and critics, “People” makes the argument that everything that was so right about “Star Wars” immediately turned to dust with the arrival of the prequels. These films were a perfect summation of the new George Lucas, who cared more about monetary gain than creative discipline, effectively becoming the dark lord of cash he looked to avoid in his younger days. For a flock of lifelong “Star Wars” fans, the prequels were the greatest screen offenses in cinema history, irrevocably damaging a brand name that once inspired such creativity and gentle pulsations of nostalgia. Constructed with interviews and clips of fan films, “People” wears a clever disguise of benevolent debate, but there’s venom running through this picture that cannot be denied. Why go after Lucas now, six years after the last “Star Wars” film, rehashing stale arguments the internet is more than capable of accommodating? “People” is a hopelessly scattered film that bites off more than it can chew, relying on a universal dislike of the prequels to entertain. This is no discussion, it’s a minor hit piece on a man who’s made a fortune off his work, only to have his admirers grow old and bitter, demanding “Star Wars” fit their personal tastes. While testy, the picture also explores the sunny side of fandom, spotlighting creative backyard productions and bearded devotion, emerging from those who genuinely appreciate what “Star Wars” has brought to their lives.

The arguments laid out here are certainly on the thin side, but a few I wholeheartedly agree with. A critical topic of the film is the “destruction” of the original trilogy, dumped into the trash while the suspect special editions assume their place as the definitive cuts. Lucas has buried his history for reasons well rehearsed, but make little sense, and that frustration leads to a compelling chunk of the film where fans air their exasperation about this development, forced to turn to pirating to acquire the theatrical versions they know and love. Because, damn it, Han Shot First. Jar-Jar Binks is another irritant worth some screentime, but without Lucas’s participation here, it’s impossible to grasp a deeper understanding of the character’s place in the prequel trilogy. Instead, obvious jokes are made and eyes are rolled, forgoing a rightful gutting to recycle thoughts that have lingered in the acrid prequel atmosphere for 12 years now.

“People” actually introduces a complex discussion by polling kids on their love for the newer movies, demonstrating that perhaps Lucas is smarter and savvier than anyone gives him credit for, plugging into a younger generation to restart the “Star Wars” engine. However, the conversation is played for cheap shots at youngsters who actually delight in Jar-Jar, because, you know, how dare they. The topic should logically extend to the unexpected success of the “Clone Wars” cartoon, again opening the franchise to a receptive prepubescent audience, but Phillippe doesn’t even bring up the series. Here’s this massive development in the saga of “Star Wars,” delivering a startling artistic left turn, and “People” walks away from it. A provocative discussion of generational approval is barely scratched. 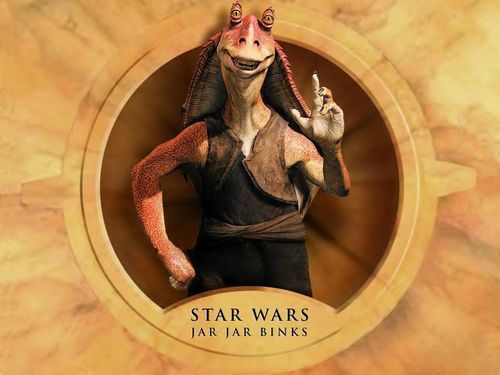 “People” is grabby, swinging over to “Indiana Jones and the Kingdom of the Crystal Skull” to bloody up the subject further, looking to lend some credence to the misfired “Nuke the Fridge” movement that failed to catch any pop culture wind in 2008. Again, obvious targets. What about the visual changes made to “THX 1138,” “American Graffiti,” and “Raiders of the Lost Ark” throughout the years? The technological advances Lucas made possible through the success of the “Star Wars” franchise? Theatrical exhibition standards he championed? Instead, we’re subjected to cruddy YouTube rants and obscure podcasters sharing their thoughts on how Lucas burned them, possibly intentionally, ironically creating instant sympathy for the creator. By keeping silent, Lucas emerges from the film a hero -- the one person refusing to nitpick to an absurd degree.

Fandom is a gale force wind and “People” taps into that fervor, attempting to mold an argument here against what amounts to a shadow. Getting mad about “Star Wars” makes some sense to me (film loyalty is a precious thing), but this documentary is more concentrated on surface fears than penetrating hardened geek exteriors, failing to connect an clear argument worth the time invested. It’s a bent valentine 11 years too late. Everyone else has made these jokes, shared these frowns, and cried these tears. “The People vs. George Lucas” merely reinforces how silly these passions can be when wasted on trivial pursuits. 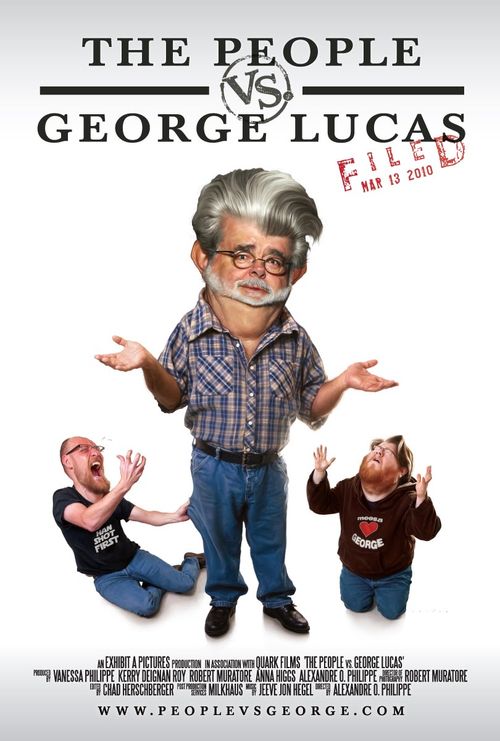