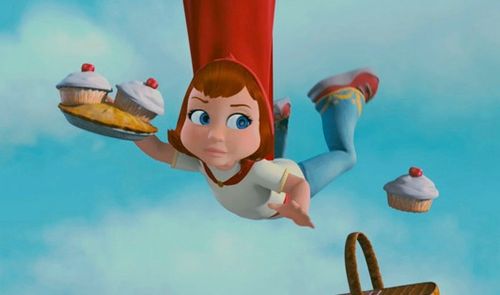 Now here’s a sequel nobody asked for. A modest box office hit, “Hoodwinked” cut through the competition with its brand of fairy tale satire and sarcasm, providing a budget “Shrek” experience for families hungry for something to see in January, 2006. The sequel limps to screens five years later (after a year gathering dust on the shelf), and while the technical effort shows some badly needed improvement, the jokes are as stale and dated as ever, making the second round a sleepy viewing event, despite the presence of a splashy 3D makeover to pinch a few more bucks out of paying customers.

The Happily Ever After Agency has stumbled up a major case when Verushka the Witch (voiced by Joan Cusack) has kidnapped Hansel (Bill Hader) and Gretel (Amy Poehler), holding them for a special ransom. Eager to get her hands on a magical truffle recipe that offers extraordinary power upon consumption, Verushka captures Granny (Glenn Close), forcing her to help bake the treat. Coming to the rescue are Red (Hayden Panettiere), Wolf (Patrick Warburton), and Twitchy (Cory Edwards), using their detective and martial art skills to locate the stolen kids and their elderly pal, only to find Verushka’s plan is far more devious than they expected. 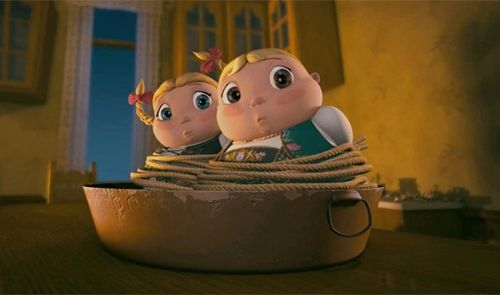 Jettisoning the songs and the vocal talents of Anne Hathaway as Red, “Hoodwinked Too” feels smaller than its forefather, which was already a fairly insignificant entry in the CG-animated genre. Director Mike Disa aims for a harder tone of action and slapstick, dialing down the fairy tale lampoon ambiance to use the characters more aggressively, manufacturing a larger world for the lively wiseacres to explore and destroy. The picture trades whimsy for a broader canvas of double-crosses and 3D showmanship, playing feebly with the established personalities instead of introducing a new wave of troublemakers. The script’s content to give fans exactly what they want, though the level of creativity leaves much to be desired.

On the plus side, “Hoodwinked Too” offers a stronger animation effort, which isn’t saying much when the original movie looked largely unfinished, offering viewers a blocky, featureless universe of stiffly rendered creatures. The sequel still has trouble with lip-synch and dense textures, but it’s a visual upgrade. Less successful are the gags, which rely on puns, poots, and crotch wallops to provide humor -- more juvenile than jocular. Not that the original picture was any summit of screen comedy, but there was a noticeable acid that’s been watered down for the follow-up. Also deflated are pop culture references in the picture, with “The Silence of the Lambs” getting some screentime, along with a nod to “Starsky and Hutch.”

Because when one considers family entertainment in the year 2011, visual references to “Starsky and Hutch” immediately spring to mind. 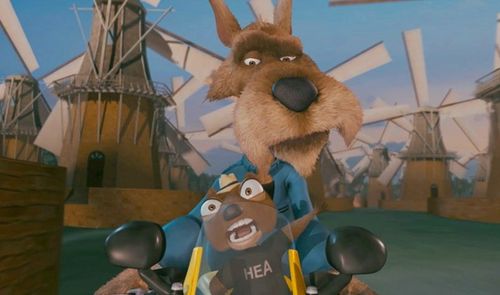 The voice work is lethargic, especially from Warburton, who always manages to kill scenes with his uneventful improvisational skills. Hathaway is missed, but she was smart enough to ditch the franchise after a single outing, leaving “Hoodwinked Too” to a cast of bored performers working with woefully uninspired material.

It’s hard to believe it’s been five whole years since “Hoodwinked” took advantage of an empty marketplace by selling “Shrek” fumes. “Hoodwinked Too” reveals the filmmakers weren’t exactly prepared for a second helping, issuing a sequel of limited wit and charm, though, in the film’s favor, it hardly qualifies as a quickie cash-in production. 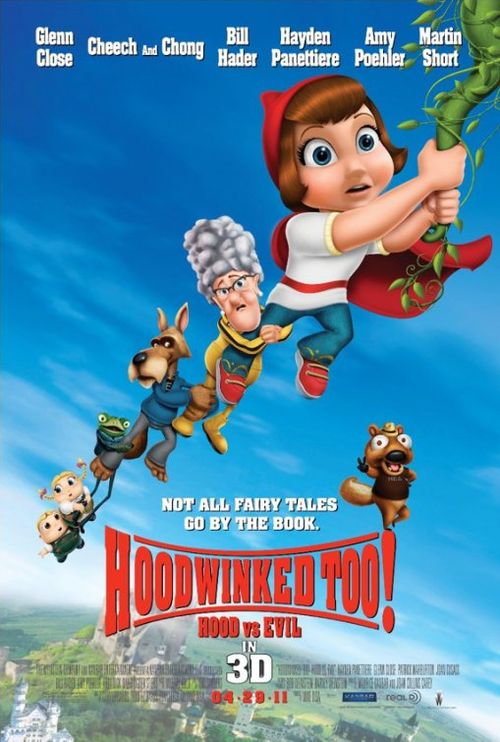