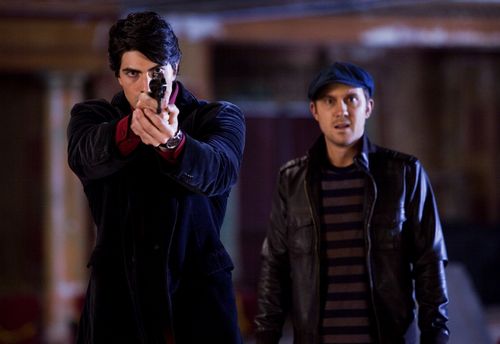 Based on the popular international comic book created by Tiziano Sclavi, “Dylan Dog: Dead of Night” is a monster movie trapped inside an exposition hurricane. It’s a winded movie of relentless explanation, eager to guide newcomers safely into a world of the comically undead, absurdly underlining every single move it makes. The thoughtfulness is commendable but the storytelling is atrocious, wrecking a perfectly low-fi creature feature.

After the murder of his love, undead investigator Dylan Dog (Brandon Routh) has traded werewolves and vampires for the simpler life, keeping a low profile in New Orleans. When a monstrous incident involving the enigmatic Elizabeth (Anita Briem) occurs, Dylan is pulled back into his old routine, pairing with his zombie assistant, Marcus (Sam Huntington), and reentering the underworld, on the hunt for a vampire device tied to the rise of powerful bloodsucker Vargas (Taye Diggs). Armed with specialized weapons and his vast experience working the monster beat, Dylan faces a powerful enemy in Vargas, who hopes to disrupt the balance of power the detective is tasked to protect. 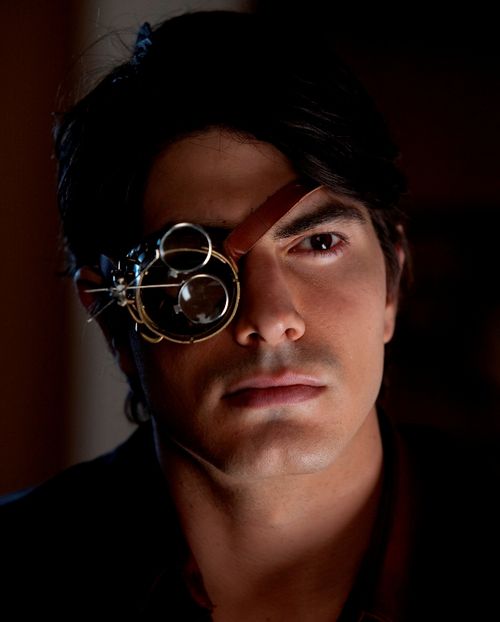 Feeling out a slight 1980s, PG-13 monster movie vibe, director Kevin Monroe was handed material with amazing potential, offered a crooked character in a wild world of ferocious beasts and brutes -- a Burtonesque universe at times, playing up a comedic twitch within gruesome daily business. Sadly, with the character comes an exorbitant amount of clarification, challenging the screenwriters to dream up an adventure for Dylan that establishes his mission, explores his motivations, toys with supporting characters, and prepares for sequels. That’s a lot of ground to cover over 100 minutes, with the script panicking to make sure audiences keep up with all the movement.

The amount of exposition in this picture is ridiculous, highlighting characters who persistently yap their every thought, and there’s Dylan himself, who supplies a hard-boiled voiceover detailing the character’s investigative methods and knowledge of the New Orleans creature underworld. Roughly 80% of the feature is devoted to people explaining things, which demolishes the smooth pace Monroe looks to achieve. The verbal diarrhea also flicks away the fun factor of Dylan’s monster encounters, which still retain an amusing man-in-suit retro quality in today’s CG-animated marketplace. Cruelly, there’s no momentum with the scuffles, spaced too far apart to generate energy. Monroe is too distracted just trying to keep the plot coherent, leaving little time to concentrate on Dylan’s combat skills. Though the film hauls in pro wrestlers (Kurt Angle) and insufferable acting hams (Peter Stormare) for the slaughter, Dylan would rather explain what a creature is capable of instead of pounding it into oblivion.

And frankly, after all that effort to keep the story in shape, I was still a little baffled by the events in the film. Not outright confused, just overwhelmed with faces and places. Monroe should’ve simplified the script, strengthening the macabre charisma of the material, keeping the running time down and the geeky horror thrills high. 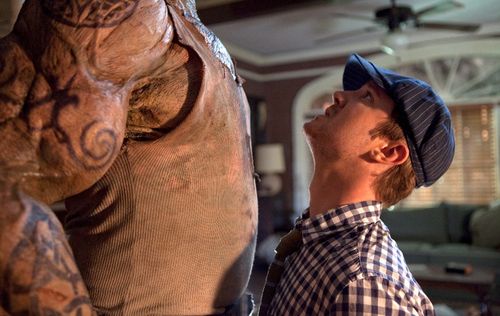 Though out of his element, Routh is the least of the film’s problems, turning in affable but unconvincing work as the demon dick. The “Superman Returns” star has the physicality for the brooding part, but he’s saddled with a dreadful script. Inflicting more damage is the supporting cast, with Briem blank as the female entanglement, while Huntington is unbelievably aggressive as Dylan’s freaked-out lackey, a delicate supporter forced into a zombie lifestyle he frantically resists. Facing detachable body parts and a diet of worm burgers, one would think the actor could come up with something humorous to share for his supporting role. Instead, it’s all rotten improvisation and screaming. Even Routh looks irritated with Huntington’s feeble sass.

I wanted to enjoy “Dylan Dog: Dead of Night,” if only because films of this ilk are rarely produced anymore. However, it’s a bust. An extraordinarily talky, tedious, unmonstery bust. ﻿ 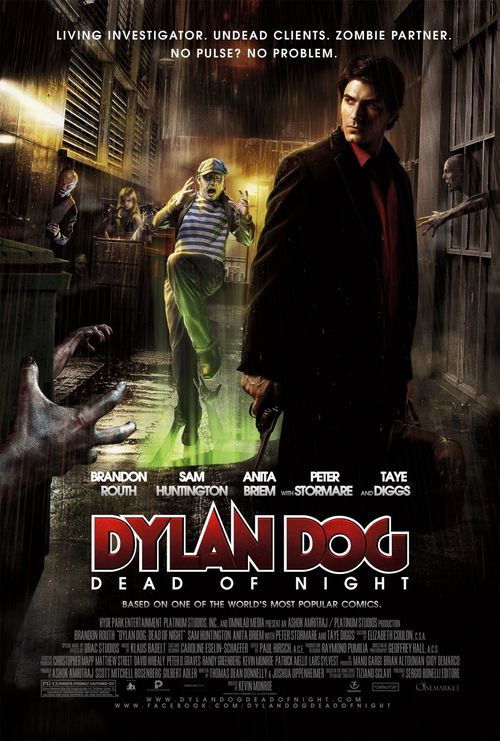