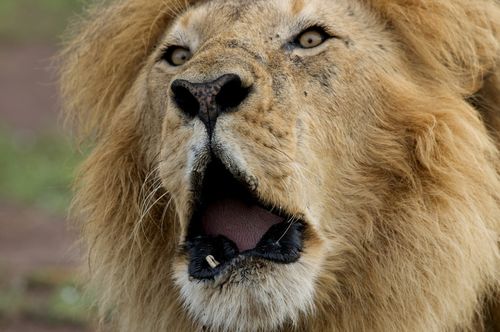 Disneynature has taken on “Earth” and “Oceans” with reasonable box office success, but a story was clearly missing, something substantial to support the glorious images of life unleashed. “African Cats” attempts to rectify the situation by assigning personalities to an assortment of wild creatures, manufacturing a human drama to compliment the animal one. Thankfully, the producers stopped at exaggerated narration from Samuel L. Jackson, turning down the opportunity to have these regal creatures of Africa speak or possibly rap.

“African Cats” takes cameras deep into the heart of a Kenyan wildlife preserve, where a crocodile-infested river divides a family of cheetahs from a pride of lions. Here, the sides do their best to survive the elements, relying on their instincts to hunt for food and protect their young from predators, making a home for themselves in a dangerous environment. We meet Fang, an established lion leader who wears his broken tooth like a badge of honor; Sita, a cheetah mother desperate to keep her cubs alive while roaming the land; and Layla, a weary lioness facing a barrage of injuries that threaten the safety of her daughter, Mara. With the area in constant turmoil, the cats struggle to protect themselves and their loved ones, prowling the savanna with instinctual might.

Noted yeller Jackson is a voice of “African Cats,” and it’s a rich, expressive effort of narration that elevates the viewing experience, pulling the audience into the instability of the region. Instead of dryly recounting the on-screen action, Jackson imparts an energetic verbal accompaniment, plowing into the inner workings of the animals, expressing their thoughts and fears. The actor slaps a sense of life into fundamental animal behaviors, eagerly articulating weary and playful souls, incoming threat, and growly positions of dominance. He’s great fun to listen to.

Instead of an episodic look at nature in motion, the producers have elected a dramatic route for “African Cats,” and the effect works for this specific area of animal entanglement. Turning plays for power and survival into intimate drama (most celebrating the power of motherhood), the film creates a comforting tone of comprehension, though something primal is lost in the translation. The personification of the cats robs the film of vigorous wildlife investigation, simplifying complex sounds and glares to understandable actions the whole family can enjoy. Perhaps it’s not perfect science, respectful of essential circle of life study, but the overall effect creates a cinematic determination the feature wouldn’t otherwise enjoy. 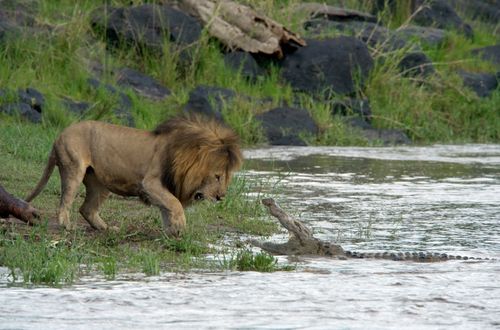 Holding up their side of the bargain, directors Alastair Fothergill and Keith Scholey provide stunning images of Kenyan expanse, sweeping across the reserve to capture sumptuous footage of geography and animal antics. The filmmakers provide the basics of stalking, killing (though graphic content is toned down), and wrestling, while also sneaking in close to the subjects, observing the subtle acts of communication. The picture is marvelously shot, as to be expected from a nature film, yet “African Cats” makes a fantastic impression with its ease of proximity, offering a feast of events with these majestic creatures. 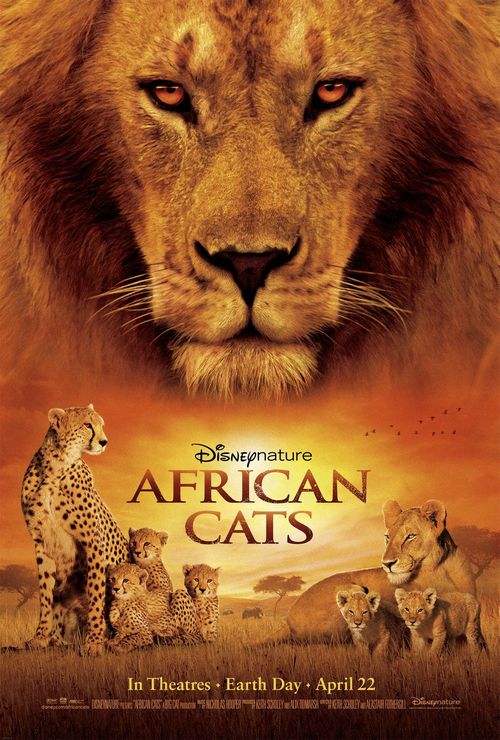