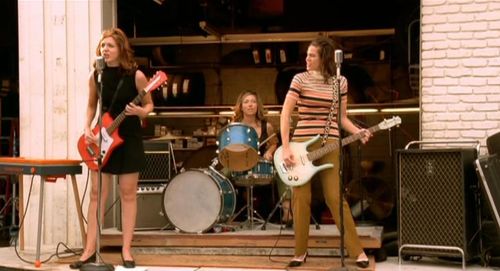 In a day and age when so many filmmakers lean on camp to pay tribute to the monster movies of old, “Monster Beach Party A-Go-Go” plays surprisingly straight. A valentine to the creature features of the 1960s, the film has an unexpectedly low-key presence, content to tinker with a few traditions and tug at some goofy genre habits, but refuses to squeal, accepting the challenge of recreating beach party horror with refreshing semi-seriousness.

Theodora (Claire Robinson), Carol (Mary Kraft), and Jody (Cynthia Evans) make up The Violas, an all-girl garage band touring the Southeast beach circuit as they work toward stardom. When their car breaks down in a rural town, the ladies are forced to spend the night, desperate to make their way to a crucial Florida gig. However, a stalled car is the least of their worries when local cops and scientist John (Jonathan Green) discover the presence of the mysterious Skunk Ape, a hairy terror who’s already killed a few innocent beachgoers, stalking the night on the hunt for more victims. 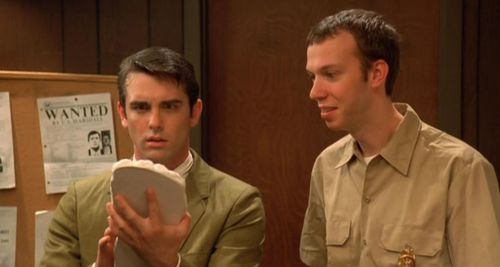 “Monster Beach Party” (originally titled “Stomp! Shout! Scream!” and shot in 2004) is a modest production patterned from the likes of “The Horror of Party Beach” and similar pictures that married the sweet sounds of low-fi rock and the cheesiness of absurd monsters. Writer/director Jay Wade Edwards demonstrates a clear love for the genre, fashioning his own spin on amateur theatrics, providing more of a retro roll than outright mockery. The fact that “Monster Beach Party” avoids absolute camp is remarkable, gifting the film a few pleasures it wouldn’t otherwise own if Edwards decided to crack up the winky outrageousness. While still steeped in genre satire, the picture plays kindly, enjoying the moment.

While gentle, “Monster Beach Party” isn’t very funny, also having difficulty finding some actual plot to develop. Once the characters are positioned, there’s an extraordinary amount of exposition and tepid character beats, weakening the pace of the picture. The performances are comfortably retro and easygoing enough, yet there’s not much tension, comedic or romantic, with Edwards unable to pump oxygen into the script. And the Skunk Ape business is more tell then show, with the man-in-suit monkey business reserved for the final 10 minutes of the movie, and even then it never pays off as it should. Edwards has a fun idea that barely bursts forth, and his command of comic violence leave much to be desired. 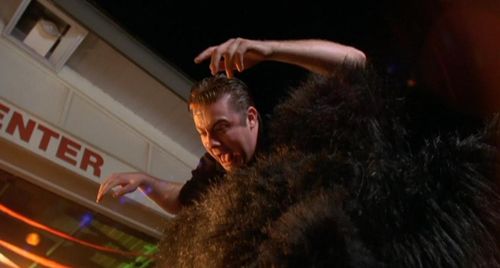 The anamorphic widescreen (1.85:1 aspect ratio) presentation isn’t the cleanest representation of the film, with the image revealing jagged edges and softness. Colors are boldly showcased to reinforce the beach and period atmosphere, but generally mush together, with bleeding diluting the graphic effect. Black levels are comfortable, keeping evening sequences alive.

The Dolby Digital 2.0 mix remains expectedly simple to project the rock band mood of the film, with musical numbers sounding frontal and heavy. Atmospherics are overwhelming, with waves and beach activity stepping all over the dialogue, making verbal exchanges difficult to understand at times. I also detected an audio dropout near the end of the first act.

No subtitles are offered.

“Behind the Scenes” (41:28) looks to convey the production process through 11 short featurettes, ranging from band practice to on-set camaraderie. Backstage exertion is successfully expressed through a generous amount of BTS footage, though much of the tape presented registers more as private home movies than a true exploration of the creative process. Criminally, there is no Play All function offered here.

“Slideshow” (2:35) offers a peek at some BTS pictures, revealing a few of the filmmaking tricks. 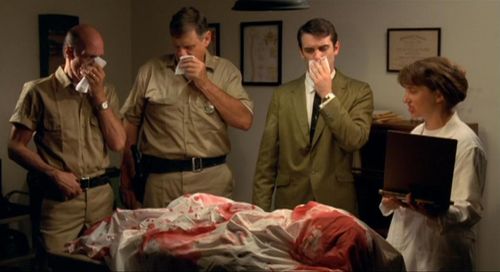 A highlight of the film is the music, with band Catfight! stepping in to provide The Violas with their requisite groove. The songs are comical, but effective, making a pleasing ruckus when the film needs it most. It’s odd to recommend music as the best part of a monster movie, but everything else presented in the picture isn’t nearly as rambunctious and gleeful at the tunes. The Skunk Ape just can’t compare to the charm of an all-girl rock band from the 1960s.