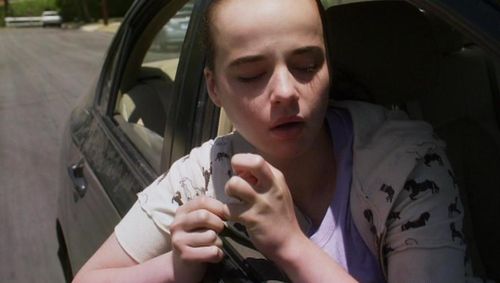 “Fly Away” details the experience of autism in a stressful manner I’ve never seen before, outside of the occasional documentary. It’s a stimulating sense of realism that helps to shape a raw, compassionate portrait of life lived with the disorder, finding pauses of behavior and response that shock and enlighten. It’s not an easy film to watch, but it’s a picture of immense importance, capturing an intimate state of mind few are allowed to visit.

Jeanne (Beth Broderick) is a harried mother to Mandy (Ashley Rickards), a teenager with severe autism. Working a decidedly co-dependent relationship with minimal outside interference, Jeanne and Mandy have developed a routine of sorts, with the mother urgently attempting to preserve a life for her frantic daughter, despite a call for hospitalization coming from school officials and Mandy’s estranged father. Unwilling to ship Mandy off, Jeanne struggles to maintain daily business in her consultation career, spending much of her day controlling Mandy’s outbursts and curiosity, which have grown more intense as she matures, leaving Jeanne with few caregiving options left. 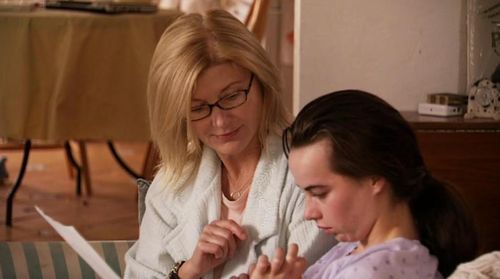 In her debut as a feature-length filmmaker, writer/director Janet Grillo makes a very bold move with “Fly Away,” a picture with a subject matter few will likely voluntarily approach. Mercifully, Grillo has chosen a semi-chilly approach to the plight of Jeanne and Mandy, inching away from overt melodramatics to seize behavioral authenticity, observing the intense interplay between the twosome, which ranges from emotional breakdowns to tender mother/daughter flashes of connection -- fleeting breaks in the storm where the disorder washes away for an instant, reminding Jeanne of her child’s soulfulness and fragility.

Ostensibly focusing on Jeanne’s story of frazzled domestic coping, “Fly Away” takes immense care with Mandy’s condition, portraying autism as a juvenile state of mind fighting a developing body, with the young character chasing urges to a breathless degree, slowly working toward adulthood without necessary skills of independence -- a realization that drives the narrative and haunts Jeanne. Rickards is a triumphant force of authenticity in the picture, shredding any false beats of indication to simply become Mandy. It’s a full-blooded performance of miraculous complexity, with Rickards establishing a colorful personality in a flurry of tics, yelps, and twirls. Her acting knocked me to the floor, providing Grillo with a tenderly realized foundation of affliction to build upon. 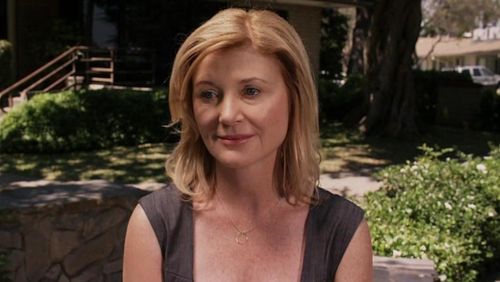 Equally as profound is Broderick, who exudes fatigue and psychological hurt as Jeanne works up the courage to confront the reality of her impossible situation. It’s a brave performance devoid of indulgence, submitting a silent scream that’s unforgettable. The erosion of daily business in Jeanne’s life is distressing to observe, yet Broderick finds a rewarding humanity to play in a piece of acting I’m positive parents of autistic children will be able to relate to. Broderick also shares a few promising scenes with Greg Germann, here playing a friendly neighbor with romantic inclinations for Jeanne, a sincerity that baffles and alarms her. 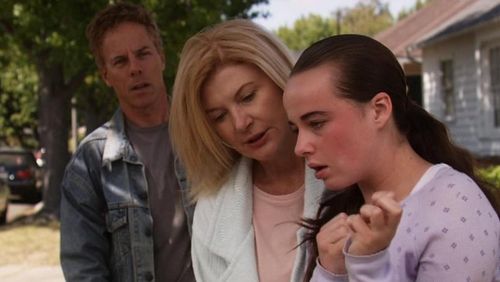 The anamorphic widescreen image (1.78:1 aspect ratio) presentation reveals some difficultly with noise, which permeates a few of scenes, also showcasing some pixelation. Colors bleed a bit, though the primary hues are cared for, while skintones retain a natural look. Shadow detail is a touch on the muddy side, with evening sequences missing a crisp read of frame information.

The 5.1 Dolby Digital sound mix is on the delicate side, delivering dialogue exchanges with a frontal effort that’s easily understood, but not always offering an enriching verbal weight. Scoring cues fare better, floating around the surrounds, never stepping over the screen events. More violent encounters are offered a purposefully horrifying push, summoning the proper state of shock to make a strong impression. A 2.0 mix is also included.

“A Conversation with the Filmmakers” (27:30) talks to key cast and crew about the creation of the film, which emerged from a largely female-driven crew. I can’t tell you how weird it is to see Rickards in motion here, though the opportunity to hear her and Grillo discuss their creative choices and research is illuminating. Broderick is equally as insightful, digging into the delicate psychology of the role. Also of interest are crude visual storyboards, which allowed Grillo to plan out her shots.

“Autism Speaks” (2:24) is a brief clip for the informational campaign. 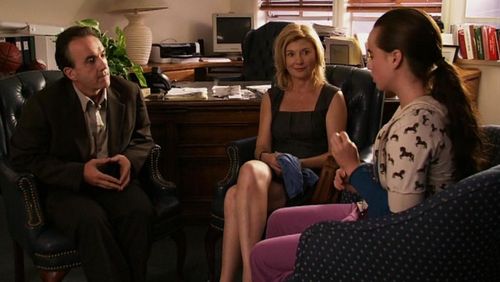 “Fly Away” is modestly budgeted, lacking a hearty production polish, but the emotions are spot on, refusing any splashes of syrup. The story is hopeful too, with Grillo smartly leaving the viewer with an unexpected sense of peace after 75 minutes of disturbance and sorrow. Though it’s demanding, “Fly Away” should be required viewing for audiences of all ages, gracefully shedding light on a puzzling disorder, but also detailing the dedication of a parent faced with an unimaginable task of love. 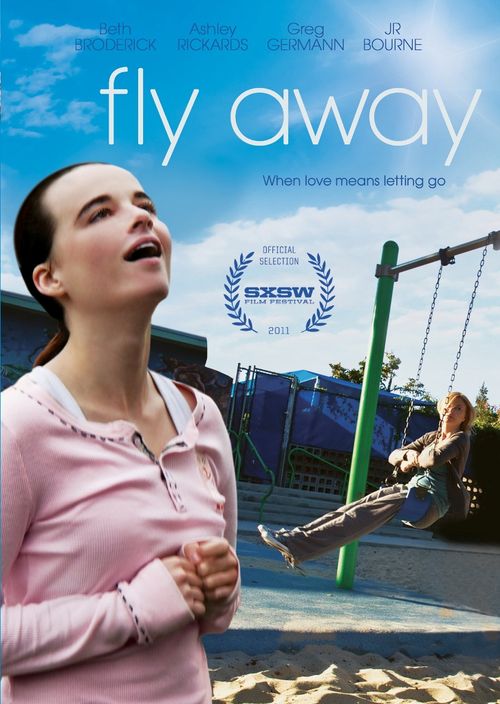