DVD Review - Back to Space-Con 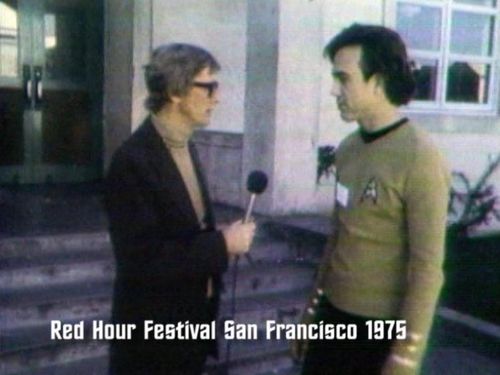 These days, sci-fi conventions are big business, held in cavernous convention centers where the proudly geeky pay big bucks to come within slapping distance of their television and movie heroes. And let’s not forget the merchandise, with rows and rows of dealers selling everything they can get their hands on. Conventions have become a machine of commerce and promotion, but it wasn’t always this way. Zip back to the 1970s, and these gatherings displayed sincerity and passion, stitched together by individuals who adored “Star Trek” and wanted to share their particular interests with others.

“Back to Space-Con” is a documentary tracing the development of sci-fi conventions on the west coast, zooming back to 1975, where a few ambitious types decided to fashion their own “Star Trek” celebration inside a Northern Californian high school. It was a leap of faith move, trusting the developing swell of support for all things “Trek” would be enough to sell a few tickets. Thousands showed up, stuffing the halls with all manner of sociable geek and costumed Vulcan, creating a mob of excitement that would eventually snowball into a mighty industry. 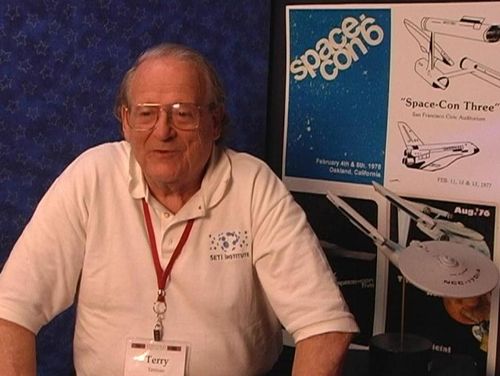 Treating the Space-Con years (which began life as the “Red Hour Festival,” founded by Chuck Weiss and Arian Sandy Sarris) with reverence and a nostalgic glow, director Tom Wyrsch smoothly summarizes the history of the events, using interviews with various con players (including Ernie Fosselius, creator of “Hardware Wars”) to express the leap of faith atmosphere of the first gathering, which soon grew into a yearly institution. The conversations are animated and informative (exploring the occasional controversy), pulling the viewer into a specialized ambiance of discovery, eons before the internet flattened the idea of sci-fi fandom and studios commodified the enthusiasm. These people wanted to put on a show for the faithful, preparing a convention with little polish but great intentions. They also had a little help from a local late-night television host named Bob Wilkins. 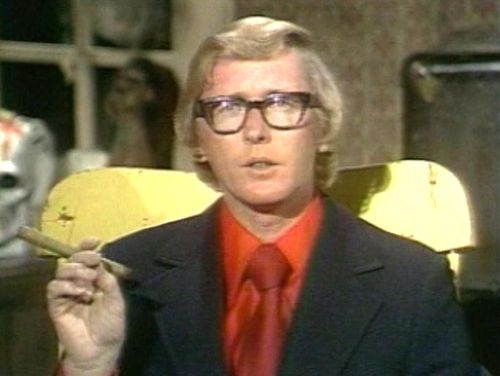 Helping to promote Space-Con and the Red Hour Festival on his cult programs, Wilkins also dragged along a camera to the events, interviewing fans and celebrities to capture the dedication and excitement in the air. This footage is a primary component to the “Back to Space-Con” viewing experience, with Wyrsch rolling out an amazing time capsule, seizing the infancy of the geekgasm. These are kindly folk in homemade costumes, eager to express their adoration for “Star Trek” for the camera, while dealer room shots spotlight the claustrophobic crunch of bodies -- a lump of sweat and polyester crawling from table to table. The images are extraordinary, spotlighting an innocence of sorts, a union of like-minded souls converging inside a location devoted entirely to their interests. It’s was a relatively novel idea at the time, soon growing into an empire.

I’m not sure I can accurately express how marvelous and unique the con floor footage is, with Wilkins an unusual reporter, indulging his subjects as they show off their costuming labor or, in one case, the magic of a homemade transporter room. Wilkins isn’t here to share his memories (he sadly passed away in 2009), but his family fills in the gaps, enthusiastically recalling their adventures alongside their father/husband as he waded into the nerdly unknown. 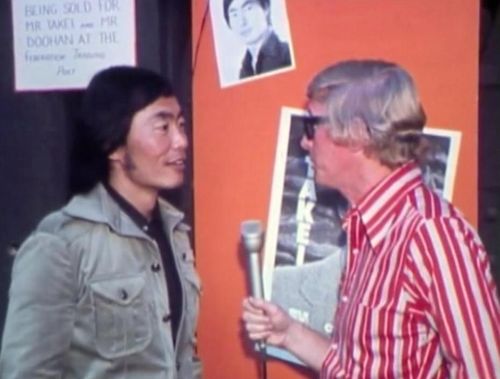 “Star Trek” is the primary source of worship for the early years of the con, with the documentary detouring into the saga of a shop (opened by Weiss and Sarris) devoted entirely to the franchise, down to Starfleet patches and a barrel of stuffed Tribbles. Love for Gene Roddenberry’s creation was the creative spark for the event, with players such as George Takei and James Doohan making themselves available to the fans, with Leonard Nimoy and William Shatner (in the infancy of his smarm) soon following -- all taking an impressive appearance fee, mind you, but clearly relishing the rush of admiration. Again, there are jewels in the footage, providing a close inspection of con poise from the “Trek” crew, with Takei the most eager and articulate member, always there for the fans and any available cameras. 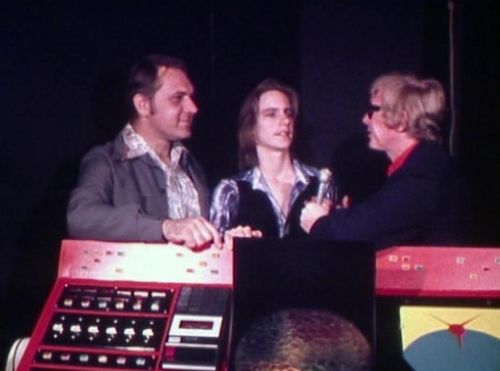 Of course, once “Star Wars” stormed the scene in 1977, everything changed for the cons. Faced with Lucasfilm legal might (as opposed to Paramount’s laissez-faire attitude) and an influx of Jedis and Sith Lords, the events started to lose their “Star Trek” purity. It’s also interesting to learn how these gatherings influence the creation of “Star Trek: The Motion Picture,” showing the powers that be the sheer number of folks craving a resurrection of their beloved space adventure. 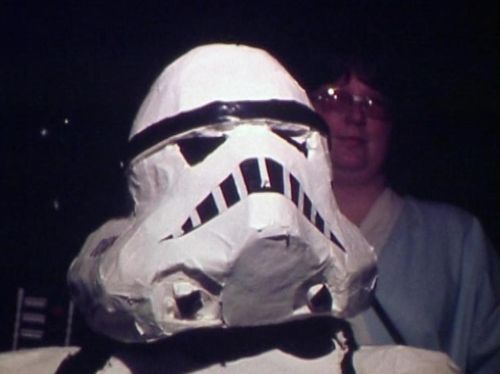 The full frame image presentation fits a documentary mood, with the HD cinematography satisfactorily displayed here. Interview footage is basic in design, but the details of the participants are well cared for. Better is the film footage, which brings out a different sense of color and film-like life, with these old reels in surprisingly healthy shape (not perfect, but strong enough). It’s a modest presentation, but a comfortable one, with no overt digital hiccups or strain.

The 2.0 Dolby Digital sound mix is a straightforward run of interviews and footage, blended well here, without any annoying divide in quality. Interviews are crisp and easily understood, enjoying a supportive sound quality. The older clips battle a few patchy moments, but the basic emotions are felt, successfully sustaining the festive mood.

There are no subtitles available. 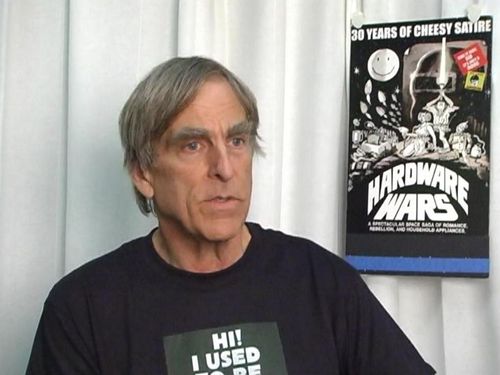 “Starbase 1” (7:12) travels to San Jose with Wilkins to cover the 1976 opening of a store devoted to all things “Star Trek.” A conversation about business intent and merchandise offerings ensues, along with some robot antics. Just because.

“Red Hour Interview” (5:19) is a piece of audio promotion with Wilkins and Weiss, who chat up the details of the inaugural event over images from the festival program. “Back to Space-Con” isn’t glossy or grandly illustrative. It’s a humble effort of recollection lovingly and skillfully assembled by Wyrsch, who throttles the clips and memories with superb timing. The documentary is pure eye candy, an incredibly evocative source of con floor memories and genre idolatry, returning to a purity of fan-driven commerce and mutual genre interest that’s sadly long gone today. This documentary is simply irresistible. 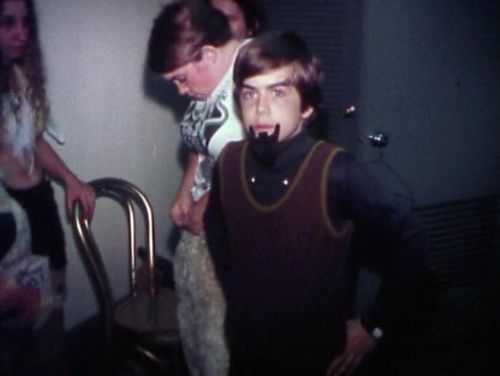