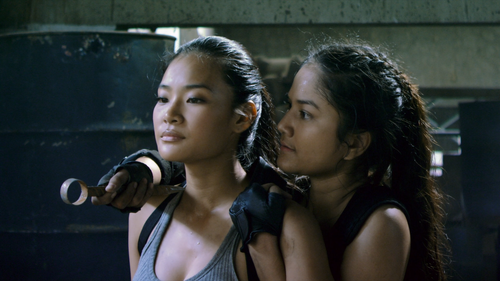 Most modern Thai films that have successfully navigated their way to American shores are either relentless Muay Thai bruisers or sensitive cultural dramas. “Vanquisher” is just a run-of-the-mill actioner, pieced together with very little money and starring “Explosive Martial Arts Star” Sophita Sriban -- though your friend and mine, the internet, dredges up very little information about this woman. Perhaps this is for the best.

As for the plot, I’m a little hazy. “Vanquisher” has a nasty habit of introducing characters without any distinct personality, while vomiting exposition about some type of terrorist event occurring in Bangkok. There are shifty C.I.A. agents, doubting cops, and warrior wearing an A-shirt (Sriban), born from a specialized training program. I could write that “Vanquisher” was too complicated to follow, but that’s lunacy. I chalk my confusion up to feeble storytelling from writer/director Manop Udomdej, who’s so intent to wow viewers with a swirling command of government intrigue and terrorist happenings, he overlooks the basic art of introduction, failing to burn these faces into the screen. Most of the film is a mushy pile of poor communication and random ninja action, and frankly, I never gave a damn about any of it. 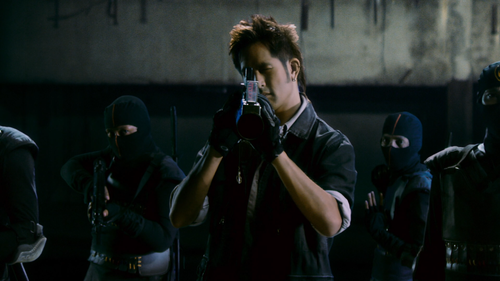 Scripted in the most hackneyed manner imaginable (with crummy dialogue I hope was obliterated in the translation), “Vanquisher” also has to struggle with a decided lack of budgetary coin. Most of the film is shot in front of crude greenscreens or in nondescript warehouse locations, creating a hollow, artificial feel to everything depicted. Sloppy visual effects sink the effort, with rudimentary CGI around every corner. Why the director would attempt such ambition without the needed money to bring his vision to life, I will never understand. However, there’s a campiness to a few of the scenes that might save the movie for some, including one goofy sequence where the filmmaker takes footage of Sriban running on an off-camera treadmill and turns it into a flippy-doo escape sprint from an exploding train.

To come to something like “Vanquisher” and expect a rational story is ridiculous, I know, but a little dramatic effort never hurts. Clearly, Udomdej is overwhelmed by the challenge here, leaving the action sequences to save the experience. Wrong again. The fight encounters are led by rapid-fire editing and stiff choreography, relying on camera cheats to register as exciting. There’s no human element of endurance and blunt force to devour, and Sriban doesn’t exactly come across as a potent threat as she lightly smacks around stunt men. Desperate, it doesn’t take long for Udomdej to bend reality by imparting his female characters with the gift of flight and the ability to bend swords at will. Calling the picture ludicrous is being too kind. Then again, anything that keeps attention away from the insipid double-crosses and silly terrorist talk is welcome, especially when the film tears into George W. Bush and the Iraq War (the film’s copyright is listed as 2009). Real world ache has no business in a movie that can’t even get simple spatial relationships right. 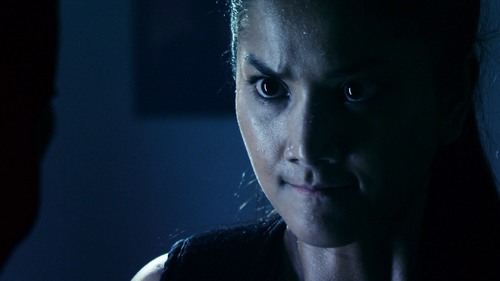 Fundamental make-up work also seems to perplex the crew, with one of the lead actresses running around with a visible blemish underneath her nose for a good chunk of the running time. It’s an unfortunate continuity blunder, but worse, an affront to basic standards of industry glamour. I can’t imagine the actress is happy with this development. 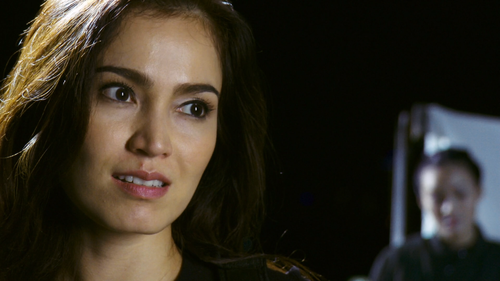 The AVC encoded image (1.78:1 aspect ratio) presentation does fairly well with intense close-ups, providing a proper amount of detail to faces, capturing crisp, intense reaction from the cast. Costume particulars are also well served here, pulling out textures of the fabrics. Shadow detail is less stable, with pixelation visible during a few low-light encounters, while the finer points of darker action sequences fail to retain a suitable clarity. Skintones are accurate, while color survives the best it can, with the film refusing any overt flash, accentuating cool blues instead.

The 5.1 DTS-HD sound mix is a crunchy, forceful listening experience, capturing the mayhem with decent sense of separation and frontal force. Dialogue exchanges sound hallow and tired, easily overtaken by scoring cues, which bring about a feeling of urgency the film is reluctant to conjure visually. Fight scenes bring forth more of a low-end response, with directionals employed tightly, swinging around with swords and fists. It’s a loud track, eager to keep attention on the screen. Without fully exploring the sonic space, the mix does fine, helping the film to seem more exciting than it really is. A Dubbed English track is also included.

“Making of ‘Vanquisher’” (7:58) is a reasonable discussion of the film’s history and production challenges, with director Udomdej and the cast chatting up their efforts to bring the film to life. Of course, there are plenty of promotionally minded whoppers shared here, including a claim that the movie is “80% action.” Not even close.

“Behind the Scenes” (7:35) offers a pleasingly spare snapshot of the production in motion (crippled some by patchy audio), displaying stunt work and thespian mistakes.

An International Trailer is also included. 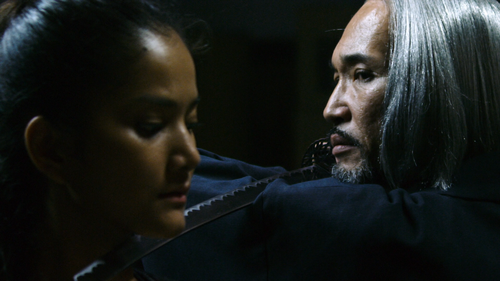 “Vanquisher” is a complete waste of time, and anyone with a fondness for Thai action cinema would be well advised to skip it. We have plenty moronic, cheapy DTV thrillers in America already, no need to start importing them from countries unpracticed in such brainless time killers. 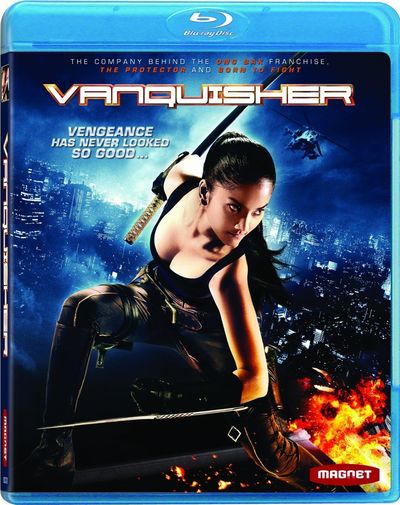