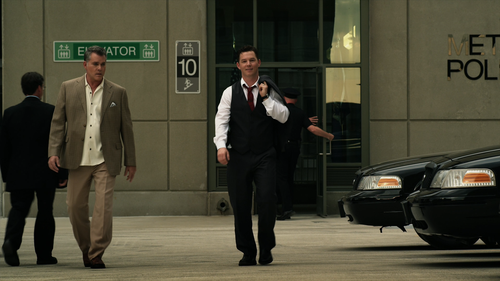 It seems rather odd that there’s a DTV sequel to the 2008 police drama, “Street Kings,” but perhaps 20th Century Fox knows more about the original film’s bottom line than I do. As strange as the film’s existence is, the procedural and thriller mechanics are well oiled in the compelling distraction, which returns to the black heart of cops and robbers and their mutual interest in stolen money and dirty deeds.

When an undercover cop is killed under mysterious circumstances in Detroit, Detective Dan Sullivan (Shawn Hatosy), a relative newcomer to the job, is called in to investigate, finding a web of corruption that’s difficult to pin down to any single source. Paired with Sullivan is vet cop Marty Kingston (Ray Liotta), a former associate of the slain officer, brought into the case to help illuminate contacts and link suspects. As the two opposites hit the street, bonding over family and a shared passion for justice, they discover a baffling network of crooks and cops to sort through, with Sullivan making critical discoveries about the case that come to threaten his own life. 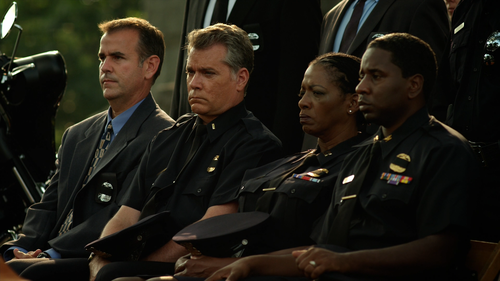 The streets of Detroit once again play host to some low-budget crime and punishment, with “Motor City” hitting many of the same locations used in recent DTV productions “S.W.A.T.: Firefight” and “Game of Death.” Taking advantage of the area’s crumbling architecture and aroma of lawlessness, director Chris Fisher (who previously made the unspeakable “S. Darko”) arranges a moderately engaging thriller molded from a wet mound of clichés, scripted by Ed Gonzalez and Jeremy Haft.

If you’ve seen a dirty cop movie, you’ve already seen “Motor City,” with the writing team brazenly reheating twists and turns to update the flimsy “Street Kings” mythos. The film’s predictability is disappointing, but the writers at least have the decency to reveal true intentions concerning Sullivan and Kingston about 30 minutes in, making the movie less of a mystery and more of a suspense experience, with the two cops cautiously circling around the same case, one side hunting for justice and the other desperate to protect his own interests. The familiarity of the material robs the film of surprise, but Fisher executes the entire adventure proficiently, taking care of performances and general Detroit menace, deploying his limited coin agreeably through a series of decaying buildings and neon-blasted underworld pit stops. The film looks sharp, which helps to digest the routine nature of the plot. 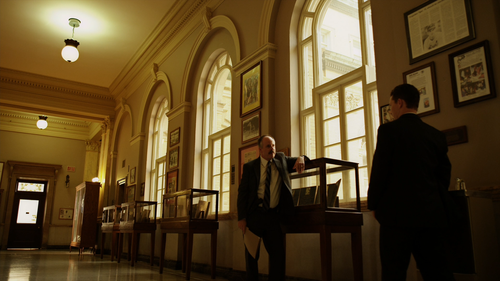 Also elevating the material are the performances from Liotta and Hatosy, who make for an intriguing pair of suspicious cops, spending the movie working angles, chasing suspects, and bonding through family time. The actors provide the requisite grit and stress of pressured police, while infusing the film with a commendable tough guy dance, though the grind of paranoia is more accurately performed by Liotta, who’s had a lot more practice in the genre. Also amusing is Clifton Powell, returning from the original “Street Kings,” though in an entirely new character. As a bent cop with perverse taste in after-work relaxation habits, Powell offers the picture an unsettling sleazy side it’s in dire need of. It’s a shame he doesn’t have a larger role to help spread his ick around. 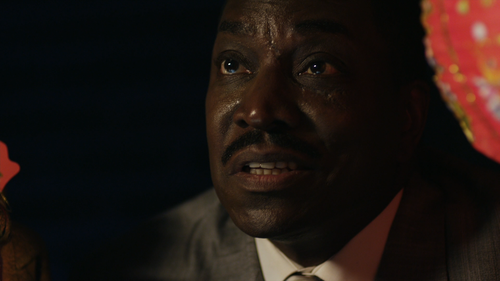 The AVC encoded image (1.78:1 aspect ratio) presentation offers a standard presentation of cop dramatic, submitting a comfortable read of cool colors and cityscape ruin, with dark blues making a strong impression, while lawn greens create a special domestic presence to contrast the urban evil. Lots of low-lit encounters and nighttime meetings in play here, with shadow detail promising, though never remarkable, with costuming textures accessible, along with club interiors. Clarity is reasonable, with a crisp feel of these hard men and their mounting anxiety, with faces adequately detailed, while locations show off their decay and menace.

The 5.1 DTS-HD sound mix keeps to a modest mood of exposition for most of the picture, with a frontal hold on dialogue that sustains the required information while providing some weight to underline emotion. Once the action heats up, the track matches the violent escalation, with shoot-outs cracking marvelously here, providing directional movement to the chases, while maintaining a hollow sound found in cavernous locations. Soundtrack cuts provide a decent throb, though the low-end isn’t a frantic event. Scoring cues are percussive and appealing, well separated from the verbal exchanges. Though never lushly immersive, the mix maintains the essential dramatic force and introspective ambiance with a raw Detroit thump. 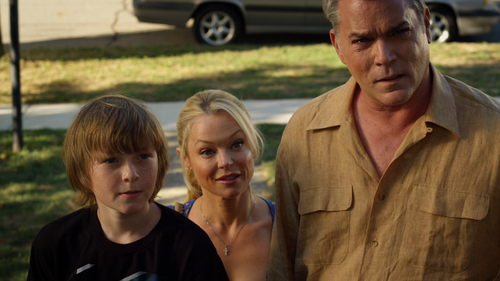 “Deleted Scenes” (2:25) offer Dan some domestic uproar when his investigation frustrates his pregnant wife, and presents some religious reflection for the character in church.

“Creating a Convincing Cop Story” (5:12) turns to the writers and the director, who strived to bring a sense of realism to the motion picture as a way of separating it from the crop of cop shows on television. Lots of gun-speak here, from cast and specialists.

“An Explosive Opening” (4:59) breaks down the introductory shoot-out, which wasn’t part of the script before filming began. Again, the stunt and gun effort is detailed and discussed, along with a peek at the dilapidated location.

“Motor City Setting” (4:37) spotlights the wonders of Detroit, with interviews extolling the virtues of shooting in the city, which provided a tremendous amount of character for the filmmakers to use.

“Weapons Check Personality Profile” is a quiz that peppers the player with police procedure questions, assigning a proper virtual weapon at the very end. 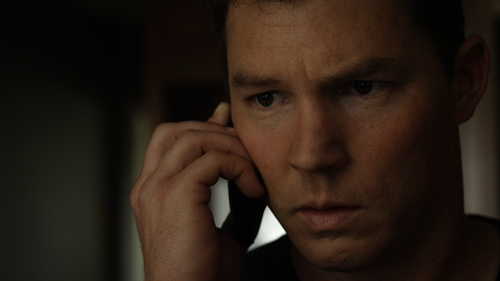 “Street Kings 2: Motor City” pleases more than it aggravates, which is a feat DTV product rarely accomplishes. Though it eventually succumbs to the worst habits of the genre, most of the picture delivers the basics with a welcome spark. Nevertheless, potential viewers would be well advised to turn off their brains while watching, otherwise the dreadful formula of script might cause occasional nausea. 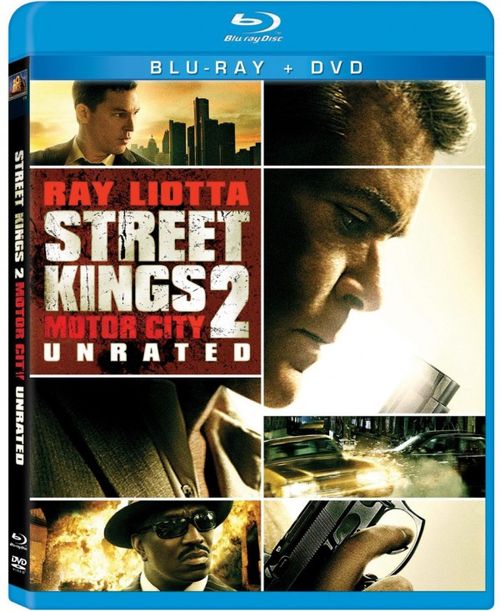