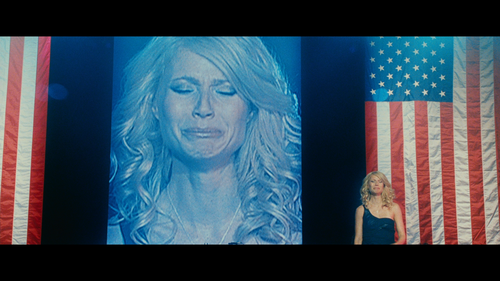 Writer/director Shana Feste aims to pattern her latest film, “Country Strong,” after the tragic love songs of the enduring musical genre. What she comes up with is far more clunky and unimaginative, scripting an intolerable Lifetime Movie-style excursion into the gloomy recesses of fame, making a complete fool out of a confident actress. “Country Strong” is excruciating to watch at times; a wholly embarrassing enterprise that renders country music insufferable, keeps Gwyneth Paltrow in an irritating state of teary distress, and makes one long for the same numbing cell of bottle-clutching isolation that alcoholism gifts to the lead character.

Kelly Canter (Gwyneth Paltrow) is a country superstar fresh out of rehab for chemical dependency, nursing a serious case of guilt after her drunken antics killed the baby she was expecting with her controlling husband/manager, James (Tim McGraw). Put prematurely on a comeback tour through Texas, Kelly depends on the romantic attention of her scruffy opening act, Beau (Garrett Hedlund, “TRON: Legacy”), to get by, only to find his gaze pulled to nervous pop country newcomer, Chiles (Leighton Meester, “Gossip Girl”). Working her way through a few disastrous concerts, Kelly falls deeper into depression and addiction, making a concentrated effort to destroy herself. Beau, torn between Chiles’s aspirations and Kelly’s booze-soaked honesty, watches as a celebrated career goes up in flames, while James is left to pick up the pieces. 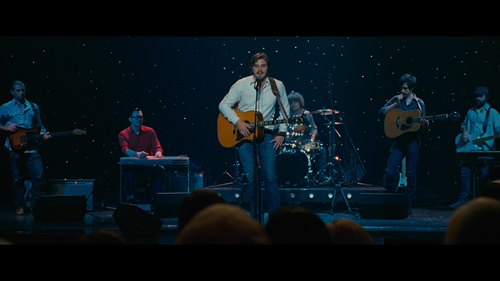 How badly Feste bungles “Country Strong” is a shock to behold, especially after the extraordinary sensitivity she showed with last year’s drama, “The Greatest.” Feste tumbles spectacularly here, slaughtering every last opportunity for a pure communication of grief and superstar pressure to play simplistically with dolls, turning Kelly’s catastrophic story into a series of ludicrous developments and asinine characterizations only interrupted by extended performance clips (gotta sell that soundtrack!). Feste is building a tragedy with Kelly inside an industry where misery is twanged poetry, yet the elegiac effect is lost in the fingerpainted screenplay, which rabidly reaches for dopey hysterics any chance it gets, wasting little time to gun this picture into absurdity to make a cartoon point of disturbance.

The cruelty here is universal, as Feste’s moronic writing reduces good intentions from the cast by playing every moment broadly. While Meester and Hedlund manage better than expected (though most of their performance consists of stares and smiles), Paltrow is utterly humiliated, thrashing wildly to portray a damaged woman even the filmmaker doesn’t quite understand. In a perpetual state of tears and frowns, Paltrow makes Kelly a monster, trusting Feste will edit accordingly to find the proper shades of compassion. Instead, the performance is a trainwreck without necessary redemptive qualities. Kelly’s depressed, aches for abuse, and manipulates, but there’s never a moment of profound reflection, permitting the singer a chance to be human and connect to the viewer. She’s 90 pounds of clichés spun by Feste in a self-important manner that suggests the director was interested in making a thoughtful statement about stardom and self-destruction. The message never punches through. However, there’s plenty of mascara-stained humiliation to enjoy, if weeping, half-starved actresses are your thing. 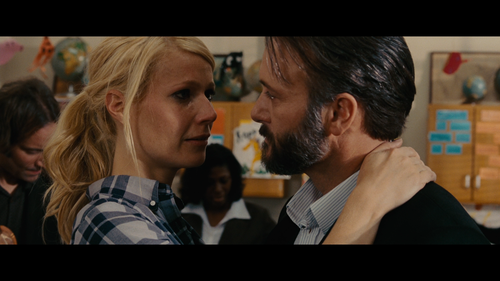 Beau is also a puzzling character, constructed to provide a soulful, musical response to Kelly’s path of destruction. Unfortunately, Feste makes Beau a hapless, patchy-bearded skirt chaser with a comfortable stage presence. It’s impossible to understand his allegedly significant feelings for Kelly when he’s willing to pounce on Chiles at a moment’s notice. The script is confused and episodic enough (at one point, Beau and Kelly hop a freight train to “have fun”), but Beau’s place in this tale goes from baffling to insulting by the film’s end. It’s difficult to offer faith in the character’s integrity when it appears he’ll nail any woman in sight. 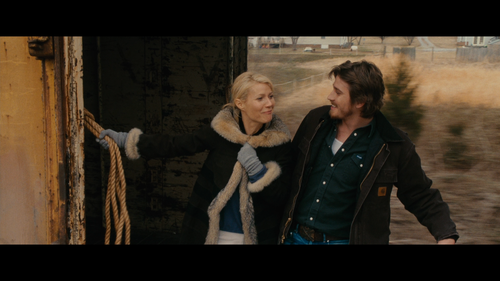 The AVC encoded image (2.35:1 aspect ratio) presentation makes for a comfortable balance back and forth between the harsh, cool backstage realities and vibrant stage antics. Colors are amplified pleasingly during performances, with backgrounds and lighting providing a rich, lush peek at showmanship, with hefty reds and blues vividly communicated. Shadow detail is supportive without losing too much to the darker corners of the frame, able to pull visual information out of dense hair and costuming. Skintones are appealing and natural, while clarity is outstanding, offering set design and make-up details for inspection, maintaining the nuances of facial response.

The 5.1 DTS-HD sound mix for “Country Strong” is a fertile listening experience that leads with music, showcasing a full push for the songs used in the film, from soundtrack cuts to performance sequences. The live acts sound detailed and evocative, with a slight echo employed to convey room size, while instruments are moderately separated to express the band effort. Vocals are clean, along with dialogue exchanges, with the backstage bustle offered a smooth dimensional feel. Crowd atmospherics are generous as well. Scoring cues are soft, but effective. The mix delivers the musical goods superbly, creating a satisfying listening event. French, Spanish, and Portuguese subtitles are included. 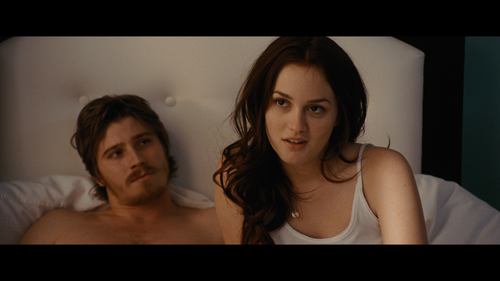 “Deleted Scenes” (4:30) are four very brief scenes of character interaction, with the most substantial inclusion being the introduction of Beau’s drunk mother, further reinforcing his resentment of Kelly’s alcoholism.

“Original Ending” (2:52) is still ridiculous, only here there’s more of a colder resolution for Beau and Chiles. And for all you baby bird fans, there’s some closure for the supporting symbol of Kelly’s lost motherhood.

“Shake That Thing” (4:01) offers an extended stage performance from Paltrow.

“Featurettes” (29:40) is a standard run of BTS information, with cast and crew dissecting casting and production efforts (including costuming), with special attention paid to the songwriters and musicianship of the actors, who brought their own talents to the picture. Everything is quite celebratory here, with nothing in the way of postmortem reflection, making the featurettes insincere.

Music Videos for “Country Strong” (3:57) by Gwyneth Paltrow and “A Little Bit Stronger” (4:46) by Sara Evans are provided. 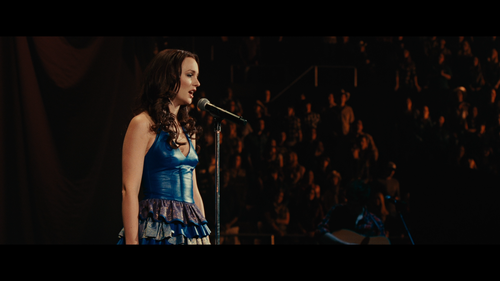 Not content to hand Kelly a shot at salvation through the power of performance, Feste detonates the conclusion of “Country Strong” by indulging behavioral extremity. It’s a ridiculous finale to a ridiculous motion picture, taking matters to drastic ends just to leave viewers with one last icky feeling of manipulation. It seems to me the finest country tunes evoke a sense of melancholy and resignation with a certain irresistible steel guitar pulse. “Country Strong” leaves behind an absolute distaste for life. Not even the worst country songs go that far. 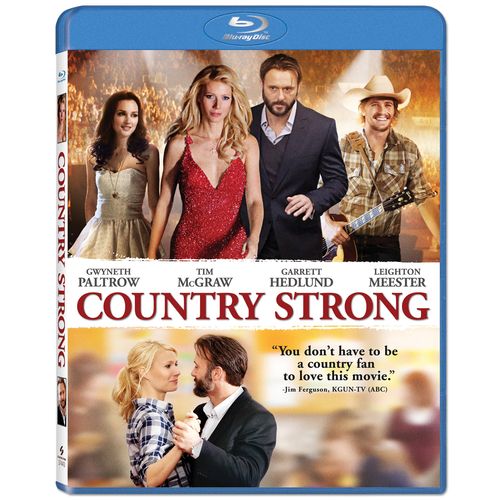 I agree with your review 100%, however it is my favorite train wreck of the moment. it reaches levels of such mind numbing stupidity, that I think it becomes enjoyable. "well it can't get any worse... AND gwenyth is now crying on stage with american flags draped behind her. F&$% YES!"