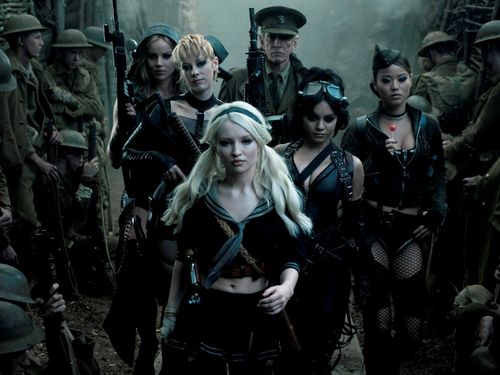 Out of all the adventures I’ve enjoyed over the course of this week, I think my introduction to the masturbatory preferences of director Zack Snyder was my least favorite encounter.

Sent to a mental institution after the death of her mother, young Baby Doll (Emily Browning) struggles with her shock, while the evil of her new surroundings disturb her shattered psyche further. Taught by Madam Gorski (Carla Gugino) to retreat inside her fantasies, Baby Doll is encouraged to pursue a gift for hypnotic dance, whisking her away to a series of fantastical war zones, searching for five items that will help her escape from the institution and the villainous clutches of caretaker Blue (Oscar Issac). Envisioning herself a whore in a brothel of broken women, alongside Sweet Pea (Abbie Cornish), Rocket (Jena Malone), Blondie (Vanessa Hudgens), and Amber (Jamie Chung), Baby Doll works out a group plan to achieve her goals, looking to break out before her time with the mysterious High Roller (Jon Hamm) arrives.

Away from remakes (“Dawn of the Dead”), graphic novel adaptations (“300,” “Watchmen”), and those amazing owls (“Legend of the Guardians”), Zack Snyder is finally ready to dream up something original for himself, testing his abilities as a filmmaker. The result is “Sucker Punch,” a deafening, abrasive fantasy that blends burlesque, anime, “Moulin Rouge,” and “Girl, Interrupted” in a sickly soup, served in an unwashed bowl of noise. It’s an ugly motion picture that represents the worst of Snyder’s instincts, barreling forward as some proudly lunatic empowerment anthem when all it truly seeks to do is mindlessly titillate and destroy, often at the same time. 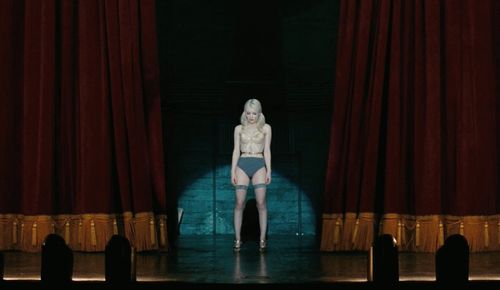 Snyder is making a video game here, and while that’s an easy description to hand “Sucker Punch,” it’s unfortunately quite apt. Gyrating away from her depressive institutional surroundings, Baby Doll imagines herself a warrior in jailbait clothes, armed with guns and swords, staring down enemies that range from giant robot samurai to steampunk Nazis. With her team of teasers in tow, the apple-cheeked, power-pouty dreamer leads the gang into battle, on the hunt for secretive items of freedom, with tutorials supplied by The Wise Man (a stiff Scott Glenn), an elderly general who holds a connection to the women.

Obviously, mayhem is what Snyder is known for, and he lets his clichéd visual aesthetic run free in this wonky wonderland without rules, cramming the film with all sorts of slo-mo glory shots and upskirt activity, using heavy amounts of CGI to bend space and time for Baby Doll as she discovers her inner stripper. Most of it is PS3-inspired rubbish that disorientates rather than energizes, with one encounter on a speeding train rendered a useless display of sensory overload in a picture that could use more substance instead of graceless decimation. 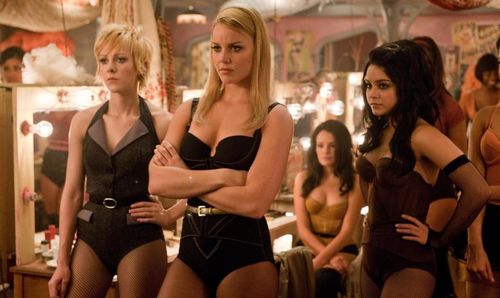 With dragons and orcs chasing the overly made-up and bedazzled ladies, “Sucker Punch” should be some type of orgasmic romp with a faint sense of wonder. Nope. Snyder takes the premise seriously, ordering up lobotomies, murders, near-rapes, and general torment to sustain the picture’s sobriety, only there’s no thematic urge for the film to cling to. Delicate concepts of trauma, fantasy, and psychological escape are left to dangle while Snyder dreams up the next big bang, leaving his actors stranded with incomplete roles (Baby Doll is a complete void in blonde pigtails) inside of a bafflingly scripted motion picture. Also disappointing is the lack of a legitimate threat, with Blue more bothersome than evil, performed aggressively by a miscast Issac, who elects to play the ghoul with broad, hammy indication instead of finding an effective sting of ruthless intimidation. 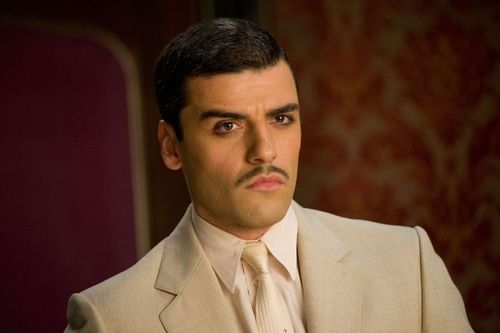 There’s an idiosyncratic musical element within “Sucker Punch” that’s supposed to enrapture and transport, yet it can’t quite peel itself away from being ridiculous. Using covers and mash-ups of famous pop songs, Snyder feels around for an aural pulse to help set the bleak mood, finding a rhythm to backdrop the chaos. The songs merely reinforce the absurdity of everything on display here, with Snyder stopping the film on occasion to manufacture music videos. Reportedly, song and dance played a greater role in the film at one point. All that’s left here are the frayed ends. Another abrupt end in a film of limited follow-through.

It’s tempting to label “Sucker Punch” a mess, but that’s going easy on Snyder. He’s made something authentically confused and moderately offensive, apparently eager to place this dodgy film at the feet of young girls in search of heroes -- his own glossy brand of marketable rebellion. It’s a distasteful presumption that clouds what’s left of his good judgment. 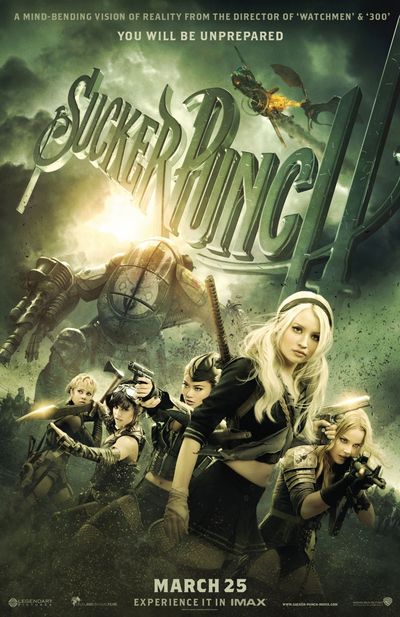 So apparently this guy doesn't get a fantastical film, he takes things to seriously. Some critics are idiots, they take their jobs too seriously.

Apparently some commentors take things too seriously as well. Like an opinion, which is neither inherently right or wrong.