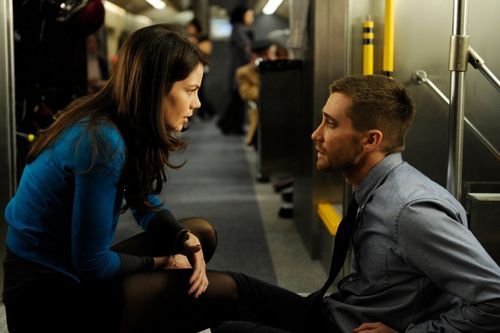 In 2009’s “Moon,” director Duncan Jones found clever ways to refresh sci-fi tropes and instill emotional stakes into a distancing story of isolation. Building on the idea of frustration through separation, Jones keeps the sci-fi and ventures into Hitchcockian thriller territory with “Source Code,” a stunningly crafted suspense tale of alarming surprise and resonance, elevating the young helmer to a level of accomplishment few filmmakers are able to achieve. Winding nail-biting suspense out of pure repetition and moderate existential panic, Jones nails a feverish pitch that takes a bizarre concept and shapes it into exhilarating cinema.

Waking up inside the body of an Illinois teacher, Captain Colter Stevens (Jake Gyllenhaal) is disoriented, finding himself riding on a commuter train to Chicago, sitting across from Christina (Michelle Monaghan), a flirtatious colleague. After eight minutes, the train is bombed into oblivion, forcing Colter back into a steel pod where he’s monitored by camera, manned by a sympathetic officer named Goodwin (Vera Farmiga). Instructed to return to the train and investigate the passengers to figure out the identity of the terrorist detonating the bomb, Colter is sent back time and again, handed eight brief minutes to gather information about the incident, while deducing his own purpose within this enigmatic military operation. 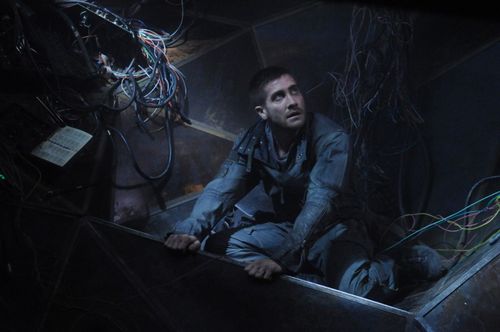 In a way, “Source Code” is a more frantic take on “Groundhog Day,” exploring the lead character’s growth as a detective and human being while trapped in a cycle of doom, living a brief moment in time over and over, frantically searching for equilibrium. The screenplay by Ben Ripley takes a unique position in that he handles the science as well as the heart of the story with exceptional care, keeping the film mysterious but also emotional, finding character within this madness instead of fetishizing the explosive artifice. The script is filled with turns and questions, exploiting Colter’s anxiety as he’s jerked back and forth between the train and the debriefing pod, with each trip rendering him more focused and aware, leading him to question Goodwin, who’s clearly unprepared for the traveler’s responsiveness.

“Source Code” is a puzzle, but not one that alienates the viewer. The math is a bit funky, but Jones and Ripley lock into position immediately, intent on providing a rewarding thriller experience. With each trip to the train, Colter is urged to interrogate his fellow commuters, which confuses Christina and often lands the traveler in antagonistic scuffles with complete strangers. The joy of the film is observing these heated adventures, watching as the character pieces the clues together while attaining consciousness, often sold with exceptional visual effects (a simple moment where Colter leaps from a speeding train is pure movie magic) and propulsive editing, urged along by a furious score from Chris Bacon. Jones conducts with confidence, getting the viewer into the mood of investigation while cleverly reinforcing Colter’s vulnerability and his habitual need to protect the passengers and Christina, despite orders to stick to the facts. 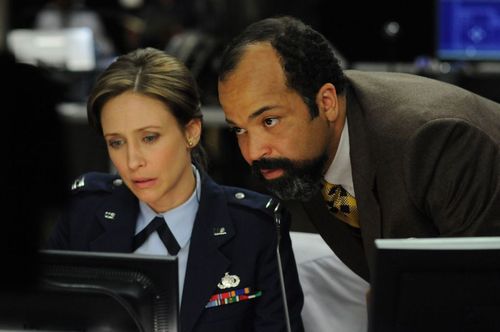 Obviously, I’m not going to push this review into spoiler territory. I wouldn’t dare give away Ripley’s superbly scripted secrets or compromise Jones’s visual invention. However, I need to share praise for the film’s soulful urge, which fills the story with color, raising the stakes where other thrillers would lose themselves to the plastic details. Strangely, Jones extends the conclusion far beyond satisfying climatic strikes, yet I can’t blame the man for his reluctance to let go of his characters. “Source Code” is expert at keeping viewers on the edge of their seats, but don’t be shocked if it encourages a tear or two along the way. Jones has crafted a rounded, weighty thrill ride, and I wouldn’t be surprised if it ends up as one of the best pictures of the year. 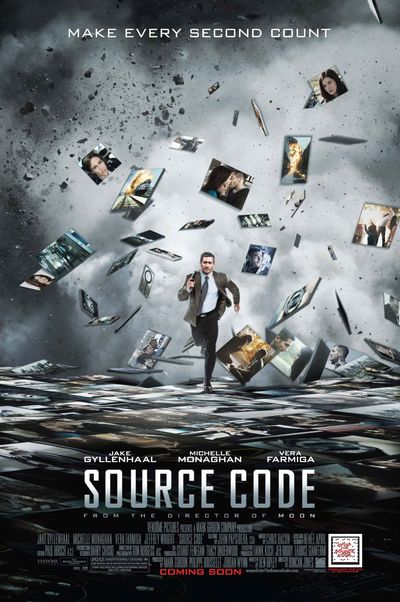