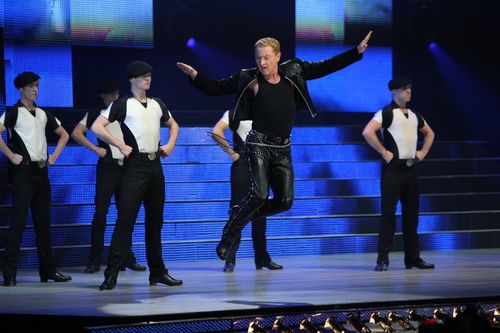 Celebrating their 15th year stomping around the globe, Michael Flatley’s “Lord of the Dance” troupe finally makes their way to the multiplex, an ideal venue to display their flying feet and pearly white smiles. Taking the spectacle further, the feature is presented in 3D, permitting Flatley and the gang screen depth that accurately communicates the dimensions of the stage show, offering fans a front row seat to a celebration of all things Flatley. Sequins shimmy! Dances are lorded! And Flatley magically repairs a broken flute with his rear end! What’s not to like here?

Kicking off in Dublin in 1996, “Lord of the Dance” quickly became a cash cow for Michael Flatley who, now at age 52, looks like a man who’s enjoyed his mega dose of success. Tanned, pulled tight, and muscular, Flatley is a die-hard showman and this film is a love letter to his ego, placing the pose-happy star front and center, while an appreciative Irish crowd at the O2 Arena soaks it all up. The victory lap atmosphere (the film opens with a list of all the sold-out shows Flatley’s enjoyed) is earned I suppose, but certainly tiring, especially when the star wedges in an encouraging message about chasing dreams and never taking no for an answer. “Lord of the Dance” never struck me as a motivational extravaganza, but far be it for me to keep people away from the splatter of spray-tanned inspiration. 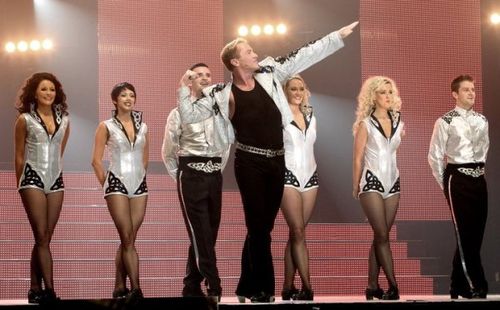 A straightforward presentation of the stage show, “Lord of the Dance 3D” isn’t contorted to fit cinematic expanse, happily dishing out the same narrative and foot fury that’s bewitched crowds since the 1990s. Fans will observe all the hits, leaps, and taps, while fiddle-playing blonde twins, masked baddies, and Flatley in various bejeweled outfits and Greek god poses angle for attention. It’s a high-energy performance, but one of confusing storytelling, with the fantasy mush allegedly rooted in Irish folklore. For newcomers, the blur of spirits, saviors, and villains may come across as pure cheese, but there’s a jazz-hands commitment to theatricality from the gang that helps the show motor through a few cringe-worthy moments, including a climatic battle where Flatley and his rival trade punches and high kicks to claim a bedazzled “Lord of the Dance” felt belt. It’s all so very silly, but this level of silly made Flatley a multi-millionaire. 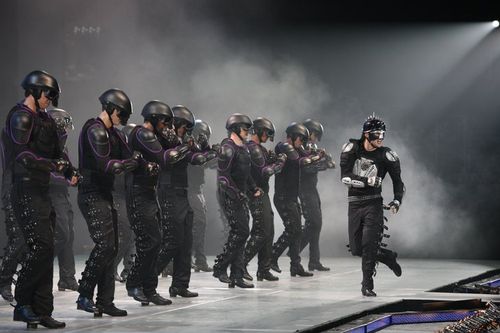 I doubt most audiences are going to pay attention to the narrative anyway, with fancy footwork obviously the main draw. The film delivers on the rumbling goods, showcasing rows of smiling dancers hoofing up a storm in shiny tap shoes. And there’s no denying Flatley has a gift, one he loves to share with the audience. Tapping himself into a tizzy, the star supplies the speed and showmanship, impressing with his flair for movement and ability to comfortably model glittery costumes. Amazingly, Flatley is a highly romantic figure in the show, smooching ladies and bopping baddies, playing directly to his most ardent supporters: married women and grandmothers.

“Lord of the Dance 3D” doesn’t necessarily bring anything fresh to Flatley’s world outside of a lasting big screen snapshot of the show that made him legendary. Somehow, I don’t think his fans will mind. 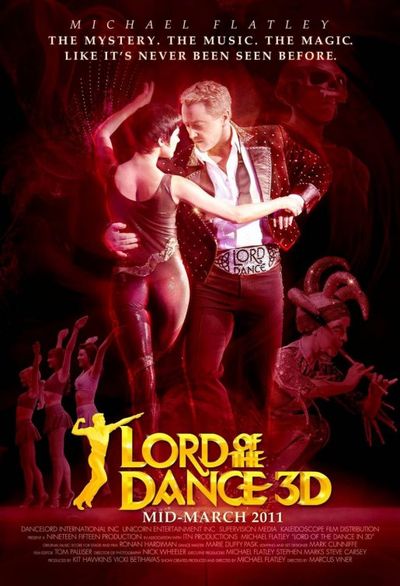