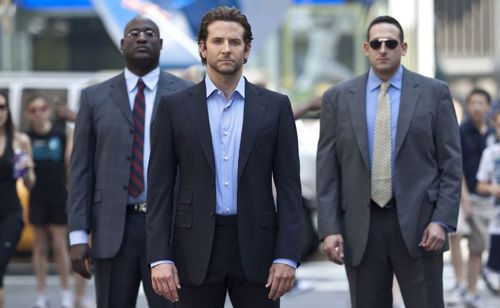 “Limitless” is a frustrating motion picture to watch. It’s a film that insists on sabotaging itself time and again, creating a visceral sense of rabid junkie behavior, only to pursue inert thriller elements that derail the whole enterprise. While it kicks off with a bang, “Limitless” quickly grows weary of minimalistic pursuits, contorting itself into a tiresome genre exercise peppered with a few seriously absurd moments. What a waste of a wicked premise.

A failed writer and all around slob, Eddie (Bradley Cooper) is lost in depression, watching as girlfriend Lindy (Abbie Cornish) leaves him and finding his publisher ready to cut ties. Into Eddie’s view comes Vernon (Johnny Whitworth), a former family member offering an odd stimulant for the schlub to try. Called NZT, the pill offers the user full use of their brain, making creativity and logic a breeze, with all the financial, societal, and sexual puzzles decoded. Instantly hooked on the rush of intelligence, Eddie stumbles upon a monster stash of the drug, embarking on a journey of enlightenment that makes the former deadbeat a king, acquiring wealth, the respect of noted power broker Carl Van Loon (Robert De Niro), and renewed interest from Lindy. Unfortunately, all is not well with NZT, with Eddie soon paying the true price for such an artificial boost of brainpower. 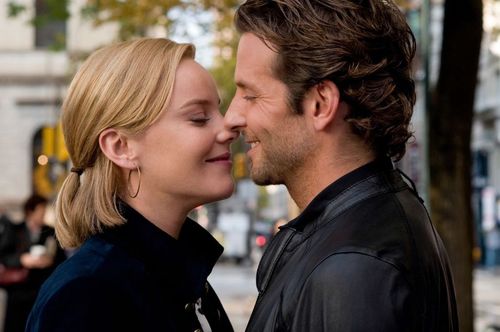 The opening act of “Limitless” sets a vigorous breakthrough tone, a potent sprint of information and change for Eddie, commencing the film with a stunning charge of exposure and metamorphosis. It’s a seductive first act, encouraging viewers to step into the lead character’s shoes and decide the true price of NZT for themselves, which imparts the user with a full concept of the world and its myriad of rhythms, depicted by director Neil Burger (“The Illusionist”) through lighting cues and “infinity vision” visual effects, creating that lucid state of oneness within Eddie.

Admittedly, I was hooked by the early adventures of the film, with Cooper’s performance of rapid realization greatly amusing and believably arrogant, while Burger smoothly constructs Eddie’s euphoric stages of awareness. Granted, as with any drug tale, the rush is always preferable to the crash, yet “Limitless” establishes a story (adapted from a 2001 Alan Glynn novel) that feels capable of transcending formula, tracking a mischievous path for Eddie and his ascension to NZT-enhanced greatness in the financial world. 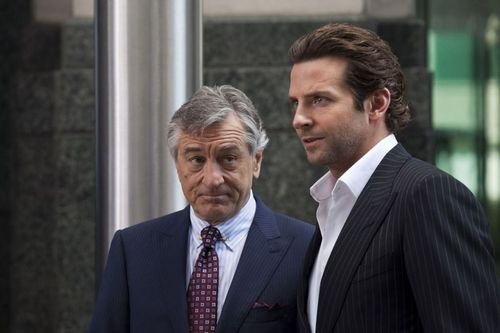 Near the middle of the film, things begin to sour for Eddie in a major way, but a simple withdrawal experience for the character isn’t enough for Burger. Squeezed into the film are Russian gangsters and mysterious assassins, out to relieve Eddie of his stash of miracle pills. The basic elements of stock market dominance and relationship refreshment are set aside so Burger can jam in a few chases and fist fights, even introducing a murder subplot that’s only marginally cared for. The distractions are a nuisance, especially when it’s obvious that Eddie’s bout with NZT alone is enough to nourish the entire feature film. Instead, the side adventures block the view, while growing increasingly absurd the more desperate Eddie becomes for a fix. Matters even get vampiric at one point. Yeesh.

“Limitless” runs into a wall attempting to amp the paranoia and manic behavior, turning a charmingly ridiculous premise into a cartoon, wasting a promise of subtlety and satire in the early acts. There is some irony in Burger’s attempts to dumb down a film about hyper intelligence, but it’s not an act of cleverness. It’s closer to fumbled filmmaking, cruelly corrupting the itchy high “Limitless” once handled so superbly. 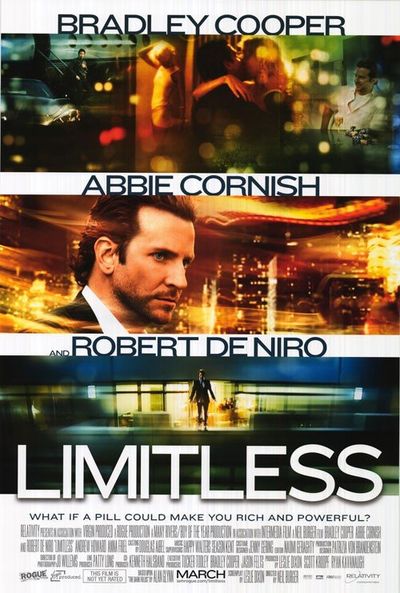