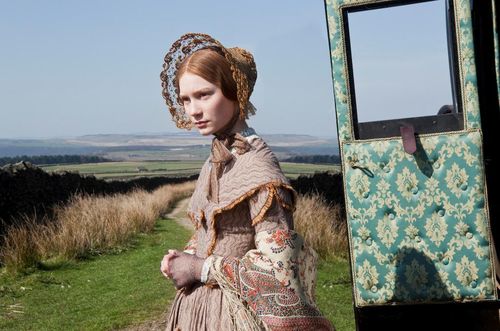 Charlotte Bronte’s immortal tale of love and separation has seen its fair share of adaptations over the last century of filmed entertainment. Regurgitated time and again for both television and the big screen, “Jane Eyre” has been bled dry, with filmmakers of diverse backgrounds hungry to make their mark on a most celebrated story. Now, director Cary Joji Fukunaga steps up to courageously guide another look at the novel, unearthing something that’s eluded many creative forces throughout the years: A fresh approach.

Orphaned, abused, and disregarded by her elders, Jane Eyre (Amelia Clarkson as a child, Mia Wasikowska as an adult) has endured a frightening life of hardship, finding her sense of individuality stifled as she attempts to shape some type of existence for herself. Taking a job as a governess for the estate of Edward Rochester (Michael Fassbender), Jane is quickly challenged by the irritable man, who clearly seems enlivened by the presence of this educated young woman. As their relationship grows, a turbulent sense of love develops between the pair, with Jane willing to give herself to Rochester, only to find secrets from his past coming back to ruin him. Also challenging Jane is an interlude with Rivers (Jamie Bell), a clergyman who takes the frazzled woman in during a time of need, completely disarmed by her extraordinary aura. 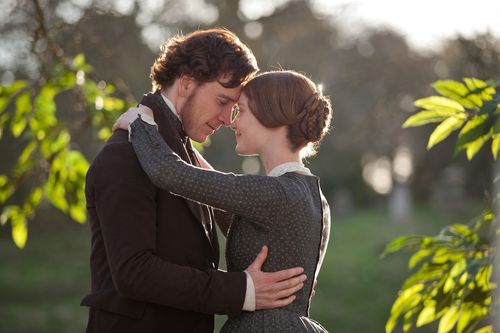 “Jane Eyre” has traveled quite a distance since its initial 1847 publishing, leaving an impressive string of interpretations in its wake, most centered on the primal needs of the period romance, with Jane and Rochester a prime pair of restricted lovers. This latest exploration of Bronte’s work (elegantly adapted by Moira Buffini, “Tamara Drewe”) takes a decidedly sophisticated approach to the central love story, making the pairing of Jane and Rochester something enigmatic, uncomfortable, and taboo. Fukunaga transforms the story into a mystery of sorts, rearranging the events of the book to better pierce into the protagonist’s spinning headspace, flawlessly capturing the internal spasms of a lady on the run from her past, fighting for the freedom she craves, trapped in a severe society that doesn’t permit such luxuries. It’s an unusual take on the material, but an enormously successful artistic choice, with legitimate suspense flooded back into the story, handled with tremendous care by the director, last seen guiding 2009’s masterful drama, “Sin Nombre.”

The picture isn’t a classical romance in the least, with delicate candlelit cinematography on the hunt for claustrophobia and confusion, keeping the film in a state of suspicion, greatly enhanced by the skillful performances. Fassbender’s Rochester is special curiosity, crafted into an antagonistic personality who is visibly charged by Jane’s arrival. He pokes and prods, looking for an intellectual challenge in a sea of obedient employees (including Judi Dench as Mrs. Fairfax), finding Jane to be a remarkable development that flushes away his escalating distaste for life on his vast estate. Fassbender is itchy and vulnerable as the character, avoiding overt red beams of swoon to play a profoundly private churn of attraction. Wasikowska is equally as masterful, articulating the burden of Jane’s life with glances and tremors, communicating a volcanic disappointment with the smallest of movements. It’s an exceptional performance, portioned heroically by Fukunaga, keeping the pair in a harsh standoff position until the ice is ready to thaw. The courtship contains unexpected elements of frustration, making the paring more about unleashing raw passion than gloved-hand worship from afar. 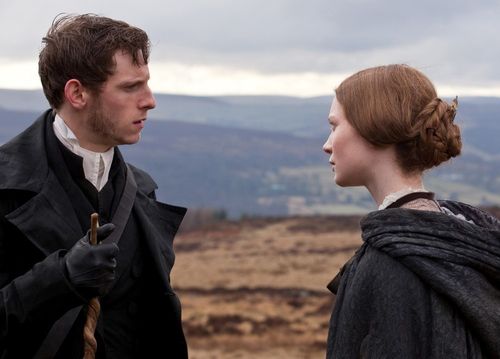 Fukunaga’s “Jane Eyre” is a fantastically compelling, spellbindingly photographed motion picture, soaking up the bitterness and regret that defines the emotional ooze of the story, while twisting around ridiculously known elements to expose darker, substantial moments of seduction. There’s little sunshine allowed here, with the feature finding fertile dramatic ground in pained expressions and gut-rot frustration; however, in Fukunaga’s capable hands, there’s undeniable beauty in all the misery and turmoil. 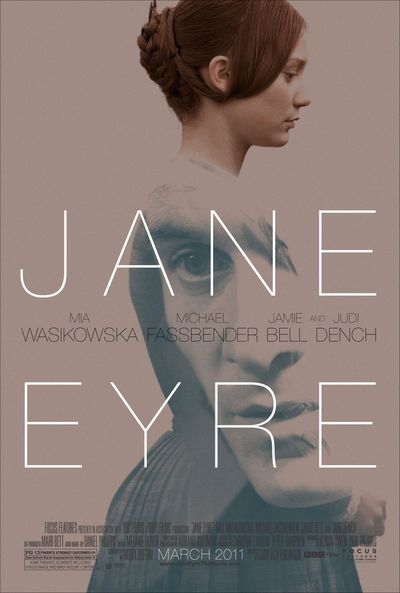