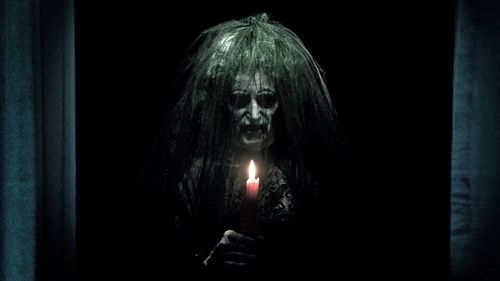 “Insidious” marks a return to the big screen for director James Wan, who debuted in 2004 with the original “Saw” (yep, he’s the one to blame), only to see that success wither away after two follow-up stinkers in the form of 2007’s “Dead Silence” and “Death Sentence.” Making his way back to low-budget spooktaculars, Wan actually makes an appealing ruckus with “Insidious,” a derivative but effective scare machine pulled off with a certain gusto, making the viewing experience a treat for those who enjoy their shock jump cinema.

Parents of three young children, Josh (Patrick Wilson) and Renai (Rose Byrne) have elected for a fresh start in a new house. Unfortunately, it doesn’t take long for matters to sour, with the oldest boy, Dalton (Ty Simpkins), knocked into a coma-like state, befuddling doctors and horrifying his parents. When strange occurrences and visitations start to plague the property, Renai calls for a move, only to find the same situation haunting their new place. Frazzled and desperate, a call is made to Elise (Lin Shaye), a spirit investigator working with two nerdly techies (Angus Sampson and screenwriter Leigh Whannell). When the kindly grandmother-type identifies a wickedly demonic problem in the home, it’s up to Josh and Renai to confront the reality of their situation, requiring a substantial leap of faith. 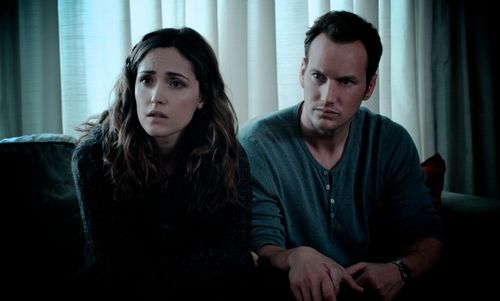 A cross between “Poltergeist” and “Paranormal Activity,” “Insidious” isn’t a classically minded horror picture. It’s a blunt scare show built to unnerve, permitting Wan ample opportunity to stage frightful encounters with a screeching cat-walking-on-instruments score, building unbearable tension. He’s not blessed with the big bucks for this round, with the picture modestly designed, keeping to the innards of the two homes to capture Josh and Renai’s escalating nightmare. However, the limited scope works agreeably for Wan, who makes an amusing effort to feel around the corners of the frame, keeping demons and ghosts barely in view to increase the tension, developing Renai’s assumed psychosis through flashes of gnarled spirits and their bloody traces of existence.

There’s also a powerful tool in the shock jump, which Wan is not shy to use. Though it’s far from the night at the opera event Sam Raimi provided in his dazzling “Drag Me to Hell,” “Insidious” does a superior job making the traditionally repellent sonic crunch appealing, stinging the viewer over and over while slowly revealing just what in the heck is inside the homes, or worse, the family. The jumps aren’t artful, but they are effective, benefiting from Wan’s fluid camerawork and keen eye for sinister images. 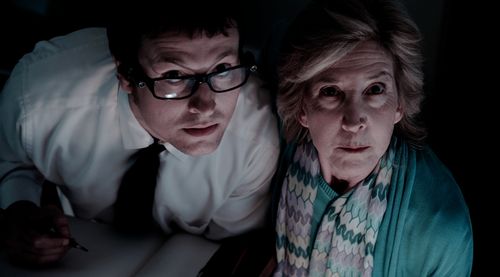 Once Elise enters the film in the Zelda Rubenstein-esque role of a pint-sized ghostbuster (her lackeys hunt for specters using modified View-Masters), “Insidious” takes its foot off the gas, slowing down the picture to investigate the foggy realm of The Further, the ghost purgatory that holds the answers everyone is searching for. Wan bravely opens his creatures up for inspection in the final act, which tempers the fear factor some, especially with little budgetary coin in play. Still, the sharp turn into an otherworldly adventure is convincing, offering Wilson a little more to do than shrug and make “I don’t believe you, woman” faces at a quivering Byrne.

“Insidious” is fun, and despite a lurching pace toward the end, Wan keeps a comfortable control on the spooky particulars, jolting audiences with a gleeful range of creeps, including a most persistent red-faced devil. As a lean genre thrill ride, the feature gets the job done, while showing signs of directorial life within Wan that I never knew existed. 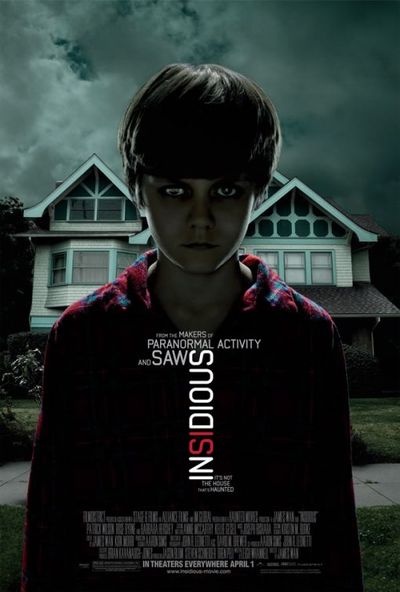