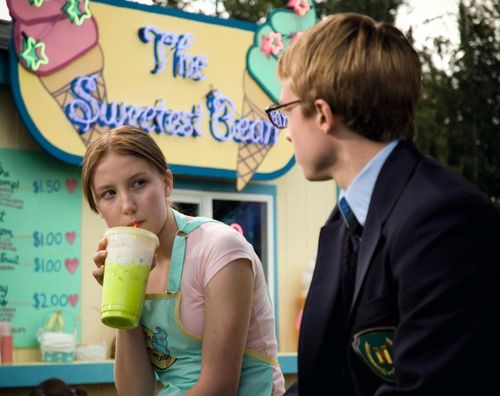 “Dear Lemon Lima” is a delightful expedition into the drive of adolescence. It’s a film basted in eccentricity, yet successfully navigates the pictorial troubles of the teenaged mind, submitting a meticulously constructed, organic comedy that passes along some enchanting flights of fancy, using its exquisite Alaskan settings to mold a unique personality that further enhances the viewing experience.

Forever tied to Phillip (Shayne Topp), her first boyfriend, Vanessa (Savanah Wiltfong) is struggling with their abrupt break-up in Fairbanks, Alaska, refusing to believe love has gone kaput. Enrolling in Phillip’s private school, Vanessa hopes to impress her former beau, only to find her ex a popular fixture of the sophomore class, while the staff (including Beth Grant and Elaine Hendrix) treat the new student with kid gloves, hoping she’ll explore her absentee father’s Yup’ik heritage, a cultural identity she wants nothing to do with. When her lack of physical strength lands her in a “FUBAR” gym group of misfits (including Meaghan Martin, Zane Huett, and Vanessa Marano), Vanessa takes the opportunity to make a connection with her  new group of friends, signing up to compete in a school competition comprised of native games, pitting the indomitable leader against Phillip. 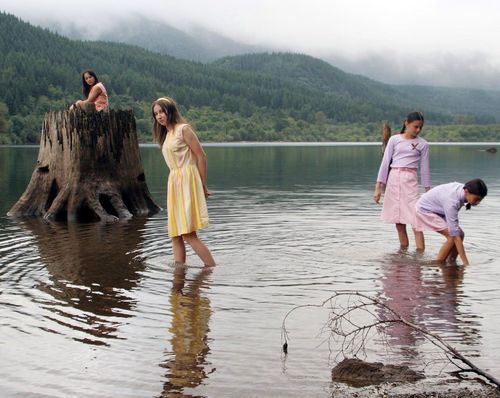 “Dear Lemon Lima” emerges from the Wes Anderson/Jared Hess school of peculiarity, with a hyper-designed world of animation and fixation for our 13-year-old heroine, as she navigates the crushing realities of young love and friendship. Writer/director Suzy Yoonessi provides an appealing fingerprint to the material, not only finding a sincere position of observance for her characters, but she also deploys the Alaskan locations masterfully, with cinematographer Sarah Levy capturing an evocative place of idyllic nature for the FUBARians to stomp around within. Not many films centered on the inner life of a teenage girl take the time to transport viewers to a fresh, clear landscape, rich with cinematic possibility.

The Alaskan setting charges “Dear Lemon Lima” to the fullest, creating not only visual originality but a cultural texture as well, with the native elements infusing the picture with distinctive deliberation, as Vanessa is urged by the school to claim her heritage, the only tie she has to her absentee father. The script calmly introduces issues of identity, preferring to hold on Vanessa’s unconventional way with emotional absorption as the primary source of conflict, but the asides are interesting, again offering the material a novel perspective beyond diary entries and candy heart imagery. The specific cultural viewpoint breathes life into exhausted romantic woe, merging superbly with Yoonessi’s marvelous comedic timing and special eye for adolescent segregation. 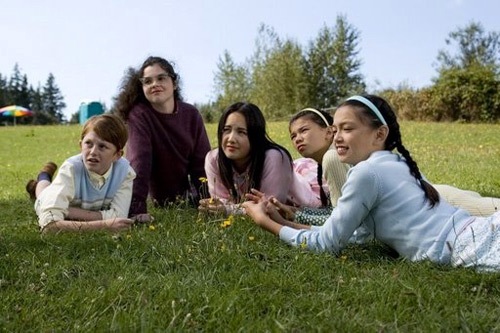 Yoonessi also strikes gold with her gifted cast of young faces, paranoid parents (Melissa Leo appears as the concerned mother of Hercules, the school’s most bullied student), and insincere faculty. The ensemble is magnificent, but I treasured the lead performance from newcomer Wiltfong, whose deadpan delivery sets the precise tone of the feature. She’s not an affected performer, wisely kept to an observational stance as the oddities curl up around her. Blessed with a superb command of passive behavior, Wiltfong makes for a captivating center to the story, with the character’s development from heartbroken flower to freak and geek commander amusing to watch unfold. Also convincing is Topp, who gives the classic callous male role a curious spin of concern, as Phillip almost seems to mourn the loss of the girl he dumped, giving the role a welcome complexity.

“Dear Lemon Lima” goes nuclear in the second act, sobering the film up unnecessarily with an extreme summation of teen frustration. Yoonessi didn’t need the severity to create a potent drive to the third act showdown, and the unexpected pause halts the flow of the picture. The recovery is ably handled by the filmmaker (the climatic game sequences are energizing and hilarious), but the scars remain. “Dear Lemon Lima” is such a delightful, sharply imagined and designed comedy, the bitter convention of teen despair feels foreign to the introspective playground of obsession Yoonessi is crafting. 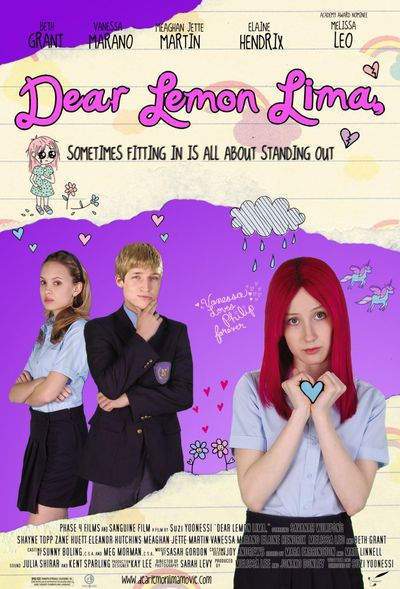