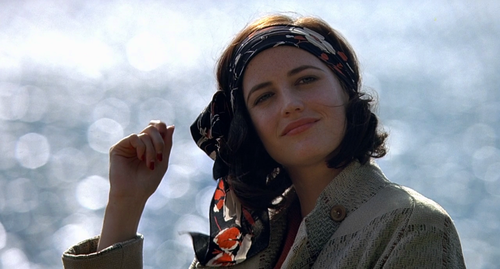 There’s a flurry of hysteria within the psychological drama “Cracks” that keeps the sinister business frustratingly out of reach. A dark look at desire and mental illness, the picture boasts a few effective performances and features quite a humdinger of an ending, but the overall impression of sickness unfortunately loses its enticing delicacy as fears mount and lies are spread.

The year is 1934, and housed inside the St. Mathilda’s School for Girls are various young women searching for any sort of escapism to lift their spirits. For Di (Juno Temple) and her dorm, that hopeful light is provided by Miss G (Eva Green), a lively teacher who dazzles the girls with recollections of worldwide travel, while pushing the young minds to delight in fantasy to combat their dreary surroundings. Into the dorm comes Fiamma (Maria Valverde), a Spanish girl of royal blood who immediately triggers jealous feelings from Di. Watching as their beloved teacher fawns over this new addition, Di encourages the girls to reject Fiamma, only to learn devastating secrets about the pair that changes her life forever. 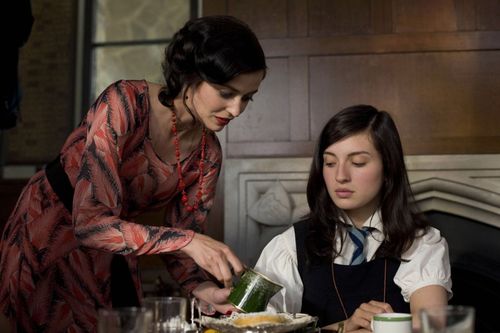 Making her feature-length directorial debut with “Cracks” is Jordan Scott, daughter of Ridley, and now the fifth member of the Scott clan to jump into filmmaking. The story here requires a fine touch of sympathy and repulsion, with “Cracks” coiling slowly, making a grand effort to remain elusive and refined until the final act, where secrets are spilled and tragedy awaits.

An adaptation of the novel by Shelia Kohler, Scott retains a literary feel of discovery while amplifying the story’s erotic overtones, which, to her credit, are not introduced to titillate, but unnerve, stepping into Miss G’s bubble of sensuality used to keep her charges thunderstruck, immobilized by the sheer force of fantasy encouraged by their teacher’s worldly ways. “Cracks” is seductive, but uncomfortably so, guided with a confident sense of poison by Scott, who articulates Miss G’s shifting personality with a cautious touch, establishing elements of lust and madness that create riveting cinema, using Green’s alien screen presence to wonderful effect, locking in on her enormous eyes and unsettling sexual aura. Green’s performance is a welcome change of pace for the actress, but it’s rarely the line readings that articulate Miss G’s motives, with the majority of the picture’s disease captured in reactions and environmental presence, expertly orchestrated by Scott and shot magnificently by John Mathieson. 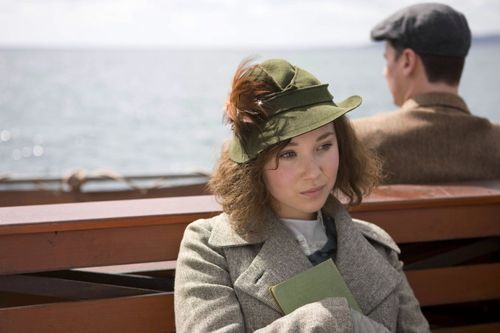 The hook of the film is found in Fiamma, whose aristocratic background makes her an immediate target of contempt for Di, while challenging Miss G in ways she’s never experienced before. The performances from the girls successfully locate displays of judgment and remorse, but the hysteria can be chaotic, which disrupts the film’s tone of seduction. The shrieking and loud articulation wears on the senses, diluting the suspense by giving into teases of melodrama, rendering a few critical scenes unusable due to the strident emoting. “Cracks” has some disturbing business to tend to, yet the velocity of reaction kills the disquieting effect. The revelations deserve a more insular tone, even for a world of chirpy adolescent girls.

“Cracks” recovers for a bleak third act, where the reality of Miss G’s confidence is exposed and Fiamma is handed a “Lord of the Flies” treatment from Di and the gang. Effectively shattering the porcelain veneer of the piece, Scott plays to savagery and betrayals, striking harshly as characters are confronted with reality for the first time in their sheltered lives. It’s a potent resolution to a hobbled, but moderate chiller, which offers far too many intriguing toxins to discount, even when they’re projected in a most transparent manner. 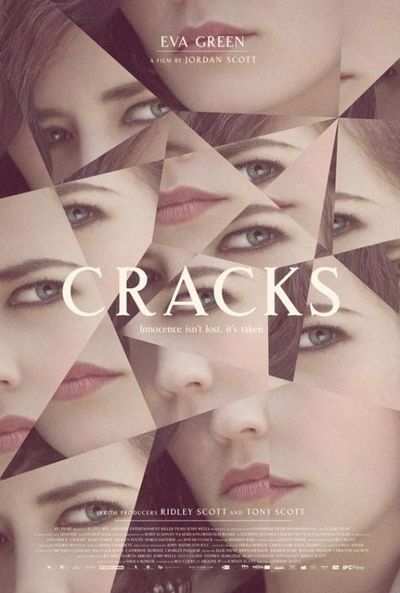