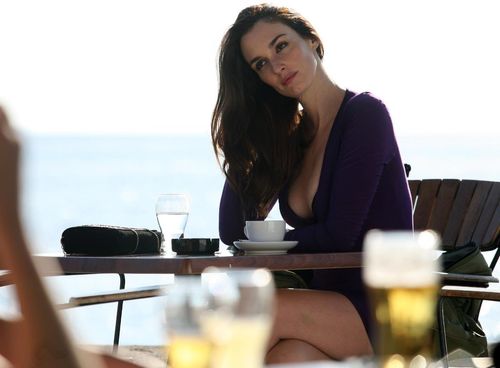 A prostitute in possession of a hard drive carrying incriminating footage, Catarina (Paz Vega, here as the gorgeous centerpiece but left with little to do) is on the run, hoping to retrieve her infant son and find a safe haven. On her tail: Daniel Carver (Karel Roden), a ruthless enforcer; Helen Bingham (Janet McTeer), a cultured assassin unsure of her employer’s loyalties; and Anthony (Scott Mechlowicz) and Julian (Alphonso McAuley), two buddies hoping to make their mark as private detectives. Crisscrossing around Europe in an effort to find their trembling target, the various participants endeavor to search and destroy, with Catarina’s computer evidence a powerful weapon threatening a corrupt U.S. politician (Christopher McDonald) on the verge of a dodgy arms deal. 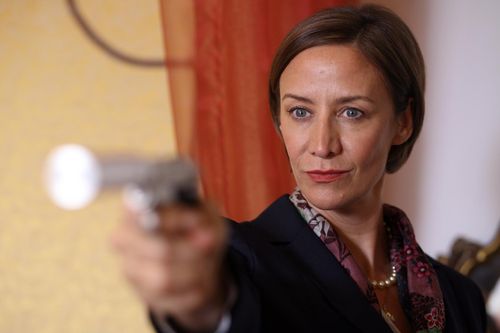 “Cat Run” plays like a smudged photocopy of a Shane Black script, mixing a band of troublemakers with a squirt of intrigue, coated with a stunning amount of violence. It’s a cheeky bloodbath orchestrated by director John Stockwell, a filmmaker (“Into the Blue,” “Turistas”) known more for his penchant for naked bodies than proficient storytelling. His streak continues here, guiding “Cat Run” with an expected eye toward sleaziness, reveling in the opportunity to flaunt nudity (including McDonald, so don’t get too excited) and stage gushing head wounds, manufacturing a graphic free-for-all that leans toward the pace and posture of a wicked romp, but often has trouble shifting out of first gear.

“Cat Run” provides a handful of startling moments, and the sheer speed of the picture is handy when the performances hit amazingly toxic notes (McAuley is a particular screen poison, unfunny in every way). Nevertheless, Stockwell isn’t the appropriate filmmaker to pull off such a stew of funky brutality. Visually derivative, the picture is bogged down by a director sniffing around for cheap action stylistics when the material needed a wallop of pure grit. There’s a mean streak to the screenplay, but it’s constantly interrupted by Stockwell and his hackneyed staging of fight sequences, while pushing forward actors who have no business trying to be funny. With all types of bodily trauma conducted by unlikely personalities (McTeer is unexpected and sublime as a meticulous killer), “Cat Run” is too focused on its comedy, careful to temper its evil with jokes. And the jokes are always terrible. 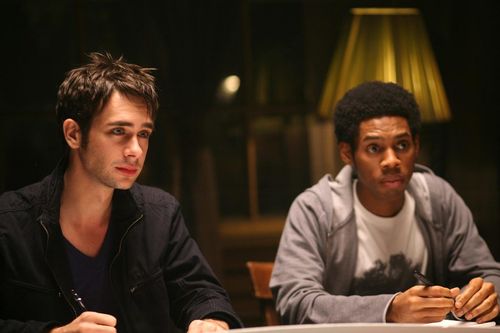 “Cat Run” is aggressively directed and overlong, better in small portions of wild antics and lurid design than a larger, ultraviolent chase picture. Clumsily molded into something clever and cool, the picture aches to be sleek and feral, keeping the game cast to more enticing displays of intimidation.