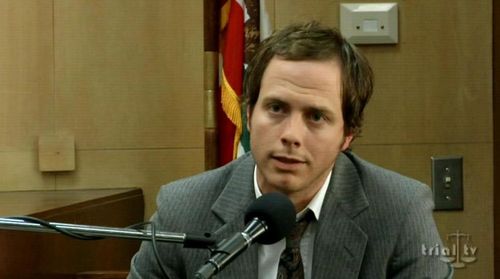 “The Scenesters” is a satire of life in East L.A. To fully appreciate its sharpness and sense of history, one needs to be intimately familiar with the inner workings of East L.A., leaving roughly 1% of the potential viewing audience open to the film’s sense of humor and rich environments. For everyone else, the feature is likely to be rejected as a labored, smug, and ultimately inert neo-noir crime comedy, a movie far too wrapped in its own cleverness to engage the viewer with anything above rampaging self-awareness.

Desperate to make a film of their own, director Wallace (Todd Berger) and his producer Roger (James Grace) have stumbled upon the opportunity of a lifetime when Wallace’s job as a murder scene videographer comes across the work of a serial killer known as The Soloist. Employing the expertise of crime scene cleanup crewmember Charlie (Blaise Miller), the trio set out to fashion their own noir feature out of evidence they’ve withheld from the cops. Stepping into the bipolar East L.A. scene, the filmmakers encounter all sorts of music, television, and movie industry types as they assemble what initially appears to be a cracking mystery, only to realize what they have is far more insidious. 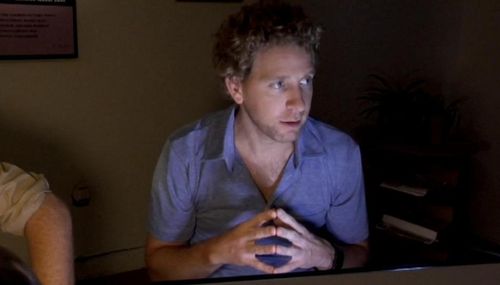 “The Scenesters” endeavors to be a twisted, acidic look at the life and times of East L.A., as the city moves from a place of noir history to a wasteland of unsigned bands and hipsters hunting for the limelight. The attempt to merge traditional detective mystery fixings with satiric jabs at Hollywood is admirable, but Berger lacks a refined approach that keeps the darkly comic ambiance alert. Instead of a droll hustle through a myriad of characters and absurd situations, the director plays a series of flat, unimaginative notes, as though the very act of attacking East L.A. is reason enough to rest early.

Though I typically respond to features that have a specific cultural viewpoint, “The Scenesters” doesn’t have the ambition to make an educational impression. And forget about a true cinematographic outline of the area, with much of the film devoted to sloppy handheld camerawork that’s confusing to follow, with Berger happily breaking the veneer of reality he’s working to create. The script eagerly plays with time and perspective, using the framework of the filmmakers’ own trial as a foundation for the rest of the antics, though little of the alleged cleverness hammers home a particularly cinematic feeling.

The script’s architecture is easy enough to compute, it’s only the low-budget production values, anemic performances, and lackluster thriller ingredients that torch the viewing experience. “The Scenesters” hopes to shape a convincing whodunit while razzing the clichés that typically fuel the genre and the industry at large. In many ways, the picture resembles “Scream,” only instead of pantsing/milking horror formula, Berger looks to zing hipster filmmaker types, even opening the picture with a faux trailer for a particularly navel-gazing mumblecore extravaganza from Wallace (music videos, instructional videos, and Danish filmmakers are also worked over). 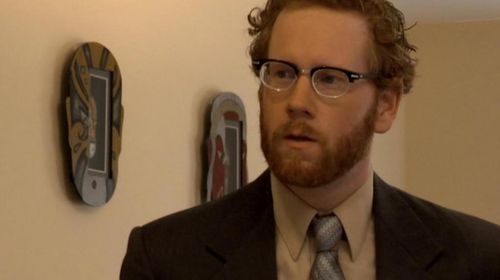 The anamorphic widescreen (1.78:1 aspect ratio) presentation for “The Scenesters” features an assortment of formats, while jumping back and forth between color and B&W. The basic elements of the image appear to be in fine shape, with hues competently cared for, delivering a proper ghoulishness with murder scenes, while pulling out the particulars of costuming. Black levels aren’t particularly helpful, losing visual information when the feature heads to evening encounters.

The 5.1 Dolby Digital sound mix offers a nice punch from the numerous soundtrack selections, which supply a consistently energy to the film, sounding full. Dialogue is crisp and rigidly frontal, while atmospherics in clubs and outdoor scenes keep the surrounds moderately engaged. Thriller elements retain some shock value, while natural sound from HD cameras is suitably echoed and tinny. 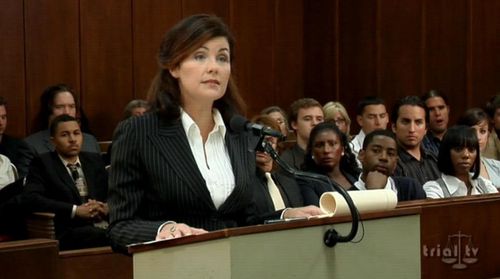 “Behind the Scenes” (26:24) spends way too much time recounting the actual plot of the film, with cast and crew exploring motivations and character relationships instead of sharing the true creative impulse that drove everyone to make the picture. The BTS footage is useful to understand what Berger had to work with, but the information provided is redundant.

“Deleted Scenes” (13:14) offer nothing substantial, instead providing scraps of discarded noir beats and extended courtroom testimony, with a few additional moments of Danish parody as well.

“Stay Alive” (4:53) is the full music video for the fictional band Chokehold, viewed briefly in the film. 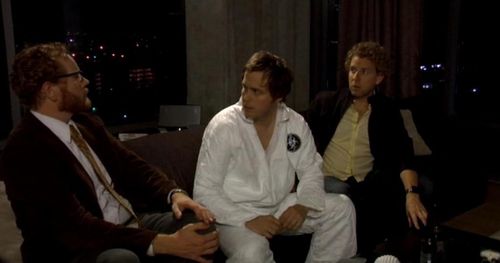 “The Scenesters” is a tiresome motion picture, fixated on all the wrong elements. It strains to be ingenious and piercing, but the overall effect is tremendously unfunny and draining, with Berger registering as an unfocused and uninspired filmmaker. Making an effort to fit East L.A. for clown shoes, “The Scenesters” instead faceplants as a comedy and mystery, fixated on the fine details of satire while the rest of the tomfoolery is left alone to rot. 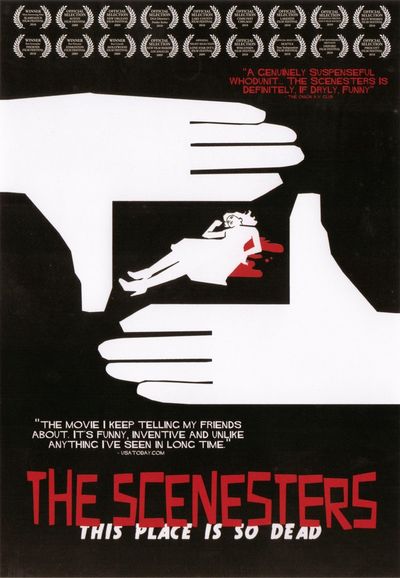