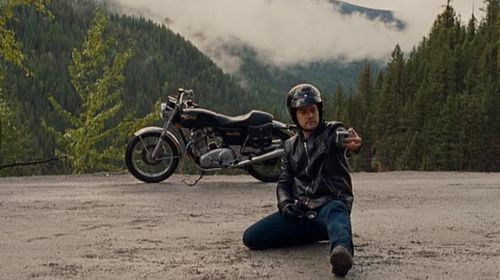 Michael McGowan’s “One Week” is an inspirational tearjerker that confronts a primal force of life, often triggered when staring into the abyss of the death. A philosophical road move with a serious hard-on for all things Canada, the feature is a patchy but satisfying ride to self-actualization, drinking in marvelous locations and sharing universal fears while setting a musical mood that feels genuinely human until the vein-popping strain of the final act.

Ben Tyler (Joshua Jackson) is a mild schoolteacher who’s come to see his dreams and sense of creativity pushed aside for traditional domestic obligations, including an impending wedding to Samantha (Liane Balaban). Abruptly diagnosed with cancer, Ben freaks, taking off on a motorcycle trip across Canada, looking to clear his mind and enjoy a spontaneous adventure for the first time in his life, a decision that drives Samantha crazy. On this journey of roadside attractions and interstates, Ben reflects on his life choices, attempting to understand what’s contributing to his empty feeling, while doing his best to avoid beginning the horrific treatment process that’s expected of him.

“One Week” is an exhaustively Canadian film, from the splendor of the provinces to the gentle soundtrack, which features nothing but local artists. Heck, even the Stanley Cup makes a cameo appearance, along with contest cups of Tim Hortons coffee. Being Canadian is the picture’s most endearing trait, with a tender Great White North tone gently encouraged by writer/director McGowan, who dreams up acts of kindness, generosity, and friendship to investigate Ben’s fragile mental and physical state. It’s a picture of calm reflection and fleeting interaction, summing up a rambling thought process about life I’m sure many have personally experienced, even without the bleak winter of cancer treatment looming in the distance. 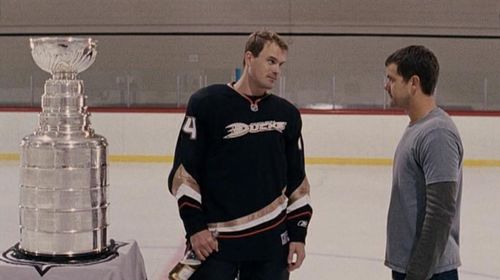 “One Week” moves patiently along with Ben as he rolls across the land. Instead of episodic pit stops, McGowan snakes through a series of brief encounters, most reinforcing the lead character’s tumultuous emotional state and the basic, poetic connections of life. There’s a lonely farmer (a charming turn from Jane Spidell), a pair of aimless bikers also crossing the country, and a female camper who offers Ben an opportunity to fully test his loyalty to Samantha. The stops supply flavor to the road trip, and, mercifully, nothing is labored over for too long. McGowan smartly sticks tight to Ben and his spinning mind, using that internalized churn (accentuated by narration from Campbell Scott) to summon an introspective reflex to the film that’s intriguingly visualized by the director.

When time comes to bring the mood down from wanderlust to finality, McGowan fumbles the landing. I appreciate the filmmaker’s effort to reinforce Ben’s humanity by making him tremendously fallible in his rickety relationship with Samantha, but there’s little severity surroundings his misdeeds, making the character appear heartless instead of hopelessly impulsive. Ben’s no hero here, but he’s certainly not a ghoul. However, the script pushes the man into dodgy situations that aren’t allowed enough screentime to digest, making the final act of “One Week” riddled with baffling bootleg turns of character that pop the spirit McGowan is aiming to inflate. 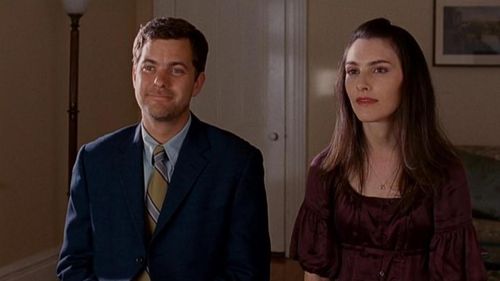 The 5.1 Dolby Digital sound mix supplies more of a reassuring ambiance, with the film’s overstuffed soundtrack taking the lead, working through numerous soft rock and acoustic moods that accurately summarize Ben’s state of mind. The music is clean and weighty, carefully worked into the mix, never stepping on the frontal acts of exposition. Atmospherics are also in good shape, providing an outdoorsy hit of activity to help sell the cross-country nature of the ride.

English and Spanish subtitles are offered. 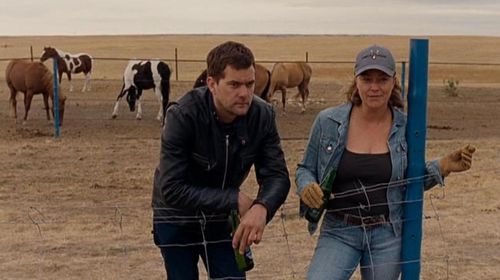 “One Week” slides into a reassuring ending that slathers the inspirational goo on thick, and the sentiment is earned. The film’s rough ride thins any lasting resonance, but the overall tone of the piece is comforting and emotional, and it’s always a treat to see Canada explored in a naturalistic manner, delivering profound expanse to best match the whirring mind of the lead character. 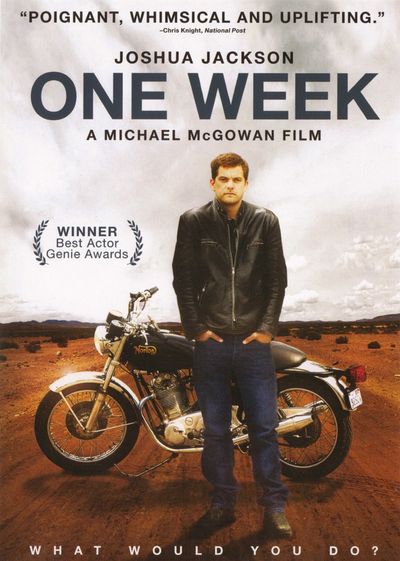