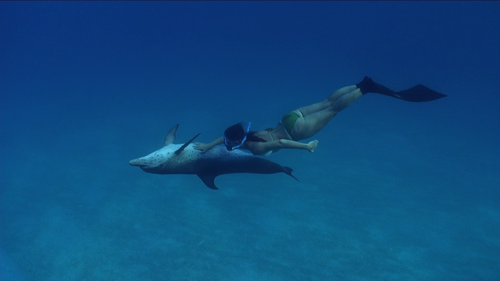 Richard O’Barry worked for the Miami Seaquarium in the 1960s, capturing and training dolphins to perform tricks for tourists. O’Barry was also the man who trained “Kathy,” the dolphin that became a sensation on the popular television series, “Flipper.” Lining his pockets while Kathy went about her stunts for the cameras, it soon dawned on O’Barry that something wasn’t right. When Kathy died in his arms after years of rigorous instruction, O’Barry was rocked to his core, refusing the lucrative comfort of future dolphin exploitation to become an activist, preaching a message of freedom for these highly intelligent mammals often cooped up in aquatic cages or worse, as found in an astonishing corner of rural Japan.

The Japanese port community of Taiji is the current hotbed of dolphin activity. The corralling and selling of dolphins to aquariums and sideshows across the country has made the area infamous with animal activists, not to mention making a pretty penny for the residents. But the dolphins caught in the massive netting that fail to make the cut for shipment? They’re taken into a secretive cove, away from prying cameras and concerned individuals, where they are killed for their meat and perhaps sport. It’s a hidden bloodbath that’s been a focal point for O’Barry for decades, inspiring the producers of “The Cove” to travel to Japan and document the surreal antics of local government officials, clueless spokesmen, and local fisherman, who expectedly want to shoo away any and all media attention. 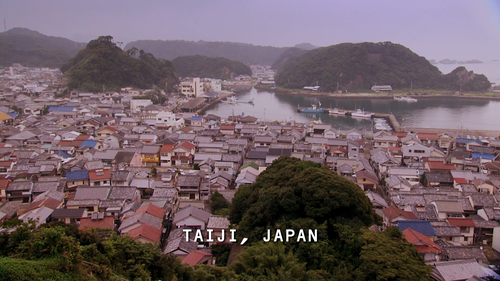 “The Cove” is a skillfully composed environmental passion piece, excelling at riling up the viewer with images of dolphin peril and massive governmental corruption. Director Louie Psihoyos (who also appears as an interviewee) uses O’Barry as the human core to this gruesome tale, employing the elder statesmen of dolphin protection as a guide for the viewer, leading the camera to Taiji, where he’s recognized as a potent provocateur. Observing the slaughter of dolphins every year at the cove, O’Barry is enraged, but aware of his limited powers, relying on a new set of friends who want to pull off the impossible: to capture the cove killing floor on camera and show it to the world. It’s a self-described “Ocean’s Eleven” assembly of deep sea experts, special effects technicians (who create fake rocks to hide the cameras), and skilled divers, all hoping to slip past the ample (and snarling) security, plant the cameras, and await the footage.

The playful planning sequences add some levity to this foreboding picture, allowing viewers a chance to breathe before returning to the abyss of corruption. “The Cove” takes the dolphin crisis beyond bloodshed to the grocery store, where dolphin is sold (often fraudulently) to families, even after extensive testing has revealed the meat to be tainted with unreal mercury levels, making it poison Japanese officials are willingly serving to their people. Tangents dealing with Japan’s deceptive arguments to reopen the whaling business are also covered, along with the undercurrent of greed and environmental damage that shadows the fate of the dolphin. Japan is made out to be the villain here, and while Psihoyos includes outrage from citizens living outside Taiji (to dilute the one-dimensional rage), he’s more than willing to nail the county to the wall for their devious actions, including my favorite: distributing a piece of propaganda that states whales are responsible for the depletion of ocean life on Earth, not man. 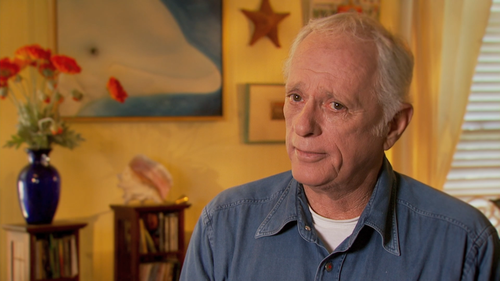 Crawling around the darkness with night-vision cameras, the angles are set and the show is ready to begin. The footage of the cove’s dolphin massacre closes the documentary, carefully edited and scored for maximum horror. It’s a big blue ocean soon red with blood, with fishermen on boats stabbing madly at the dolphins with spears, promising a slow, agonizing death in the crimson waters. “The Cove” cleverly rides on that momentum of outrage, demanding viewers take a stand and fight against the senseless slaughter. 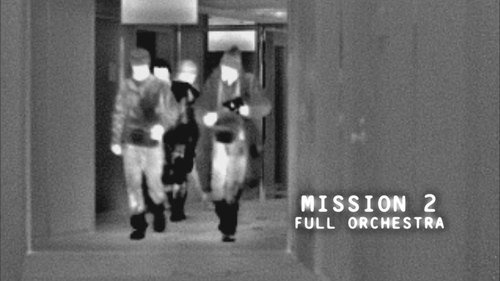 The AVC encoded image (1.78:1 aspect ratio) presentation juggles a few HD video and spy cam formats, with the viewing experience jolting around intentionally from crisp, clean footage to the jagged, soft, pixelated stuff, which makes for an evocative sit, capturing history and intrigue. Colors are in good condition, with Floridian hues making a strong impression, while the macabre turns of the story retain their blood red intensity with a decent separation. Aquatic encounters benefit the most from the HD experience, with deep blues and sun-kissed greens supplying a deceptively reassuring hold. Skintones are accurate, while shadow detail carries more weight than expected, with the evening infiltration scenes easy to follow. Clarity is good, picking up clothing textures and written information, and, of course, the slaughter scenes are incredibly vivid.

The 5.1 DTS-HD sound mix doesn’t quite supply a crushing aural event, instead tending carefully to the basics of the documentary experience. Interview footage retains weight and emotion, gracefully capturing the intensity of thought while running cleanly through informational scenes. Scoring makes a strong impression here, supporting the movement of the film with insistent musical accompaniment that doesn’t step all over the voices. Atmospheric activity is moderate, but useful when the film slips into spy mode, while the underwater excursions are offered suitable pressure and creature presence. Low-end is light. 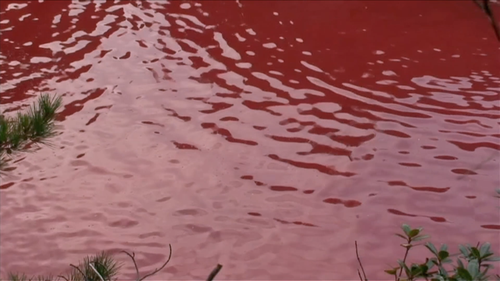 The feature-length audio commentary with director Louie Psihoyos and producer Fisher Stevens is there to reinforce the animal violation and detail the backstage information. While filled with anecdotes about visits to Japan and the overall planning effort, the talk is best appreciated as a true commentary, with the participants pointing out and explaining various on-screen elements, clarifying events with a frank discussion of the filmmaking effort. It’s an active conversation, filled with stories and disgust (some of it cringingly theatrical from two guys rabid to make their point). It’s an educational track, well worth a listen.

“Black Ops Covert Gear” (8:56) details the “arsenal” of cameras used to infiltrate the slaughter zone, displaying the power of the images and the creation of secretive housings.

“Freediving” (4:23) takes to the deep blue sea for a montage of curious and beautiful underwater encounters, guided by divers Mandy-Rae Cruickshank and Kirk Krack.

“Mercury Rising” (18:35) is a making-of featurette in a way, exploring the origin of the “The Cove” while moving over to a focus on worldwide mercury poisoning, a development that caused Psihoyos great concern, even effecting his own health during his time in Taiji. 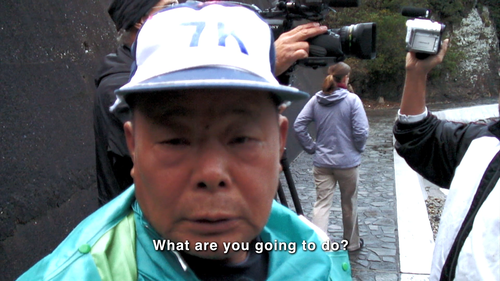 “The Cove” is a stirring call to arms, providing the damning dolphin massacre argument forcefully and creatively. I can’t say the film will change the world, but it certainly will make those trips to Sea World more awkward.