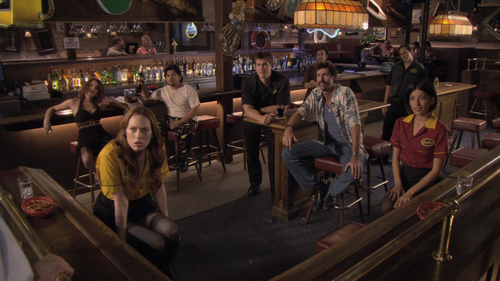 2005’s “Waiting” was a lowbrow plunge into the endless ocean of raunchy comedy, finding some merit within its lived-in perspective on the cruel business of being a chain restaurant server. The movie ended up a cult hit, perhaps in great part to its vocational candor. Now the dubious DTV barrel vomits up the sequel, “Still Waiting,” and it’s crushing to observe the follow-up assume a Cro-Magnon comedic vision over an effort to build on the universal eatery frustrations of the original picture.

Shockingly, “Waiting” mastermind Rob McKittrick passed on the director’s chair for this continuation, instead contributing only a screenplay. So remarkably self-assured that crude comic concepts and blue-streak profanity were the only possible reasons anyone bothered to endure the previous film, McKittrick digs even further into the dark recesses of his narrow artistic mind to dream up a fresh round of gross-out set-pieces and various shockers to keep the alleged faithful satisfied.

With abortion, urine, dog feces, flatulence (referred to as “crop dusting”), and semen jokes sent out to intermingle with the film's racist overtones and gags making fun of blind people, “Still Waiting” is an expectedly laugh-free affair, coated with a thin, sticky layer of smugness from McKittrick, who adores his obsolete smutty attitude. I'm glad someone finds this pageant of lowbrow humor hilarious. Long gone is the delicious, cutting insight into industry behavior and outrageous customer ordering tics; McKittrick's well is dry, and he builds a tired rehash of junk food comedy bits with “Still Waiting” that are more interested in hitting the viewer abruptly in the face than connecting to even a passing shot at restaurant reality, as the first film showcased in a few brief, memorable scenes. 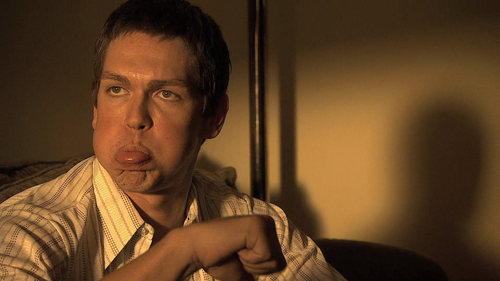 The director here is Jeff Balis, perhaps best known as the carrot-topped whipping boy producer of the old “Project Greenlight” television series. Being Balis's filmmaking debut, there's little hope for the director to soften McKittrick’s blows and reshape the project’s dementia. It’s a sluggish helming job, more about survival than a needed creative explosion. However, the relentless irritation of “Still Waiting” is hardly Balis's fault. After all, I doubt any director could make jokes about Jewish stinginess, African-American Kool-Aid preferences, and Hooters funny. And frankly, why would anyone want to?

“Still Waiting” is only a cheap cash-in on the first film's unexpected DVD success, and very little money was spent to lure popular old faces back. The main cast is populated with pale imitations of former stars Reynolds and Anna Faris, while actual returning cast members only show up for brief cameos that took merely a day to shoot (David Koechner, Luis Guzman) or in some cases a few minutes (Chi McBride, Justin Long, Vanessa Lengies). Sadly, the only other actor capable of squeezing this flaccid teat of comedy and finding a drop of laughs is Higgins, and that’s because he’s a well-trained pro. Balis and McKittrick don’t have a clue what to do with him. 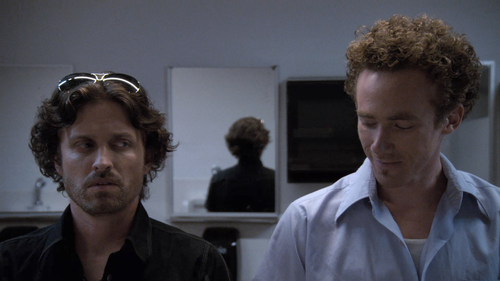 The AVC encoded image (1.78:1 aspect ratio) is a troubling viewing experience, with the film pushing forth odd colors, occasionally making the image resemble a B&W film that’s been hastily colorized. Skintones are off, lacking basic pinkish freshness, while shadow detail is generally a noisy mess, muddying up the image when the feature visits low-light scenarios. Clarity isn’t a complete travesty, with the blunt details of the dueling restaurant worlds easy enough to explore, but the fine textures are absent, which seems like an HD sin for a film that prides itself on skimpy outfits and gross-out jokes. Primary colors feel out the basic differences in uniform, but rarely does anything push through to make a vivid impression.

The 5.1 DTS-HD sound mix fails to energize with a rather tinny sounding dialogue effort, highlighting a range of a crisp voices trading jokes, but there’s little fullness or dimension. Restaurant atmospherics are active, making an impression with directional pockets of chatter, while scoring cues limp into play, pushed into the back of the mix to keep a white noise effect. Soundtracks cuts are generally louder and dominant, but they always threaten to swallow the verbal activity. There’s little nuance to savor with this mix, with much of the listening experience more harsh than comedically satisfying. 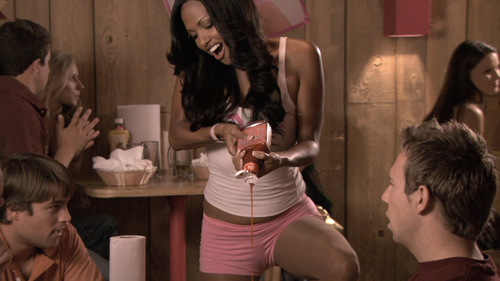 A feature-length audio commentary with writer Rob McKittrick and director Jeff Balis is a tedious auditory war of comedian and straight man. McKittrick, who describes the original “Waiting” as “the most offensive movie ever made,” plays the jester role, constantly cracking jokes about the cast, making fun of the sequel’s DTV status, and farting into the microphone. He’s quite a charmer. Thankfully, Balis is more eager to explain how the film was pulled together, exploring directorial choices and location details that remain passably interesting. Balis is no saint, but I can only imagine how…tolerable this commentary would’ve been without McKittrick’s irksome clown discharge.

“Sloppy Seconds: The Making of ‘Still Waiting’” (46:11) covers the development of “Still Waiting” with hostile emphasis on silliness. Cast members are interviewed with oversized sunglasses, McKittrick is questioned with a still image of a camel toe behind him, and the rest of the gang marvel over how taboo their movie is. At the start of this featurette, McKittrick fully admits he was only motivated by money to make the film (he’s not kidding either), leaving the rest of this unreasonably celebratory piece all the more hollow.

A Trailer for the film has not been included. 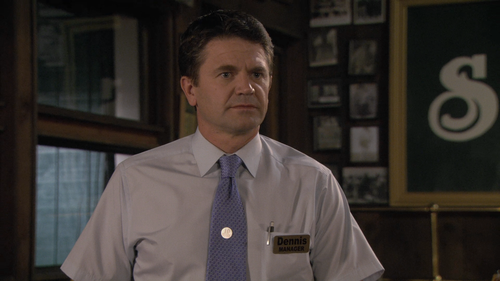 “Waiting” was a wildly uneven experience to begin with, making the inability of “Still Waiting” to top it unbelievable. Imagined as a crude 90 minutes of repetitive, obnoxious behavior, “Still Waiting” is a dreadful movie, and worse, if you can believe this one, something of a disappointment. With nothing new to offer the world of restaurant parody, this needless sequel is more skilled at lowering IQs than generating laughs. 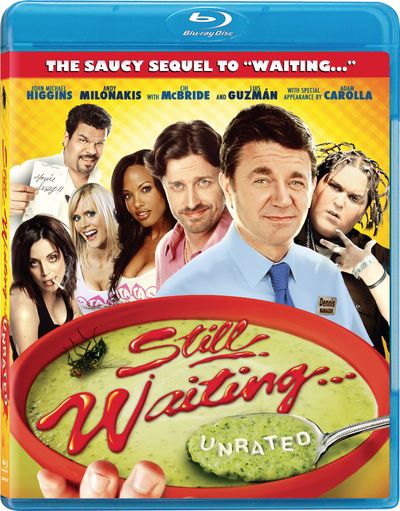