Blu-ray Review - How Do You Know 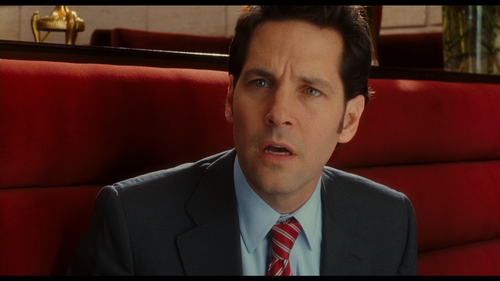 “How Do You Know” is a James L. Brooks film that plays like a parody of a James L. Brooks film. It’s an overly mannered, emotionally void romantic comedy, ideal for viewers who aren’t on the hunt for common sense when it comes to the oily mechanics of love on the silver screen. Straining to coast on charm, the picture instead belly flops immediately, massively overestimating the appeal of the cast and the tender overtones of the script. Heck, even the camerawork is bungled in this insufferable motion picture. I can’t believe Brooks signed off on it.

Lisa (Reese Witherspoon, having trouble juggling a multitude of accents) is a softball player recently cut from the Olympic team due to age. Instead of comfort, she finds a distraction in pro baseball pitcher Manny (Owen Wilson), a lothario who takes a shine to his new girlfriend’s honesty. George (Paul Rudd) is a corporate man faced with legal doom from the U.S. Government, watching his father, Charles (Jack Nicholson), slowly distance himself from his son at his time of need. With jail time looming, George has a meltdown, finding Lisa on the other side of his depression. Sparking up an undeniable chemistry, George is crushed to find Lisa still with Manny, pushing him to find a way to turn their unexpected friendship into something more romantic.

James L. Brooks is a legend (“Terms of Endearment,” “Broadcast News,” “As Good As It Gets”), and even legends are allowed to stumble now and again. However, “How Do You Know” has the shrunken posture of a first-time director who, faced with a puzzle of subplots and iffy motivations in the editing room, decided to slap the whole thing together with spit and wishes, trusting in the blinding marquee value of the ensemble to lure audiences in. This is a misguided, frighteningly comatose tale of love and neuroses; a maze of bad ideas that Brooks robotically assembles. He’s surviving this picture, not directing it. 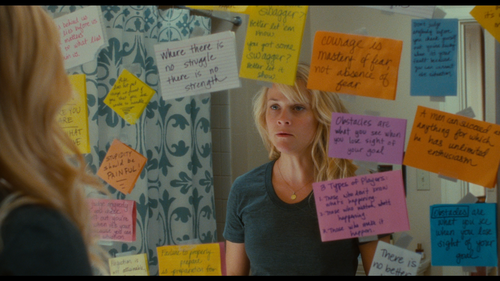 Outside of one effective moment of misdirection and an appealing supporting turn from Kathryn Hahn as George’s pregnant assistant, “How Do You Know” is putrid road kill, taking nonsensical leaps with logic to bond these loquacious loons together, creating a dulled love triangle that’s about as exciting to see played out as a city council meeting on public access television.

There’s a long list of objections here, but there’s one that boggles my mind: Exactly what does Lisa see in Manny to begin with? The obvious answer is a shared experience in professional sports, yet Brooks never touches on that probable connection. Manny is generally a lowlife womanizer with the intellect of a curveball, making interest from any woman who isn’t some type of groupie or gold digger a puzzler, much less someone Brooks wants us to believe is a strong-willed Olympian who takes constant inventory of her life. Take away the fact that Witherspoon is incapable of displaying vulnerability and Wilson’s doing an irritating caricature of himself, and we’re left with two individuals who begin and end as strangers. Without any heat generated between the twosome, the tension is gone, making George too much of a gimme. Every time Lisa locks herself in debate mode with these guys, it’s utterly insulting.

Rudd is channeling Jack Lemmon here, but that spastic energy is clearly trying to liven up a DOA screenplay. All the physical comedy and herky-jerky reactions can’t cover the film’s inertia, though I applaud Rudd for being the lone star here actually submitting an effort. George is a saint with a distancing set of problems that Brooks can’t pound out into laughs, facing the reality of white-collar crime: It’s not funny. The AVC encoded image (1.85:1 aspect ratio) presentation is aglow with soft lighting and bountiful colors, creating a romantic mood the BD handles with grace, allowing for a rich HD viewing experience with a purposeful haze. Hues are excellent, with bold reds and blues blended into the overall amber look of the film, revealing marvelous separation. Skintones are heightened some by the cinematographic push, but faces remain natural. Clarity is strong, with details popping off costumes and locations, while reactions are well defined, along with age differences. Shadow detail is supportive, making sense out of the film’s evening encounters.

The 5.1 DTS-HD sound mix keeps to the fanciful Brooksian world of light scoring and verbal fastballs, with the emphasis placed on dialogue exchanges, urging the chatter up front to create a concrete sense of connection. The voices are lush, blended well with musical efforts, which sound pleasingly restrained, only nudged into play for more cinematic moments. Soundtrack selections are comfortable, without supplying much of a low-end effort. Atmospherics are generous, filling the surrounds with activity during sporting sequences and street encounters, creating a directional sense of location. DVS, French, and Spanish tracks are available. 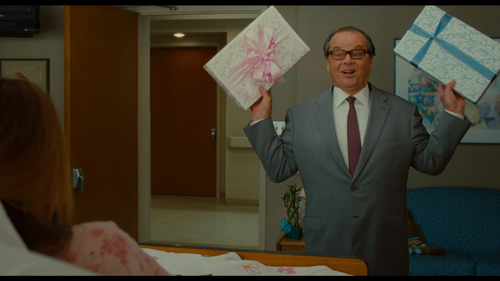 The feature-length audio commentary from writer/director James L. Brooks and cinematographer Janusz Kaminski is, to put it bluntly, completely useless. Though Brooks seems aware of how the commentary process works, he spends two hours of screentime only marginally invested in the art of sharing. BTS details are practically nonexistent here, with most attention placed on thespian gifts and editorial construction -- that is, when Brooks decides to speak. Producer Julie Ansell and editor Tracey Wadmore-Smith join the conversation about an hour in, but fail to liven up the room. Don’t waste your time with this track.

A second select-scene commentary with Brooks and star Owen Wilson is equally as useless, recorded before the actor had an opportunity to watch the film, thus encouraging long dead spots where the guys zap into filmgoing silence. Again, don’t waste your time.

“Deleted Scenes” (29:29) present extensive chunks of story, the best detailing the hardening of Lisa’s emotional state as she matures into adulthood (along with physical training freak-outs), and George’s panic once his legal reality sets in. There’s also a more contemplative alternate ending, along with an animatic for the conclusion provided by the staff of “The Simpsons.” They can be viewed with or without commentary from Brooks.

“Blooper Reel” (1:57) is a short burst of mix-em-ups, showing the cast clowning around with palpable glee.

“Extra Innings” (15:01) is a slickly produced making-of featurette that does an admirable job covering most of the creative process, using cast and crew interviews to illuminate the challenges of interpretation and preparation. The chats are charming, and there’s a peppering of BTS footage to help paint the production picture.

“A Conversation with James L. Brooks and Hans Zimmer” (25:59) is an informative, warm chat between the director and his composer, tracing their creative history to their latest collaboration. A discussion of musical tone ensues, along with an exploration of Zimmer’s work ethic.

“The George” (1:36) spotlights the recipe of a special cocktail prepared mid-movie, invented by noted chef Thomas Keller. The featurette can be viewed with or without commentary from Brooks. 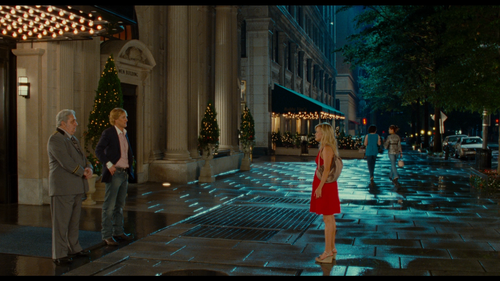 “How Do You Know” is shot through a champagne glass, gifted a tinkly score, and prods Witherspoon to flash her pearly overbite as much as she can. These are tricks to cover obvious problems, with two full hours of precious life devoted to the easily solvable foibles of fools. Brooks shoots for whimsy, verbal liberation, and swoon. I spent much of the moviegoing experience wanting to knock some sense into the characters with a shovel. 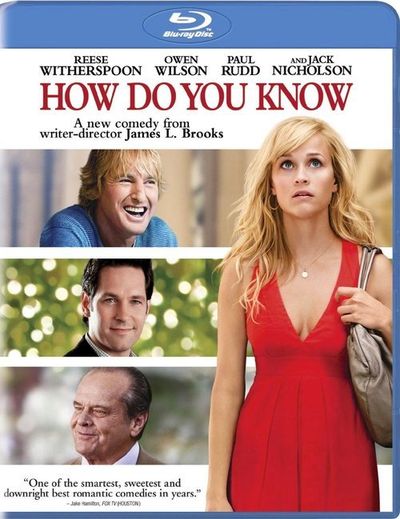