“Unknown” doesn’t know when to quit. Traditionally, relentlessness is a positive attribute for any thriller, but “Unknown” kicks off with an inert concept for suspense and proceeds to hog pile on the plot with total abandon, slapping on the whoppers and clichés like a maniac. In fact, the only thing missing from this Liam Neeson thriller is a cameo by Liam Neeson. Everything else is pretty much accounted for.

Traveling to an eco-friendly summit in Berlin with wife Elizabeth (January Jones, doing an amazing impression of a mannequin), Dr. Martin Harris (Liam Neeson) forgets a vital briefcase at the airport. On the return trip, cabbie Gina (Diane Kruger) involves the good doctor in a horrifying car accident, leaving him near death. Waking up four days later in a state of panic, Martin finds the world has rejected him, with Elizabeth denying his identity while another man (Aidan Quinn) has taken his place. Upset and confused, Martin sets out to uncover what he perceives as a conspiracy, enlisting former Stasi agent Jurgen (Bruno Ganz) to investigate, while seeking out Gina to help piece what’s left of his memory back together. 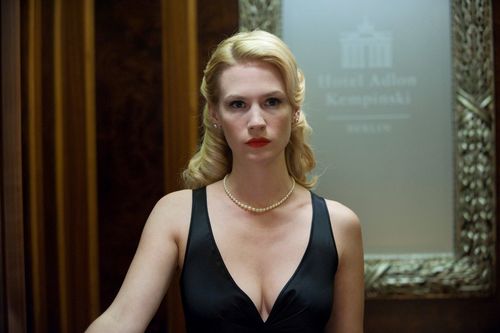 “Unknown” has a major reason why it’s such a sprawling mess: it’s based on a novel by author Didier Van Cauwelaert. Instead of a daffy script that tinkers with thriller conventions while remaining tightly reined in and directly plotted, “Unknown” has to manage several layers of mystery and character, with director Jaume Collet-Serra (helmer of another implausible misfire, 2009’s “Orphan”) determined to sustain literary integrity while tending to Hollywood action convention. This leads to two very long hours of Martin asking about Martin while stomping around Berlin in semi-hard “Taken” mode, chasing clues of little magnitude while the supporting actors each receive their chance to twirl for the camera.

The concept of Martin losing his identity isn’t novel, but the German DNA of the film provides a refreshing alien landscape for the protagonist to inspect. “Unknown” captures the frigid grip of the city as stone-faced assassins chase after Martin and Gina, with Jurgen taking to the internet and phones to help his client achieve some sense of sanity. In simpler terms, the material could’ve led to a barnstorming display of tension and sharp turns, leading with Neeson’s comfortably charged performance as the walking question mark. Unfortunately, the weight of the script quickly caves in the whole enterprise, spending too much time huffing stillborn suspense encounters instead of barreling through Berlin with crack cinematic timing. 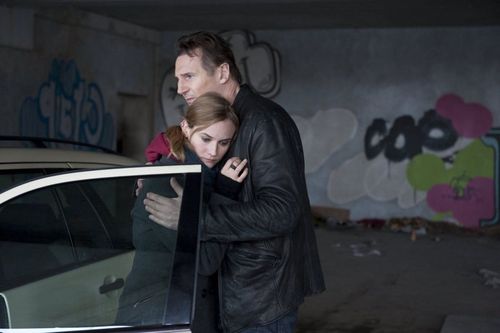 Collet-Serra hungers to merge classic Hitchcockian mystery with modern mayhem, showing patience with Martin’s unsatisfying mind games, but also making room to execute squealy car chases, acting as smelling salts to revive the proceedings. The shift back and forth leaves the picture punch-drunk, unsure of itself as it stages tedious verbal encounters (Gantz gives a welcomingly affected, slo-mo performance as the most German man in the history of Germany) that never quite enliven the story as intended. The characters are stale, the interplay monotone, and the twists unexciting. Perhaps erratic PG-13 violence is the only true way the director can engage his audience.

“Unknown” eventually, glacially works its way into position, and there’s some faint relief to find Martin’s big reveal is within the city limits of satisfaction. Infuriatingly, there’s an entire climax burying the relative simplicity of the truth, with suicides, terrorist bombings (complete with a handy countdown clock), fisticuffs, more car chases, a Bondian exposition-vomiting baddie, and tricky laptop hacking fattening the resolution, pushing matters to unintentionally hilarious extremes. “Unknown” eventually swan dives into pure excess and absurdity. By the time Martin restores his battered brain, I’d be surprised if there was anyone left in the theater who genuinely cared to learn more about his true identity. 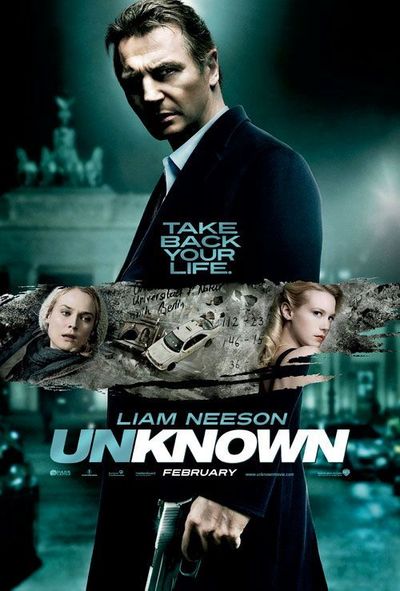