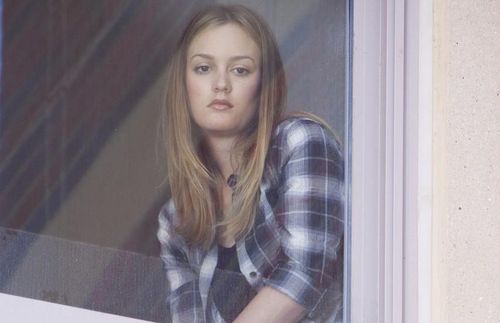 “The Roommate” is a dreadful motion picture, but do you really need me to tell you that? From top to bottom, the film is an unimaginative, unbearable moviegoing event, playing directly to easily startled teen girls who have nothing better to do with their allowance money. There once was a time when trashy thrillers could be counted on to deliver trashy thrills. Now we have Minka Kelly and Leighton Meester. Blah. Crazy bitch, PG-13-o-nized cinema deserves a more captivating representation than these two wet-lipped paper dolls.

A freshman at a California college, Sara (Minka Kelly, 31 years old) is ready for the real world after her stifling Iowan upbringing. Her dorm roommate is Rebecca (Leighton Meester, 25 years old), a gifted artist with a major overprotective streak, looking to bond with Sara in a big bad way. As the fashion design major becomes acclimated with the campus and its sisterhood cliques, Sara finds love with date rapist/frat hunk Stephen (Cam Gigandet, 29 years old), further disrupting Rebecca’s dreams of intense bonding. As the months pass, Sara grows increasingly aware of her roomie’s possessive behavior, which soon spills over to violence once Rebecca senses Sara is looking to move out. 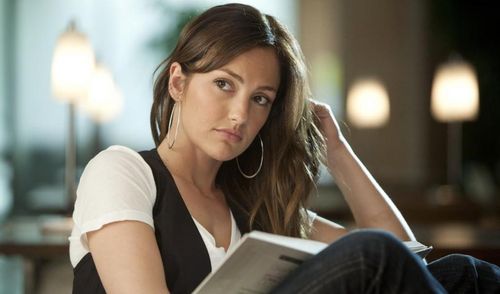 Though the screenplay is credited to Sonny Mallhi (his first produced work), the premise of “The Roommate” has been rehashed time and again, most successfully in the 1992 chiller, “Single White Female.” For this latest round of furious jealousy to cook properly, it needed a special sauce from the creative team, some sort of genre spice that could add needed flavor to pure repetition. Instead, “The Roommate” puts on a parade of vapid pretty people who I’m certain haven’t even seen a thriller before, hired strictly for their looks, not for their dazzling sense of thespian authority. To make matters worse, directorial duties have been handed over to Danish filmmaker Christian E. Christiansen, who imagines himself some type of Hitchcock Jr., wasting much of the film on twisty camera moves and artistic transitions to keep the imbecilic material awake. I wish that time spent planning meaningless shots could’ve been used to hunt for actual actors.

Of course, I use the term “actors” lightly, as both Meester and Kelly are both cut from the same pouty, baby-voiced cloth. In fact, I’m willing to bet serious money they’re the same person, as Christiansen does nothing to separate the performances. The leading ladies are atrocious, barely working up a sweat while burning through vaguely violent encounters or scenes of dorm room tension. They’re Barbie dolls without much in the way of big screen training, spending much of the movie looking agitated instead of being agitated. Add in Gigandet and his flat personality and “The Roommate” poops out mere minutes after commencing. For added aggravation, there’s also Billy Zane, portraying a lecherous fashion professor with a cooing realism that, frankly, left me quite uncomfortable. 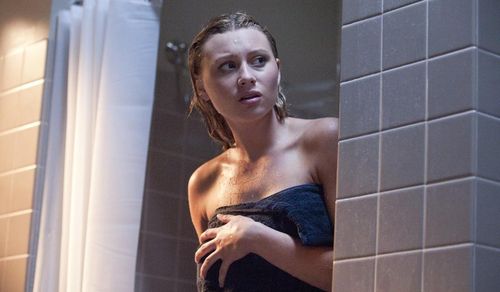 Once Rebecca hits the warpath to protect her dorm buddy from the evils of pushy pals and manipulative boyfriends, “The Roommate” deflates further. Again, the film is PG-13, so little of the jealousy is explored to extraordinary ends. Instead, Rebecca tears a belly ring off a twerpy neighbor (a repellent Aly Michalka), masturbates while staring at a photo of Sara’s dead pre-teen sister, and tosses a kitten into a running dryer (feline fanatics might want to skip this film). And when push comes to shove and this bipolar princess is finally ready to take a life, the murder is staged bloodlessly, with the victim making faces that could represent either the throes of death or the digestion of spicy chili. You pick. There’s no mean streak to the film, just a very banal run of red-eyed stalker behavior, emerging from a Gimli-sized pop tart that, for some reason, no one is able to stop.

An empty, lifeless, excruciatingly acted commercial for lip-gloss and fashion schools, “The Roommate” drags to a predictable showdown conclusion, pitting the actresses in a gun-swinging grunt-off that’s just as dismally ineffective as the rest of the feature. Of course, a thunderously dramatic resolution isn’t entirely expected, but it would’ve been nice to emerge from this film clinging to one genuine surprise. No luck. Instead, the picture is 90 minutes of two disturbingly interchangeable actresses and some kitten torture. Oof. Wow you really need to let off the movie wasn't that bad. If I didn't know any better I'd say that you were a little bit jealous that u weren't one of those pretty girls making the big bucks.