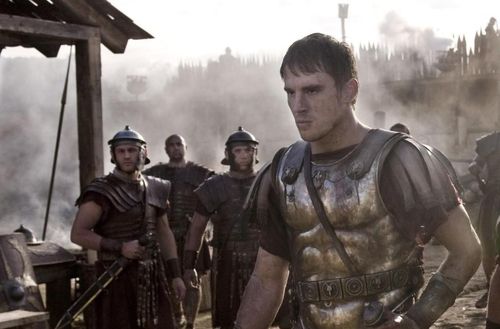 Technically, we’ve already been here, and recently too. Last summer, Neil Marshall’s blood-drenched “Centurion” took viewers into the mystery of Rome’s legendary Ninth Legion, a group of soldiers who disappeared into Northern British territory after encountering ferocious Pict warriors. “The Eagle” doesn’t exactly replay these events, instead it lurches ahead a few decades to study the aftermath, only here there’s more of a slack poetic edge instead of merciless slaughter, with director Kevin Macdonald unable to secure a riveting pace as he struggles to depict profound stances of honor and absolution.

Twenty years after his father lead the Ninth Legion into the darkness of Britain and lost The Eagle, a treasured symbol of Rome’s glory, his son, Marcus Aquila (Channing Tatum) has returned to restore honor to the family name. Facing off against the mysterious tribes of the land, Marcus is injured and returned to luxury, handed Esca (Jamie Bell), a Pict slave whose life was spared in a gladiatorial arena. Frustrated by his distance from the front lines, Marcus learns of the Eagle’s whereabouts via rumor, urging him to return to the open land of Caledonia and find his golden statue of redemption. Bringing along Esca as a guide, Marcus soon learns the reality of this harsh frontier, riding into danger he’s unprepared to repel. 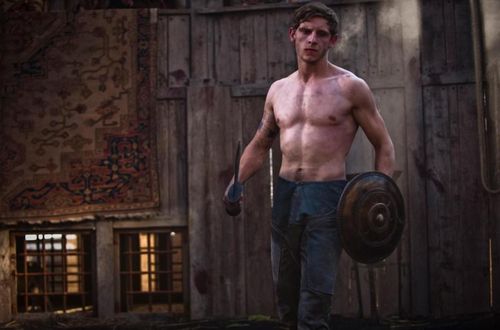 While they share DNA, “Centurion” and “The Eagle” are two very different features with distinctive cinematic goals. Marshall’s movie set out to raise hell, making for more of an action event, while Macdonald’s film highlights the churn of introspection and shame, developing a screen warrior who only wants to restore honor to his father, not conquer the savages. Adapted from “The Eagle of the Ninth,” a celebrated young adult novel, the picture is teeming with violent, graphic skirmishes, but the material is primarily concerned with characterization, using Marcus’s drive to burrow into a cross-country adventure that touches on themes of honor and loyalty while occasionally slicing a few throats open.

Taking off into the splendor of this unsettled, hostile land, “The Eagle” provides a forbidding, frequently gorgeous viewing experience courtesy of cinematographer Anthony Dod Mantle (“Antichrist”), who sustains a pronounced mood of elemental beauty to the journey, capturing the threat and peace of a wild country infested with obstinate armies. Frankly, “The Eagle” is a movie best viewed on mute, allowing audiences a chance to drink in the evocative images without the film’s permissive attitude toward goofy accents ruining the effect. In silence, the picture seizes a distinctive personality and momentum of threat, surveying the metallic choreography of the Roman armies and the feral nature of the Picts. Watching “The Eagle” is a lot more rewarding than listening to the picture. 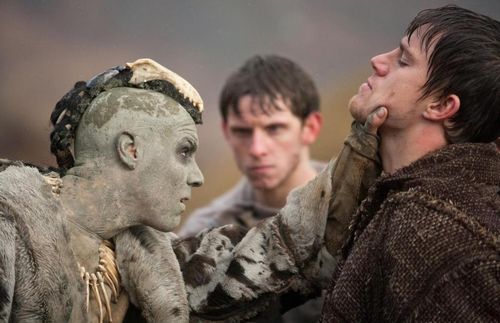 Casting is a major headache for the feature, placing Channing Tatum into a lead role that’s well above his skill level. While the actor has the strapping physicality for the part, his b-boy tone and obvious discomfort is distracting, bested by an accomplished supporting cast that includes Bell, Donald Sutherland (as Marcus’s uncle), Mark Strong, and Tahar Rahim, vividly embodying a relentless tribal enemy. Tatum looks out of place, handed long stretches of dialogue he can’t massage into organic deliberation. Better with a sword than a monologue, Tatum is wrong for the part, used more for his marquee value than his natural abilities with intense dramatics.

Macdonald overstays his welcome with “The Eagle,” stretching the film out with repetitive scenes of challenged honor, eventually confusing the actual heroism of the story. By the end, the feature sides with Rome and its prized Eagle, yet the rest of the picture clearly states the empire is littered with vicious monsters out purely to harm. The same goes for the Picts, who show both honorable and reprehensible intentions. The abrasive similarities would be outstanding if Macdonald didn’t pick his favorite team in the end, obscuring the resolution of the story. “The Eagle” is a film filled with similar irritations, making the picture struggle for the glorious significance it clearly hungers for. 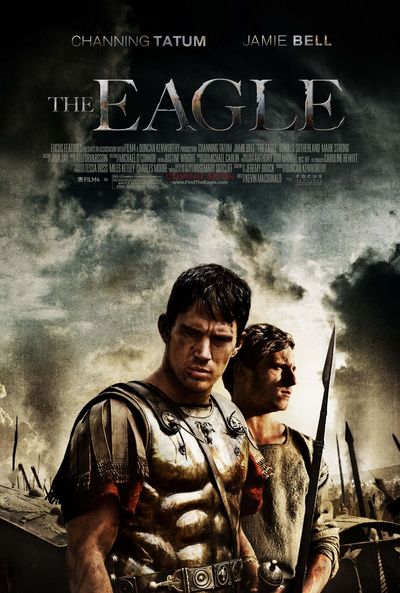