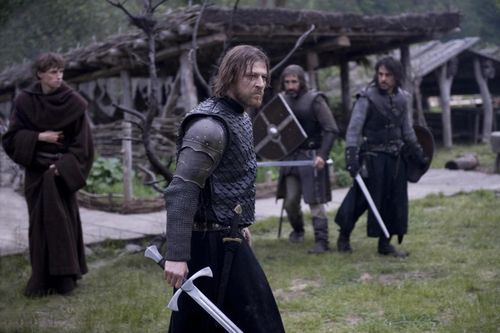 Devouring a steady diet of horror pictures and charged thrillers over the course of the moviegoing year, a film critic becomes unavoidably accustomed to witnessing random acts of violence. That’s not to say bloodshed doesn’t retain its frightening qualities, but after a while, a certain numbness sets in with anarchy that is more artless. The medieval saga, “Black Death,” honestly scared the stuffing out of me, in a way I haven’t felt from a movie in a very long time. Brutal, austere, and ultimately an effective educational tool, the picture is an unflinching, haunting dissection of fundamentalism, translating the rigors of faith into a grotesque poetry of pain and suffering.

The year is 1348, and the black plague is destroying Europe, bringing death to every corner of the nation. For young Osmund (Eddie Redmayne), a conflicted monk, life in service to God has pained him greatly and he embarks on a secret sinful relationship with a village girl, blurring his commitment to the church. When pious knight Ulric (Sean Bean) and his team of warriors (including John Lynch) set out to find a remote marshland community home to a rumored necromancer, they enlist Osmund as their guide, setting off into the plague-ravaged land armed with their faith and various torture devices used to tame the godless. Upon arrival at this seemingly healthy utopia, Ulric and Osmund find special concern with Langiva (Carice van Houten), an enigmatic herbalist who may very well be the witch they’re out to kill in the name of God. 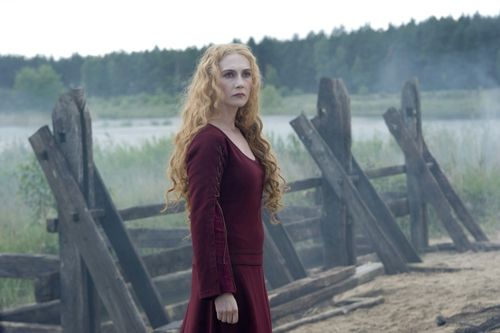 A word of warning: “Black Death” is an enormously violent picture (the title doesn’t exactly promise a picnic by the lake), merging acts of severe bodily trauma with a pronounced intensity few horror pictures could ever hope to achieve. The anguish is focused, illuminating bleak psychological areas of devotion, and how that drive of honor perverts into madness with even the slightest adjustment of purpose. The brutality is skillfully rendered by director Christopher Smith (“Triangle,” “Severance”), who effectively drags the viewer through the muck and paranoia of the era, capturing a smoky, mud-caked wasteland of bodies and misery with a pitch-perfect tone of suffocating dread. As far as these characters are concerned, they’re witnessing the end of the world, with God’s patience the only light left in the endless darkness.

The spirit of fanatical behavior drives “Black Death” away from crude routines of terror, using religious fervor to study the extremes of devotion, with Ulric crossing the land, killing anything he deems a threat to his faith. To the character, this is not murder, but a purging of evil; his duty and soul depend on the eradication of the infected during this period of widespread heavenly punishment, with the “men on a mission” plot exploring Ulric’s pitiless perspective as the team crosses troubled land on their way to deliver salvation. Some of these soldiers fight for money, Osmund joins to find his departed love, but Ulric’s command is ruthless, wielding Christianity like a sword as the team makes their way to a village that miraculously hasn’t been struck by the plague, run by hospitable folk who, Ulric observes, haven’t visited their church in a very long time. 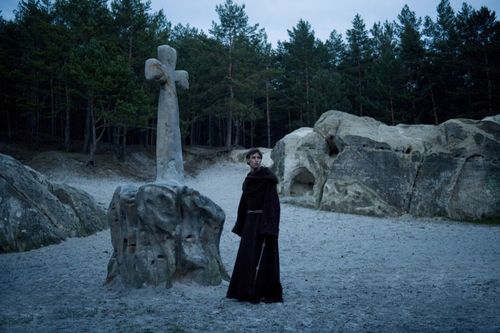 “Black Death” soon comes to pit believers vs. nonbelievers in a community war of sorts, with Langiva challenging Osmund’s fragile grip on God’s will through displays of supposed magic and heartbreaking temptation, offering the shaken soul visual proof that a better world exists beyond the limitations of religion. The script by Dario Poloni smartly pulls the viewer in numerous directions, using vicious acts of sacrifice and insanity to examine the disquieting comfort and manipulation of faith. Osmund is the demoralized soul in the middle of it all, bound to Ulric and his war for God, yet tempted by Langiva and her kingdom of immediacy and flesh -- instant Earthly certainty vs. the isolating marathon of faith. Smith is dancing on a powder keg with this material, but it’s a masterful filmmaking accomplishment, deftly weaving thought-provoking ideas with limb-ripping, disemboweling, throat-slashing acts of violence to keep the stakes as urgent as humanly possible.

“Black Death” is a riveting feature film, marvelously imagined by Smith and cinematographer Sebastian Edschmid, who makes visual art out of nationwide calamity. It’s a raging, feral film of stunning relevance to today’s solidifying fanatical world, pressing difficult ideas on the wrath of God and the limits of belief into a profound statement on the chilling contradictions of the human experience. Smith’s also wrangled himself one hell of a horror picture, sure to drain the color out of audiences. Brave and brutal, “Black Death” displays outstanding consideration and execution. 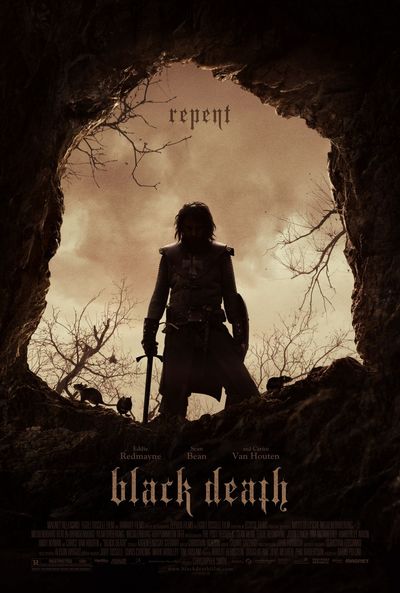 Wow. I've always been impressed by your tolerance for violence. I personally had a hard time sitting through movies you enjoyed. "The Hills Have Eyes" comes to mind. If this movie makes you uncomfortable I may not be brave enough to check it out!

If you have a half-decent attention span and an eye for history you can quickly determine that "religious fanaticism" is not the war-causing boogeyman that the simplistic make it out to be. There are political and financial motivations behind almost every single party to every violent conflict. In the case of the Catholic Church/Inquisition, the motivation was solidification of political power and riches- religion was just a smokescreen. The Inquisition was set up to snuff out (and torture/kill) BIBLE READERS, for crying out loud!

That modern (ignorant or perhaps agenda-driven) culture-drivers who try to use Medieval violence as a caution against religious fervor are completely missing the point. The Church was fighting AGAINST the fervently religious (those questioning the church on Biblical grounds) and doing it for non-religious reasons. More "Bible thumping" could have prevented that mess...