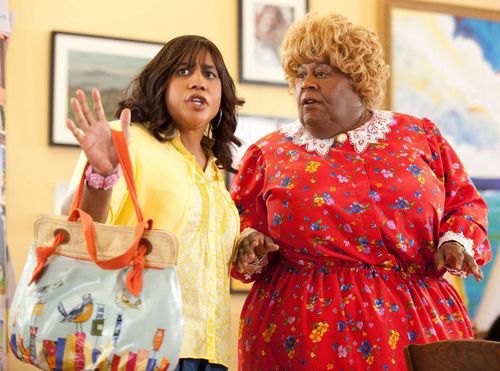 When “Big Momma’s House” was released in 2000, I can’t imagine there was any honest expectation of a sequel. An undemanding drag comedy merging action and antics from star Martin Lawrence, the original picture fulfilled whatever need there was to see the comedian rock an enormous fat suit and channel the child-rearing sass of his grandmother. Well, there actually was a sequel in 2006, straining the concept to a breaking point. And now, 11 years later, we’re faced with a third installment, providing Lawrence an opportunity to flex his atrophying box office muscle and reinvent the “Big Momma” brand, bringing in rising star Brandon T. Jackson to carry on the glorious cross-dressing cause.

F.B.I. Agent Malcolm Turner (Martin Lawrence) is having trouble communicating with his stepson Trent (Brandon T. Jackson), a young man with big rap superstar dreams looking to skip college on his way to the music industry. Plans are halted when Trent witnesses the murder of a critical mob informant, necessitating a revival of Malcolm’s “Big Momma” disguise to help hide the frightened young man, soon handed his own dress and rechristened “Charmaine.” Brought to the Georgia Girls’ School for the Arts for safekeeping, Charmaine struggles to adjust to life as a woman, finding unexpected chemistry with fellow student Haley (Jessica Lucas). For Big Momma, the romantic pressure is equally intense, as a flirtatious janitor, Kurtis Kool (Faizon Love), reveals his preference for older, thicker ladies. 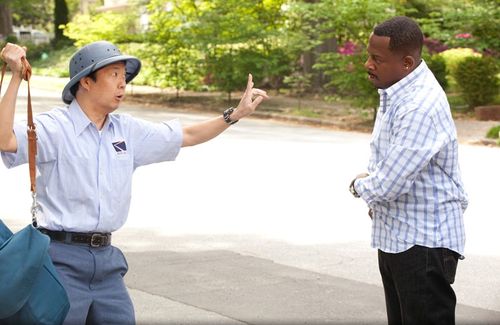 I’m not exactly certain why it takes roughly five years to dream up one of these “Big Momma” movies, but the considerable divide between films is most certainly not spent refining the scripts. “Big Mommas” (a misleading title, as Charmaine is neither big nor a momma) is easily the laziest piece of writing the franchise (gulp) has seen thus far, almost taking pride in how it coasts on the same jokes and comedic encounters, using Charmaine as a way to recycle old bits into an unwelcome second sequel. One could make the argument that “Big Mommas” is strictly for fans, but that doesn’t excuse unfunny scenes where Big Momma plays Twister with Kurtis, offers herself as a nude model for a drawing class, or stays sassy with some fierce fat suit dancing.

This is the point where I’m expected to write, “If you’ve seen one of these movies, you’ve seen them all.” But that would suggest you’ve already experienced one of these pictures. If so, I extend my deepest sympathies. I hear there are support groups available for people who’ve survived lousy Martin Lawrence comedies. 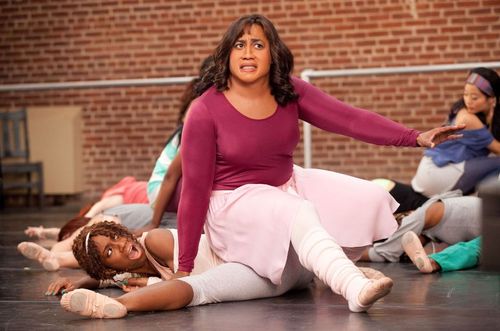 As for Charmaine/Trent, he has his own troubles to sort through while remaining  undercover, struggling to romance Haley and keep his eyes on the rap star prize. Of course, the character softens during the course of the picture, embracing his feminine side at the school while learning more about Malcolm’s professional sacrifices, forcing the young man to reconsider his educational priorities. This is sitcom writing at its most transparent, but at least Trent’s subplot cuts down on the exhausted Big Momma antics.

And without this young character, we wouldn’t have the line, “Yo, this is some Nazi German schnizzle!” A retort blurted out by a peripheral character in response to Malcolm’s parental intensity. I’m pretty sure that’s some type of hate crime.

As with the previous pictures, there’s a police story to manage, this round belonging to Russian villain Chirkoff (shades of Dieter Von Cunth from last summer’s “MacGruber”) who’s after a flash drive located somewhere on school grounds. This leads to an exchange of bullets, a peppering of one-liners, a number of “Lawd, have mercy!” exclamations, and a climatic show of force from Lawrence to remind viewers who this franchise truly belongs to. Or perhaps the star is just kindly pointing out who deserves the most blame when this wheezing comedy finally comes to a complete stop.