DVD Review - See You in September

“See You in September” is yet another roll around the muck of New York City neuroses, fiddling where many films have fiddled before. Missing a performance miracle or outstandingly scripted concern, the picture instead wilts instantly, offering viewers a snapshot of slapstick anxiety that’s neither merry nor original. It’s all just utterly forgettable.

Freaking out after her therapist (Whoopi Goldberg) declares her intention to vacation for the month of August, commitment-phobe Lindsay (Estella Warren) is anxious to continue her self-exploration with a new analyst. Finding every therapist she seeks out is breaking away for the month, Lindsay bravely assembles her own support group of damaged people, including wisecracking A.J. (Justin Kirk). Bonding over their shared fear of life and love, the team finds new ways to mature, relying on one another to make a significant change in their lives. For Lindsay, romance unexpectedly blossoms with A.J., though she’s wary of indulging her heart while her head urges her into fear-based decision-making.

“See You in September” never feels like an authentic motion picture experience, instead coming across as a tepid play nobody wanted to produce for the stage. The feature is molded from a series of extended encounters with Lindsay’s irritable group, where we watch the adults share their distress, argue over attitude, and trade insults. It’s a verbose piece of scripting that’s built to showcase the dramatic and comedic flair emanating from the ensemble (which includes Sandra Bernhard, Michael Rispoli, and James McDaniel), gifting them chunks of breathless dialogue that explores failed relationships, the nature of attraction, and fear of interaction.

This is not a revolutionary screenwriting achievement, and it barely comes to life as pleasing formula. Instead, “Law & Order: Special Victims Unit” actress Tamara Tunie (making her directorial debut) blandly stages the agitated encounters, sustaining a false belief that the inherent charms of the written page will conquer in the end. “See You in September” needed a firm visual grasp, an energy that could make the chatter more stimulating than a bunch of actors standing around remembering lines. Tunie looks to glaze the feature in romantic Manhattan honey, but the effect is often meaningless, as the film looks exactly like hundreds of other motion pictures that seek comfort in the urban insanity of New York. Surely there are neuroses, personal doubts, and iffy romance in other American cities, right? Maybe Boise, Bozeman, or Flagstaff? Pitting self-absorbed stereotypes in the middle of the Big Apple contributes monumentally to the uninspired mood of the piece.

The anamorphic widescreen (2.35:1 aspect ratio) presentation captures bold colors off costumes and neon street life quite well, with a pleasing range of hues that offer the image some sense of life. Skintones are equally inviting, looking comfortable and purposeful. Black levels are supportive, sustaining evening encounters and low-light group scenes, permitting a full read of interiors.

The 5.1 Dolby Digital sound mix is a modest effort, basically sustaining the quality of the dialogue exchanges, giving the conflict and coo a sufficient frontal position to provide expositional clarity. Directional activity is limited here, though some of the verbal explosions bring about dimension, along with street atmospherics. Soundtrack cuts sound full, complimenting the visual experience.

While saddled with hoary slapstick situations and empty acts of flirtation, the cast manages to drum up some charisma, and I enjoyed watching Warren compute the fussy business -- a rare display of obsession from the often morose actress. Nevertheless, the ensemble isn’t enough to breathe life into flat sitcom material, with the film’s climatic reach toward profundity more irritating than enlightening -- a bothersome last-minute shot to offer this cold hunk of cliché some emotional life it should’ve been searching for from the first frame. 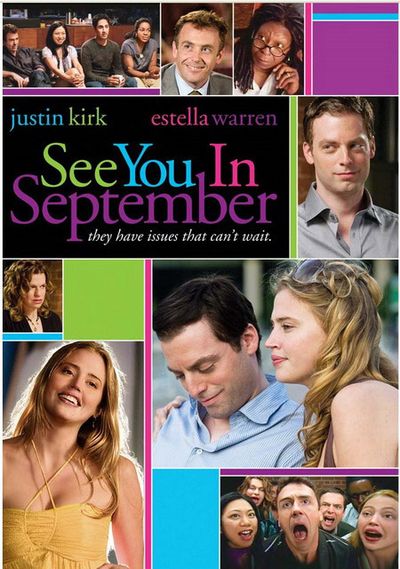