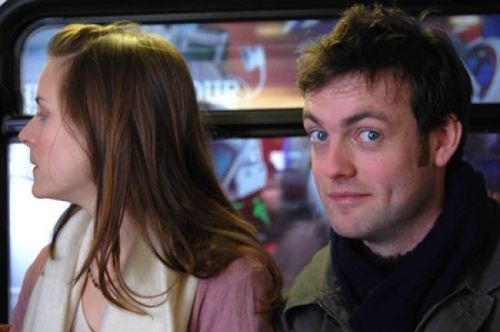 Writer/director Julian Kemp faces an uphill battle with “My Last Five Girlfriends.” In this day and age of the ubiquitous romantic comedy, there’s little originality to be found, leaving the average filmmaker scrambling for cliché just to maintain basic likability. Curiously, “Girlfriends” isn’t looking to be warmly received, instead lurching for a breakneck pace of sly whimsy, investigating the fragments of a broken heart through elaborate fantasy, with enough visual effect shots to rival a “Transformers” picture. And what does the screen blizzard amount to? An intolerable ride of self-importance and easily avoidable emotional trauma.

Duncan (Brendan Patricks) is a baffled thirtysomething man on the verge of suicide. As he swallows a bottle of pills, ready to kiss the world goodbye, his mind returns to the dire relationships that contributed to his depression. Reflecting upon Natalie (Edith Bukovics), Olive (Jane March), Rhona (Cecile Cassel), Wendy (Kelly Adams), and Gemma (Naomie Harris), Duncan traces his mistakes and irritations, imagining himself in a theme park modeled after his own life, with unstable thrill rides based on his relationships. Returning to the ugliness and glory of love, Duncan hopes to recognize where his life went so wrong. 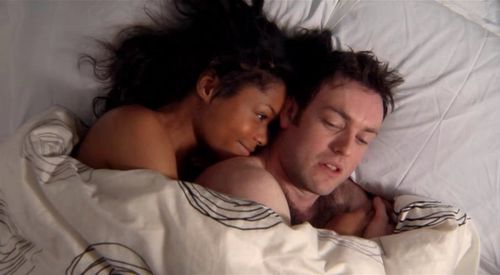 “My Last Five Girlfriends” is a rare bit of navel-gazing from England, interrupting a cinematic pastime typically reserved for young, aimless Americans. Adapting Alain de Botton’s philosophical writings for the screen, Kemp looks to isolate Duncan’s broken heart and weary mind, using a hectic world of visual effect vignettes to demonstrate the neurotic sloshing of his soul. There’s a torrent of greenscreen and cheapy computer tricks swarming the screen, with Kemp using blitzkrieg editing to manufacture our hero’s mental whirl, observing the man as he falls in and out of love. The filmmaker also sustains an ornate fantasy life that finds the sap slumping around a theme park of self, embarking on turbulent roller coasters and free falls that force him to reflect on his past relationship blunders.

The concept of a tornado of thoughts and asides within Duncan is clever enough, yet Kemp doesn’t deliver a purposeful slap of reality to balance the fancy. Instead, the feature is a strident run of whimsy that corrupts the finer points the movie is trying to make. One should feel some type of connection to Duncan and his game of romantic pinball, but Kemp is too quick to pervert the experience into a tiresome video game bludgeoning, with exhaustively unlikable characters and tedious situations of conflict that only require basic efforts of communication to solve. Kemp treats everyone like idiots, smudging the obvious seams in the screenplay with cartoon antics that cripple the entertainment value and erode the emotional core.

Perhaps a man this self-absorbed, easily overwhelmed, and dishonest should kill himself. It’s an outrageous, mean-spirited thought, but I couldn’t suppress this fantasy while watching Duncan act like smug monster for 85 minutes of screentime. 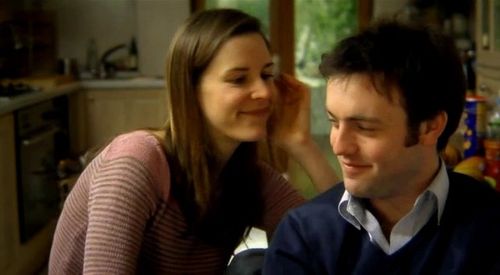 The anamorphic widescreen (1.78:1 aspect ratio) presentation doesn’t offer a comfortably solid viewing experience, with isolated moments of EE and pixelation making trouble for the image. Colors are undemanding and prone to bleeding, perhaps best served on costuming. Bold hues are lacking for the fantasy sequences, which seem like they should offer more life. Black levels aren’t too muddy, keeping the image peaceful during evening sequences.

The 5.1 Dolby Digital sound mix is a tinny affair with scoring cues that overwhelm the actors at times, creating a chunky mash of dialogue and music. Soundtrack cuts sound marginally better, filling out the depth of the track with a certain boogie. Theme park particulars are healthy, working the surrounds with respectable atmospheric quality. A 2.0 mix is also available.

The feature-length audio commentary with writer/director Julian Kemp starts off with a bold proclamation that most commentaries are “rubbish.” Ouch. Kemp then spends the remainder of the film trying to find parts of the picture to comment on, exploring the development of the script, casting triumphs, and the technical challenges required to pull off the ambitious visual elements. Kemp is eager to impress, which is always welcome, and he’s joined via phone by Patricks halfway through the track to add further reflection.

“An Interview with Julian Kemp and Cast” (3:20) chats up the gang for their thoughts on the arduous filmmaking process and their favorite scenes.

“Behind the Scenes” (1:44) is a short slice of on-set camaraderie, with the cast and crew captured in various locations and giggly states as filming carried on.

“Special Effects Compilation” (6:23) is perhaps the most valuable resource on the DVD, showcasing how elaborate shots were accomplished, often through layers upon layers of visual elements. 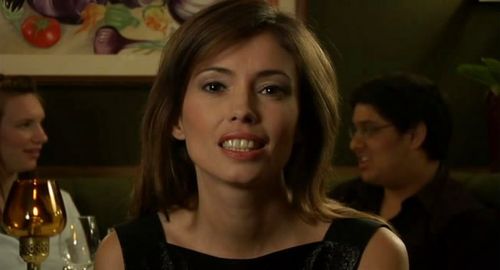 Granted, Harris has her charms in the role of Duncan’s greatest mistake, and I was pleased to see Jane March in action again after “The Color of Night” torched her career in 1994. However, the small blessings don’t add up to much in this aggressive misfire. “My Last Five Girlfriends” is distant and winky, with the mounting artifice burning off any human aspects of this tainted love. 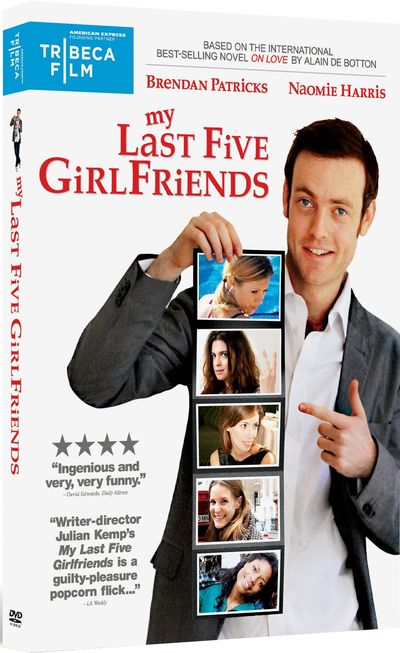