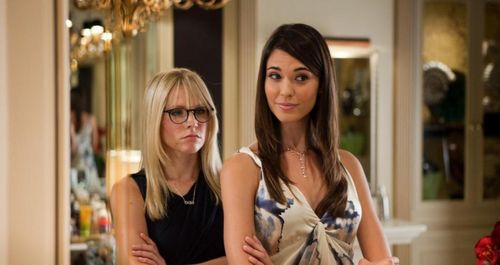 After a high school experience ruined by the bullying efforts of cheerleader Joanna (Odette Yustman) and the rest of her class, Marni (Kristen Bell) has grown up to become a confident, successful woman, trading her braces for career glory. Returning home for her brother’s wedding, Marni learns that Joanna is the bride-to-be, sending her weekend into a tailspin. While Joanna claims she doesn’t recall any hallway brutality, Marni is all too aware of her past treatment, trying to refresh the bride’s memory with some ugly evidence. For Marni’s mother Gail (Jamie Lee Curtis), a similar situation has unfolded, with Joanna’s cosmopolitan aunt, Ramona (Sigourney Weaver), coming back into her life, resuscitating dormant feelings of anxiety as the two recall their hostile high school experience. 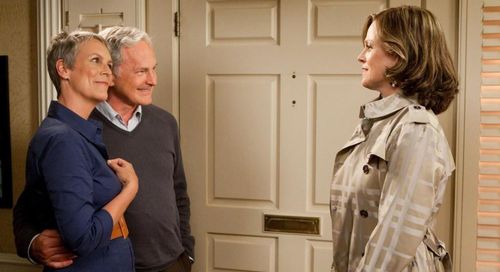 In the opening of “You Again,” we’re confronted with the sight of Marni losing the battle with her adolescence. Covered in pimples, unshowered, and rocking a full set of braces, she’s a defenseless mess. In most directorial hands, the very sight of Marni in tatters would be enough to nail a precise note of characterization. “You Again” has to contend with Andy Fickman (“The Game Plan”), who orders Bell to underline her geekdom for the viewer by having the actress twitchily show off the braces, even finger them awkwardly in case we fail to grasp she’s supposed to be gauche teen. With this painful opening moment, subtlety is booted to the four winds, while Fickman sizes up the movie for Groucho glasses, commencing a grimly unfunny picture performed by a graceless cast conned into a script evidently written by someone who’s never seen a movie before.

How about a scene where Gail, looking to confront Ramona with her adolescent concerns, takes an abrupt detour into the hotel magnate’s lush bathroom. In there she applies nearby lotion, basks in the opulent décor, and tries on Ramona’s fancy diamond earrings. Of course, one of those earrings clumsily ends up down the drain, with Gail forced to frantically empty the bathroom pipes to retrieve the prized jewelry, dousing herself with water and making a mess of the bathroom in the process.

I’m not looking for a razor-sharp wit, my dear readers, just competent pap with an elementary sense of comedy history. At least there isn’t some type of food fight.

Actually, there sort of is one. 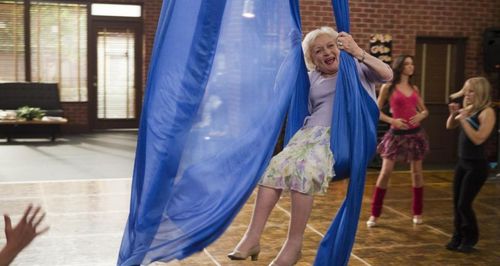 “You Again” skips the effort to achieve an appealing funny bone perspective, with Fickman permitting his cast to do whatever they like, forging a slapstick tone that never catches fire. He’s a pushover director with an unqualified cast, spotlighting Bell’s inability to carry jokes by herself (she’s only tolerable as a straight man), urging her to flop and grimace around the film like a freshman at clown school. She’s intolerable in the lead role, but, to her credit, there isn’t a performance here that works. Both Curtis and Weaver are offered stunningly little to do, Yustman is offered far too much to do, Betty White pops up as Marni’s horny grandmother (effectively burning off the glory from her recent career victory lap), and Kyle Bornheimer bombs extraordinarily as Joanna’s old flame, arriving to spoil the wedding. His mumbly improvisational work here is screen poison, but Fickman, suggesting he might’ve been asleep during filming, just lets it all drone on and on until everyone in the ensemble has a chance to damage their career.

Because it’s all so unfailingly predictable, “You Again” lunges for tears in the final act, which serves up realizations and apologies, yet very little logic. The conflicts here are only mildly sketched out, yet the resolution is handed top priority, making the film strain hard to bring together people we know very little about. Especially Joanna, whose entire arc of villainy is only marginally appreciated, making her move from devil to divinity a real head-scratcher. 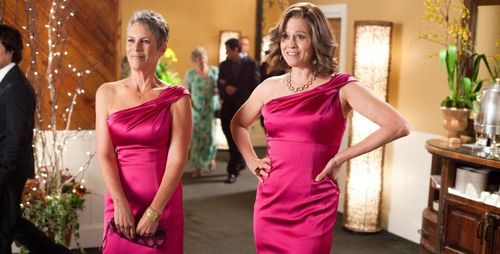 A soft domestic mood is maintained by the AVC encoded image (2.35:1 aspect ratio) presentation, with overall sharpness muted to keep colors lush and interiors warm. Hues do pop extraordinarily, with yellows and reds making an impression, while the general summer ambiance of the picture is sold with pleasing emphasis and comfortable separation. With all these faces to survey, detail is in good shape, seizing the allegedly comedic tone with broad reactions and goopy slapstick, while costumes offer welcome textures. Skintones are natural and comfortable, while shadow detail is competent, though clotted with set design particulars, failing to pull out extensive visual information.

Low on big, boomy events, the 5.1 DTS-HD sound mix is assigned a more pedestrian route of verbal interplay, looking to keep the myriad of comedy speeds in movement without overwhelming the listener. The effect is more frontal with primary exchanges, though frantic group shots feed into the surround with some success. Scoring is thin, yet plays into the film’s intent well, while soundtrack cuts offer more heft, providing some bass to the limited mix. Atmospherics are active, best with the silly stuff, with water and food hijinks introducing some welcome directional activity and seamless squish. French and Spanish tracks are also included. 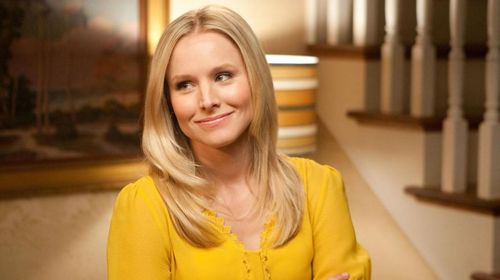 “Following Fickman: On Set with the Director” (7:03) spotlights the charged-up affableness of the director, with cast and crew gathered to pay their tributes to the man’s tireless work ethic and perpetual clowning. Fickman loves to play to the camera, so this isn’t a true document of on-set mood, but a fluff piece where everything is happy, the company is in love with one another, and every take is knee-slapper.

“Blooper Dance Party” (5:18) is a blend of traditional mix-em-ups and forced on-set horseplay, showcasing the cast and crew in all manner of giggles and boogie as the film and promotional materials are shot.

“Ask the Cast” (1:22) is a strained comedy bit that hits Bell, Weaver, and Curtis with a few staged questions, punctuated with a smutty one-liner from White.

“Funny or Die” (3:02) pits the actresses (minus Curtis) against one another in a career-off for the sporadically humorous comedy website.

“Deleted Scenes” (27:22) offer numerous scene extensions that maximize the humiliation for Marni, eating away tiny fragments of the running time. Better are the larger chunks of character, displaying Grandma’s memory loss, Gail’s work on dance silks, and a large bridal shower sequence that includes a cameo by Duff Goldman. The scenes can be viewed with or without introductions from Andy Fickman. 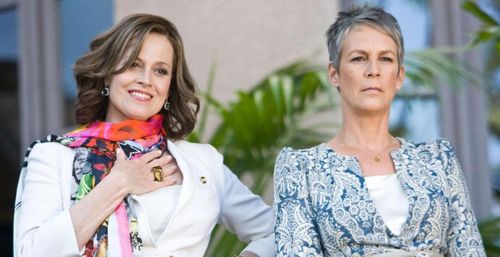 As Fickman checks off the clichés, instructs the performers to go as broad as can be, and works in a few dance and off-key singing sequences, he creates the cinematic equivalent of a blank stare; it’s a film that doesn’t make an effort to heartily entertain, and I fail to see a reason why anyone should make an effort to see it. 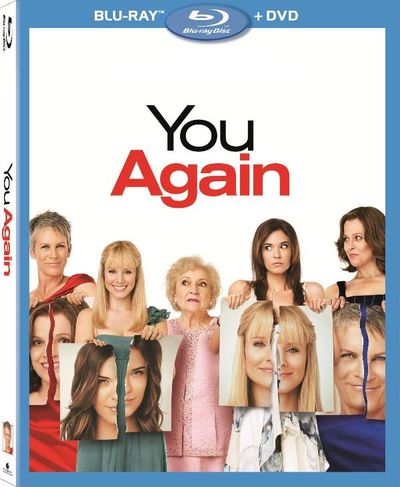