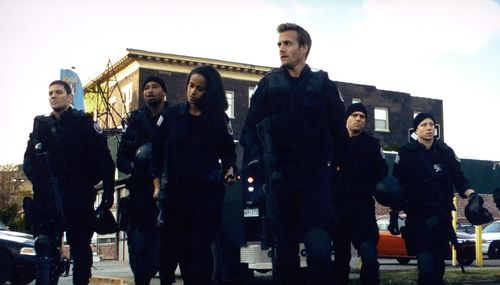 2003’s “S.W.A.T.” was a wildly entertaining noisemaker. An update of the 1975-76 television series, the original film combined bold Hollywood theatrics and frosty police procedure comfortably, led by a generous portion of star power and muscular direction from Clark Johnson. Eight years later, we have “S.W.A.T: Firefight,” a DTV sequel that does away with procedure, star power, and secure direction. While amusing in the moment, with a merry junk food cinema rhythm, the low-budget follow-up isn’t nearly as brawny as the original feature, electing video game stylistics and movie-of-the-week plotting to dream up a new “S.W.A.T.” adventure. 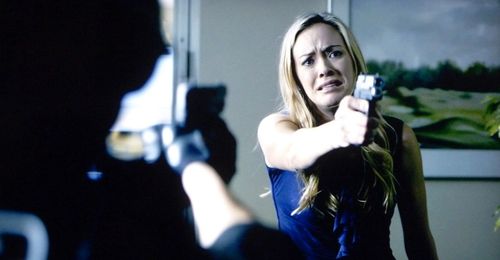 A hotshot S.W.A.T. commander in Los Angeles, Paul (Gabriel Macht) is ordered to travel to Detroit to shape up the local squad, preparing them for a critical police certification test. Finding the officers lippy and lax in their discipline, Paul initiates a grueling regiment of weapons training and tactical thought. At first rebuffing the new commander’s demands, the team gradually comes around to respect Paul’s challenging ways, embarking on an exhausting education that comes in handy when Walter (Robert Patrick), a rogue government spook, aims to exact revenge on the gang after the death of his romantic fixation (Kristanna Loken, here for roughly 90 seconds) during a chaotic skirmish. 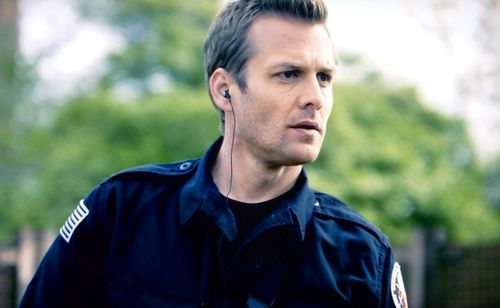 Taking over for Johnson is filmmaker Benny Boom, last seen helming the 2009 urban comedy, “Next Day Air.” Boom speaks fluent music video direction and his attempts to style up “Firefight” fail him at nearly every turn. The director seeks out a trembling cinematographic look to the simplistic film as a way of injecting synthetic urgency into scenes; instead of a sober take on revenge in the RoboCop-statue-free streets of Detroit, Boom demands a jiggle to his frame, as though the camera operator was working a Shake Weight while attempting to capture the intent of the scene. There are also various gamer touches that annoy, including gunmen POVs that turn the film into a dreadful first-person shooter. The effort to pump adrenaline into “Firefight” is futile in Boom’s quaking hands, making an already economic production look even cheaper. 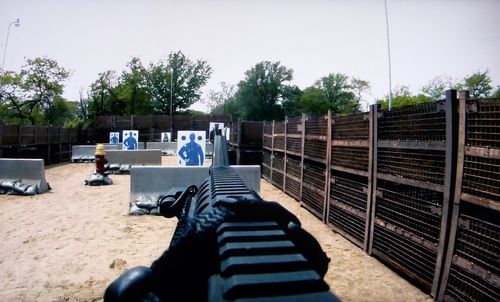 “Firefight” is best served flatly, sticking to the primary emotions of fear and fury as Walter makes considerable trouble for Paul and the team. Doling out car bombs and shooting permissive government agents, Walter makes for a stock foe, but one of palpable menace, sold with grizzled snarl by Patrick. The training sequences also have a sniper-slick appeal, showcasing the Bad News Bears bitch, moan, and grow as a team under Paul’s relentless direction. The original film also embraced the art of the training montage, allowing the cheerful roughhousing to continue in the sequel. The film is well stocked with bullets and brawn, capably sold by the cast of unknowns who don’t need the artifice that Boom brings to make the enterprise thrilling. The recipe is simple: More stunt work, less camera nonsense. “Firefight” is an action film, not a Lil Wayne video. 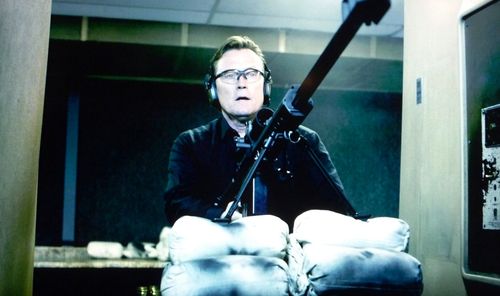 The AVC encoded image (1.78:1 aspect ratio) presentation on the “Firefight” disc has some trouble solidifying crisp shadow detail. For a film using darkness and evening encounters in abundance, the image has the tendency to look a little muddy, failing to pull out needed detail on action and costuming, diluting the impact of the violence. Colors fare better, with the cool blues of Detroit making a pleasing impression. Skintones are accurate, capturing stress splendidly. Clarity is generally good, with details on faces and weapons holding attention, while cityscapes are served best on the BD.

The 5.1 DTS-HD sound mix supports the mayhem splendidly, with wonderful directional activity that keeps the bullets whizzing and the police energy awake. Low-end is hearty as well, sustaining the explosions, maintaining the more intense encounters with a comfortable rumble. Scoring is less pronounced, kept low and monotone to step away from the action, rarely finding a needed confidence and clarity. Dialogue is supported with a hearty frontal read, making verbal exchanges easy to understand, even during intense S.W.A.T activity. It’s an active mix to keep up with the visual elements, providing listeners with a few jolts to bolster the suspense. A French track is also included. 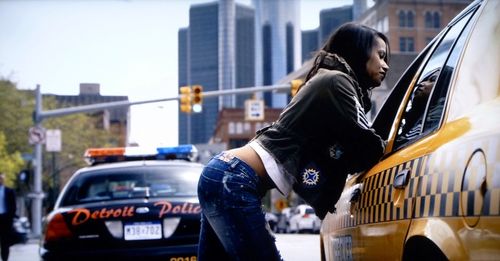 “Sharp Shooting: On the Set” (8:43) looks to isolate the effort of realism, interviewing director Benny Boom for his thoughts on shooting in Detroit and his drive to show respect to the local S.W.A.T. team. Footage of the cast in training is included, along with a BTS look at a few of the scenes. 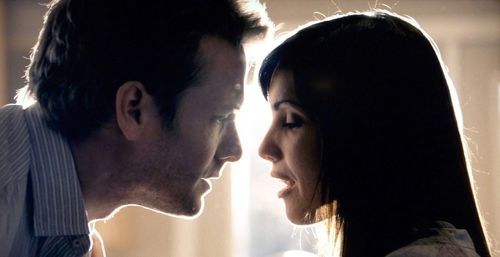 There’s a romantic entanglement for Paul to warm the picture up some and break away from the machismo, but it hardly registers. “S.W.A.T.: Firefight” only really finds a pulse when keeping to the mano-a-mano encounters, showing off the timing and discipline of the police squad and their various skills of precision and force. It’s a straightforward picture, entertaining enough to satisfy action junkies, but it could’ve reached rewarding visceral heights under a more relaxed director. 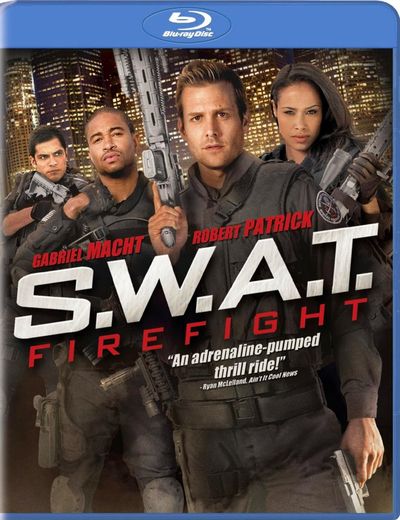