“Glorious 39” has the proper ambition and a gifted cast to transform into a spellbinding British WWII thriller, working out a stimulating story of paranoia and bleak family ties. It’s maddening to find the film stubbornly refuse to attempt soaring beats of intrigue, preferring to remain in a melodramatic coma while stupendous locations and a range of expressive faces do all the heavy lifting. Despite a few convincing turns, the feature is disappointingly winded, eventually going off on a few needless tangents that derail the whole production.

In the summer of 1939, adoptive daughter Anne (Romola Garai) has grown up to be the star of her family, working as a film actress while the world heads towards war. Under the protective wing of her politician father (Bill Nighy), Anne is privy to the passions of those who wish to repel Hitler by force, while secret service agents (including Jeremy Northam) study these declarations carefully, protecting a growing aristocratic society that would rather give in to German evil and protect what’s left of Europe. Happening upon recorded conversations disguised as common dance albums, Anne is faced with confusing realities about her loved ones, looking to navigate her life as peacefully as she can while digging further for answers. 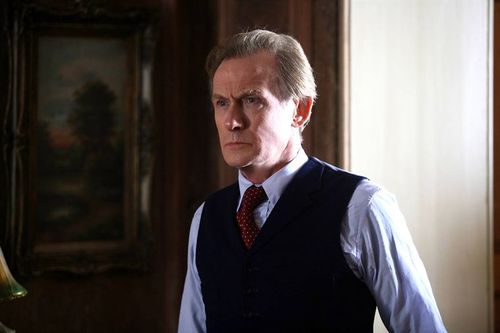 Gifted a satisfactory budget to breathe life into his screenplay, celebrated director Stephen Poliakoff has been afforded a rare opportunity to stage a wartime drama with inviting scope, taking viewers into rural England to explore the estates and the environments of families desiring to keep peace while political chaos mounts. “Glorious 39” is a measured snapshot of stiff-upper-lipped anxiety, elegantly crafted at times, with a real interest in creating a constricting atmosphere of suspense as Anne probes deeper into the source of the recordings, finding help and hindrance as she pieces the clues together.

I was right there with the picture during the opening act, treasuring the filmmaker’s sense of timing and eye for locations, which juxtapose the luxurious isolation of the family estates with dank basement interiors home to spies and assorted pre-war planning. There’s a feeling of escalating risk that’s communicated superbly by the cinematography, which drinks in troubled looks and knowing glances, boxing in Anne to surprising effect. 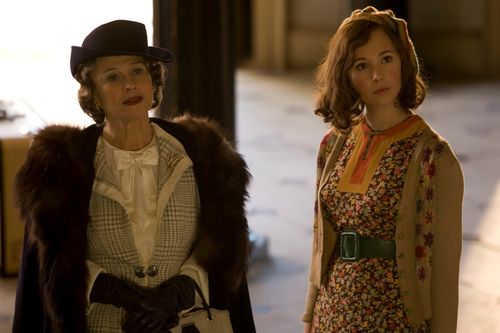 The tense effort is accentuated by the cast, with Nighy, Northham, Julie Christie (as Anne’s grandmother), Eddie Redmayne, Juno Temple, Hugh Bonneville, Jenny Agutter, and Christopher Lee (playing an older version of an adolescent character in the film’s bookend sequences) submitting accomplished work as the possibly toxic clan. Though only required to spin obvious Brit wartime clichés, the cast makes the material matter where the director can’t always find a way. Garai is exceptional as Anne, finding a substantial note of concealed concern to play as the character looks to keep up appearances while stumbling across the dead bodies of those she trusts the most. It’s an impressive lead performance from the often underutilized actress. 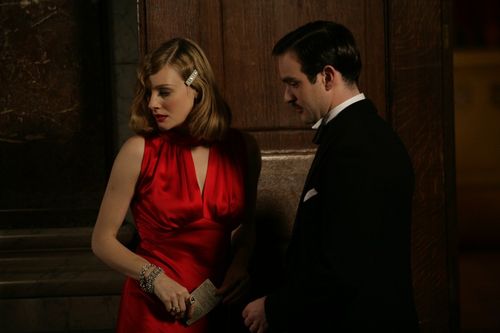 Note: Though listed with a 133-minute running time on the back of the packaging, the feature actually runs 128 minutes.

The AVC encoded image (2.35:1 aspect ratio) presentation is a mixed bag of clarity that comes to disappoint rather than consistently amaze. The visuals shift from scene to scene, leaving an inconsistent viewing experience that fiddles with grain and color intensity, with some shots looking wonderfully HD in separation and detail, while other scenes are muddy with bleeding issues. When the image does find a comfortable balance, hues are superb, with yellows and blues showcasing the glory of the English landscapes. Costumes are equally as vibrant, with silky textures and movement that’s convincing. Shadow detail doesn’t always find its rightful place, with many of the evening sequences smudging up background information.

The 5.1 DTS-HD sound mix is best served in the suspenseful moments, where the scoring and drama find a worthwhile balance that holds the listener in place. Dialogue is central and forceful, with verbal exchanges retaining their intended tart delivery, comfortably separated from the track’s generous atmospherics, explored to their fullest in the cavernous interiors and outdoor sequences. Period songs and recorded clandestine happenings retain their intended scratchy sound, keeping the era in play while the rest of the crisp and full track sets the mood. A 5.1 Dolby Digital mix is also included.

“Interviews” (54:56) is a massive collection of on-set conversations with most of the cast and crew, who deliver their thoughts on the story and character motivations, chopped up here into EPK-ready bites.

“Behind the Scenes Footage” (6:41) provides some minor b-roll action, capturing the raw feel of filmmaking, with all of its adjustments and off-camera small talk.

And a Theatrical Trailer is also included. 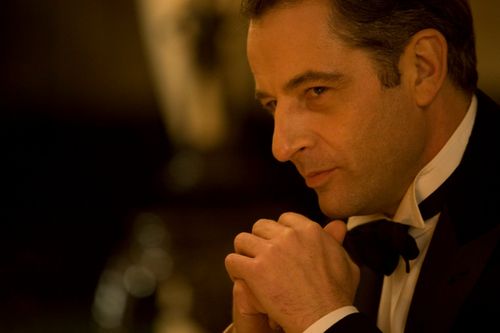 “Glorious 39” takes a massive hit in both pace and significance in the final act, with Poliakoff writing the mystery into a corner he can’t get out of. It’s a muddled, overly excitable conclusion that reaches for a deafening emotional pitch the rest of the picture hasn’t properly worked for. In choosing muffled hysteria for the duration of the feature over proper theatrics, the resolution feels undisciplined and alien, leaving viewers with little to savor after such a tempting, patient build up. 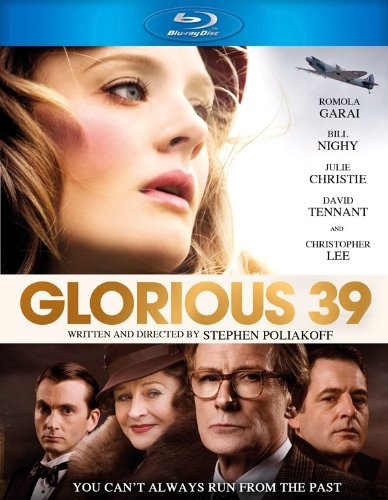