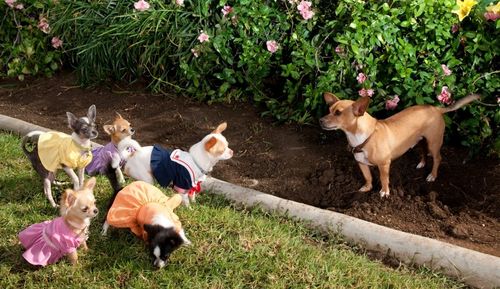 Just when I thought it couldn’t get any worse than 2008’s loathsome “Beverly Hills Chihuahua,” “Beverly Hills Chihuahua 2” comes around to completely spoil my low expectations. Simple, genuinely funny (in spurts), and crammed with canine tomfoolery, this DTV offering is an affable surprise, sure to give family audiences a charming ride. Without even breaking a sweat, this sequel easily surpasses the original’s distasteful screenwriting and lethargic sense of star power.

Now a married couple with kids, Chihuahuas Chloe (voiced by Odette Yustman, taking over for Drew Barrymore) and Papi (George Lopez) are faced with the trials of parenthood, a journey made difficult by Papi’s childish antics and inability to discipline. With owner Sam (Marcus Coloma) facing the foreclosure of his family home while juggling romantic worries with girlfriend Rachel (Erin Cahill), the Chihuahua family (including Emily Osment and Madison Pettis) comes to the rescue, with help from pals Pedro (Ernie Hudson) and depressed Mexican police dog Delgado (Miguel Ferrer), who’s looking to reconnect with the two sons he gave up long ago in an effort to protect them from harm. 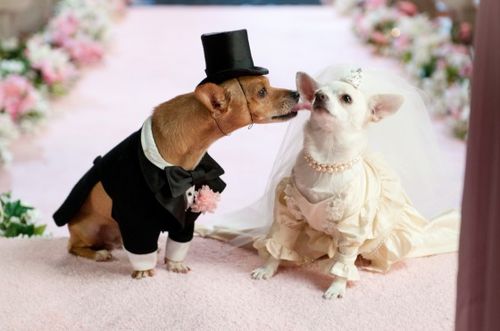 Instead of attempting something with a more epic scale to fit the demanding requirements of a big screen sequel, “Chihuahua 2” elects the safety of a modest home video debut, where little typically goes a long way. The overly Mexican-flavored dog tale has been pared down to basic elements of comedy and conflict, doing away with superfluous exposition and travel to keep tight on the pooches, with all of their endearing behaviors and wisecracking. The sequel hardly revolutionizes the franchise, but the more focused, lower-budgeted approach services the predictable antics well. Instead of attacking a grand story of destiny and canine love, “Chihuahua 2” relaxes and allows the talking dogs to do their thing in a straightforward tale of family protection.

“Chihuahua 2” isn’t a wildly clever creation, but it offers a few brief moments of comedic invention, most emerging from an absurd mid-movie dog show sequence where the pooches show off their astounding talents (it seems Chloe is quite the pianist). Mercifully, the screenplay does away with the routinely bizarre turns of the 2008 film to isolate the neuroses of the animal actors, once again sold with a proficient display of visual effects. “Chihuahua 2” is primarily concerned with the strain of responsibility, as Papi, Delgado, and Sam look to retain confidence in their lives while faced with chaos emerging from greedy loan officers and the insanity of puppies. The narrowed focus is pleasing, keeping the sequel down to Earth and swiftly paced, allowing director Alex Zamm (a vet of the talking animal genre, having helmed “Dr. Doolittle: Million Dollar Mutts”) opportunity to stage clean action and emotional beats with his cast, delivering a moderately exciting film that doesn’t get bogged down in the stupid details. Also inviting is the film’s lone suggestion (not exploration) of bathroom humor, which is restraint I always appreciate. 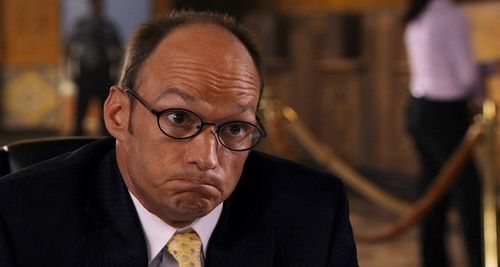 The AVC encoded image (1.78:1 aspect ratio) presentation is a colorful, buoyant visual event that plays into the cartoon nature of the film marvelously. Colors are potent and pronounced, using daylight interactions to bring out the natural colors of homesteads and costumes, with the little dogs often clad in bright fabrics. Red and browns pop nicely, while greenery is also well served here. Detail is welcoming, with fur lush and textured, while facial work also stands up well, considering the artificial nature of the mouth movements on the pets. L.A. street life is also evocative. Shadow detail is crisp and supportive, great with deep hair issues and nightlife. The dog show interlude is perhaps the best scene to explore what this disc has to offer, with vivid colors and a cameo by Morgan Fairchild supplying a sort of Blu-ray scavenger hunt to play.

The 5.1 DTS-HD sound mix brings the specialized animal voices to life in a fulfilling manner. The verbal exchanges are winningly separated and deployed throughout the surrounds, creating a circular feel of family life, with the primary exposition pushed up front. Directionals are healthy, capturing the whirlwind nature of the puppies and the squishy slapstick sequences, which offer a pleasing crash-and-boom force that engages the lower end to a certain degree, while keeping the surrounds active. Scoring and soundtrack cues are energetic without overcoming the mix. French and Spanish tracks are also included. 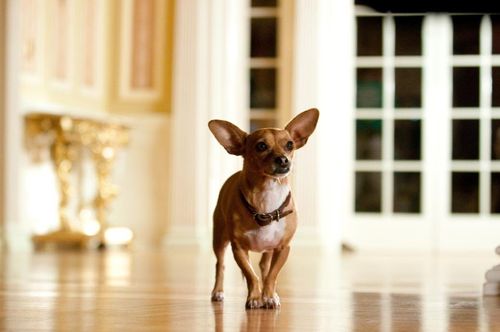 “Beverly Hills Chihuahua Challenge” is a trivia game designed to test the memory of younger viewers with a series of clip-based questions.

“This is My Paradise” (2:37) is a music video from singer Bridgit Mendler, the latest member of the Disney pop music cult.

“Blooper Faux Paws” (3:23) is a collection of amusing mix-em-ups, most displaying the unpredictable nature of the animal co-stars. 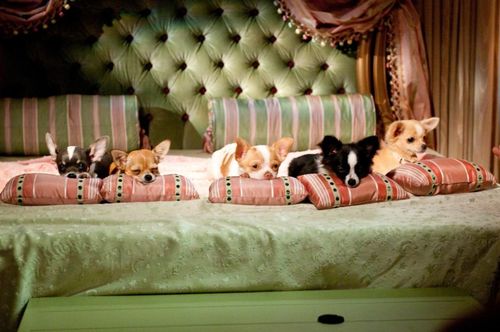 The voice cast provides the requisite chirpy energy, and Lopez is restrained some in the one-liner department (a blessing). The sequel also flirts with the established Aztec backstory (exploring Chihuahua power and influence as bedtime stories the impressionable wee ones look to recreate) in tiny doses, but the majority of the film is reserved for small adventures, leading to a robbers vs. dogs showdown inside of a bread factory. Kids should get a kick out of the “Home Alone” style pranks that occur. As for parents, this round of tiny pooch hijinks isn’t nearly as ugly and unfunny as its predecessor, supplying a tight 80 minutes of low-tech merriment and cute animals, doing so much more with so very little. 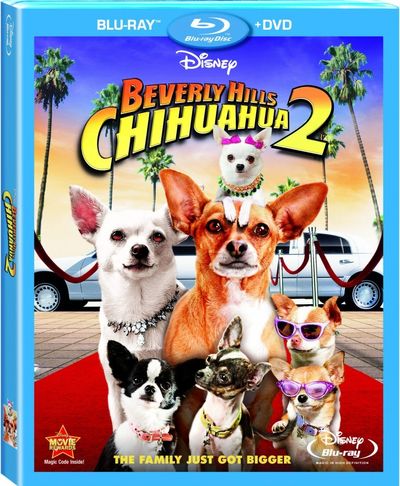