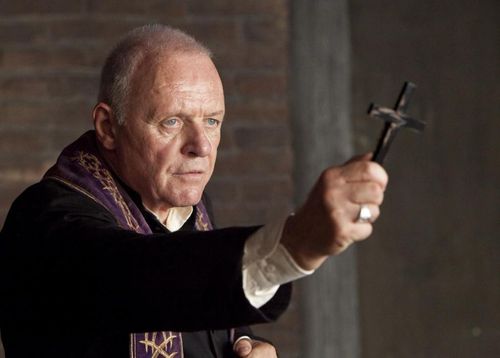 “The Rite” declares at the onset that it’s “Inspired by true events.” I’m inclined to believe the claim, as the film keeps true to the slow trickle of existence, taking grand pauses between moments of exorcism intensity. It’s a plodding, toothless crack at devilish doings, leaving much of its charisma to star Anthony Hopkins, who does just about whatever the hell he wants while the rest of the picture waits around for something meaningful to occur. Eternal damnation and flesh-tearing possession never felt more tedious and unprepared.

Raised in a mortuary under the chilling care of his disinterested father (Rutger Hauer), Michael (Colin O’Donoghue) has grown to question faith, electing to attend a seminary school to test his atheism. When the faculty senses something special about the young man, they send Michael to Rome to study exorcism at the Vatican, soon pairing him with a veteran, Father Lucas (Anthony Hopkins), for further training. At first reluctant to believe in demonic expulsion, Michael is shown strange cases of possession, forcing the young man to reconsider his tempting disbelief when the Devil ends up closer than he could ever imagine.

“The Rite” is a suspiciously cautious film that confounds and bores. Director Mikael Hafstrom (“1408”) certainly launches the picture with a confident introspective spirit, instilling the first act of the story with an intriguing mystery as Michael struggles with his religion and education, finding the priesthood unable to fill the emotional holes left behind by the death of his mother and the chilly rejection of his father. There’s much ground to cover in the introductions, making the film’s establishing scenes persuasive, promising a concentrated religious entanglement to confront Michael and his skepticism.

Once Hopkins enters the picture as the impulsive Father Lucas, “The Rite” ceases to display any type of dramatic command. It’s as if Hafstrom wilted once the big name stepped onto the set, with Hopkins chewing scenery as the demented showman of the cloth, growling and barking around the frame in an effort to create a foaming madness equal to the possessed. The change in atmosphere is noticeable, and when the men set out to rip the Devil from a pregnant 15-year-old Italian girl, “The Rite” slows to a crawl, partially out of necessity to explore the protracted exorcism practices. 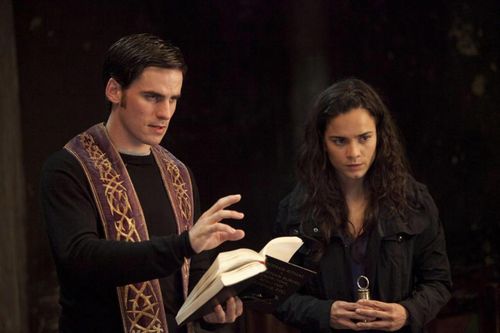 Unfortunately, once the feature’s engine cools, it never restarts again. Despite some jolts and Hopkins’s trademarked teeth-gnashing roar, “The Rite” goes to sleep, slogging through Michael’s digestion of demonic clues and his painfully superfluous relationship with a fellow student (a droning Alice Braga). It’s difficult to understand if the film is merely poorly directed or if this is all the story was ever going to offer. With the pace halted, the performances hardened, and the mystery barely tended to, “The Rite” fails as a thriller, leaving all this talk of demons, plagues, and lost faith to twist in the wind.

“The Rite” attempts a climatic scenario where Father Lucas and Michael battle for ravaged souls and belief, pitting the men against an internalized enemy of outlandish aggression and showy thespian theatrics. Enter Anthony Hopkins. The resolution drags on for quite an impressive amount of screentime, crippling the film’s lasting impact the more it remains permissive with such hammy acting.

With such an impressive opening, “The Rite” isn’t a complete failure. However, I have to admit, toward the end of this movie, I was rooting for the Devil to win. 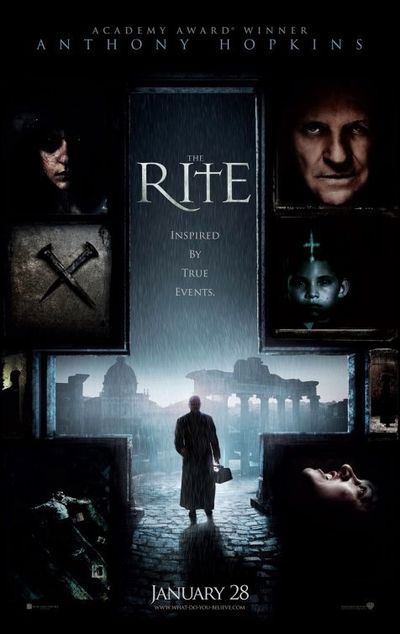 what was the name anthony howled at the end of the movie? devils name /