Film Review - The Other Woman 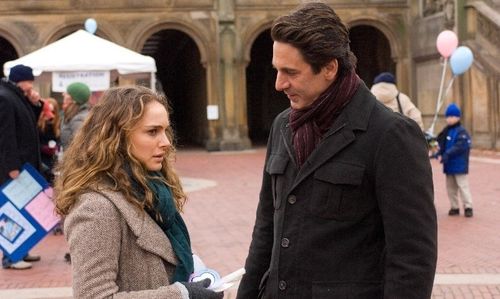 Don Roos, the writer/director of such films as “The Opposite of Sex” and “Happy Endings,” takes an unnervingly melodramatic leap with “The Other Woman.” Removing his sarcastic wit to play crying games with star Natalie Portman, Roos loses control of his film early on and never manages to recover. It’s a sluggish, shrill picture that deals with significant issues of loss and betrayal in the clumsiest manner imaginable.

As a legal aide, Emilia Greenleaf (Natalie Portman) struggled to catch the eye of her co-worker, Jack (Scott Cohen, “Gilmore Girls”), hoping to instigate an affair with the married man. Soon pregnant, Emilia is caught in the whirlwind of life, eventually marrying Jack and assuming the stepmother role with young William (Charlie Tahan, “Charlie St. Cloud”), Jack’s bratty, high-maintenance son. When the death of her newborn daughter leaves the family emotionally devastated, Emilia internalizes her pain, growing resentful of William and tired of Jack’s vengeful ex, Carolyn (Lisa Kudrow, spitting perfect venom). While others seek to help Emilia with her grief, the young woman pushes them away, unwilling to confront a horrifying secret about her daughter’s death. 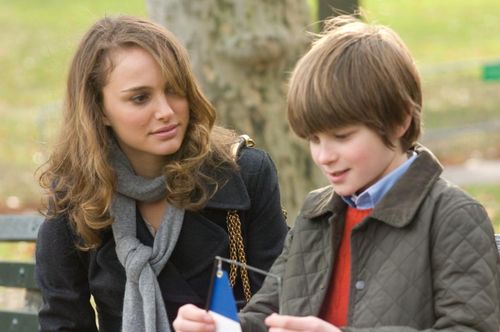 Adapted from the novel “Love & Other Impossible Pursuits” by Ayelet Waldman, “The Other Woman” scuffles with the challenges of literary interpretation from the opening scenes. The feature seeks to encompass a meaningful journey for Emilia as she blossoms from office tart to shattered dreams of motherhood, tracking her developing acknowledgment of guilt and grief while she suffers through an impossible position as the titular character. The roots of misery are cleanly arranged by the screenplay, but the execution blows out all four tires before it even gets going.

Roos fails to manage subplots and emotional degrees with any type of elegance, lumbering from scene to scene, relying on his gifted cast to express the tensions he’s unable to summon. It’s a frustrating film to watch, particularly when investigating Emilia’s state of mind. She’s obviously a broken woman, but her concerns are confusing, allowed little room to breathe so they can be organically investigated. She’s an adulterer, a reluctant mother, a target for the NYC elite, and a resentful daughter to her unfaithful father; Emilia’s a complex character worthy of extraordinary patience. Roos tends to rush through conflicts to hit awkward Lifetime Movie punctuation (cue the dramatic piano), diluting the sincerity of the performances, while making Portman’s star turn appear sleepy and tuneless. 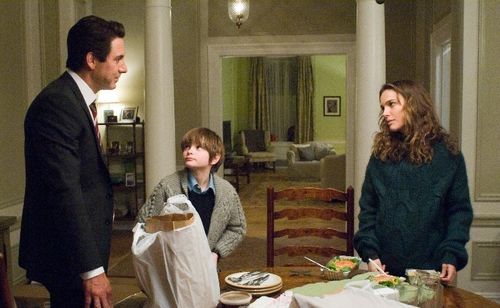 “The Other Woman” heads to some fairly bleak psychological spaces, which doesn’t always jibe with Roos’s postcard cinematography or the semi-comical interactions between Emilia and William. The story is working toward catharsis and understanding, but the director doesn’t often share the same goal, mismanaging the arcs in a coarse manner that blunts the picture’s impact. Oddly, Emilia’s tragedy is somehow rendered as spiteful irritation. “The Other Woman” fumbles its emotional purge and sense of rehabilitation, making these wounded characters come across petty and utterly dull. 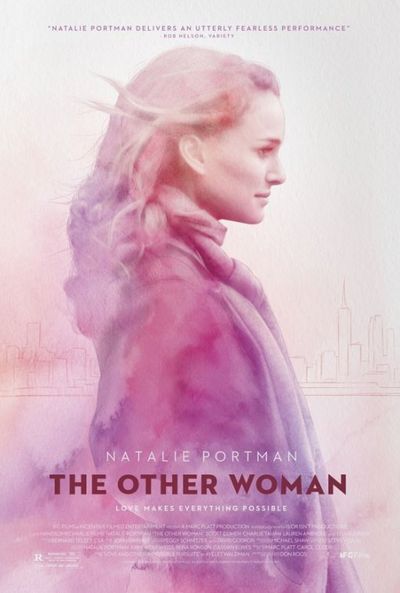