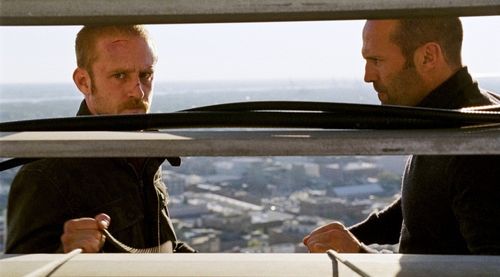 “The Mechanic” is a remake of a largely forgotten 1972 thriller starring Charles Bronson. The update brings in Jason Statham to growl lines and brandish weapons, which, to be fair, is a pretty solid match of thespian intensity. Sadly, Statham can’t fully spread his wings under the command of tepid director Simon West, who corrals a satisfying action chaos to the piece, but loses the sheer escapist pleasure by micromanaging every single scene. It’s loud and packs plenty of boom, but “The Mechanic” doesn’t live up to its mouthbreathing potential.

A hitman with an extreme sensitivity to details, Arthur (Jason Statham) has made a name for himself as an expert killer for hire, sent around the globe knocking off all manner of unsavory types. When his boss (Tony Goldwyn) orders a hit on Arthur’s dear friend (Donald Sutherland), the assassin reluctantly takes the assignment, only to be confronted by the dead man’s wayward son, Steve (Ben Foster), in the aftermath. Accepting Steve’s request for training, Arthur takes the twitchy chain-smoker under his wing, teaching him the rules and responsibilities of murder. Unfortunately, the job tests each man in new violent ways when secrets are revealed and loyalties begin to erode. 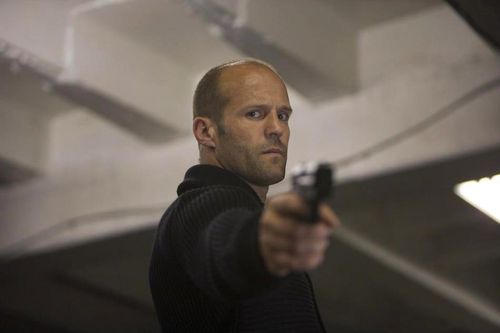 If “Sex and the City” is universally regarded as a “chick” flick, “The Mechanic” is strictly for the boys. Here’s a movie that has a healthy body count, isn’t afraid to blow up everything in sight, stages gratuitous sex scenes, and generally carries on as though it were sprayed down with beer, supplying the knuckle-dragging goods for a tight 90 minutes of screentime. It’s a simple story of partnership and revenge, handed to likes of Statham, who gives it a winning glare and threatening posture, playing to the actor’s strengths as a tight-lipped, fist-first action star. He’s enjoyable in the lead role, keeping Ben Foster to a dull roar, which isn’t an easy thing to do.

Overseeing the brooding is West, who fumbles the potential of the picture by working himself into a cinematographic tizzy. Instead of barreling through “The Mechanic,” shaping a clean roughhouse diversion, West looks to empty calorie stylistics, lessening the power of the film by overthinking every last inch of it. Detours into sex and grieving become embarrassing mini-movies with atrocious editing and lensing that looks as though the cameraman spun around 20 times on a wiffle ball bat before shooting the scene. West is aggressive with style, and the visual overkill creates an action bonanza without rhythm, instead calling attention to its artifice when focus should remain on the brutality at hand. 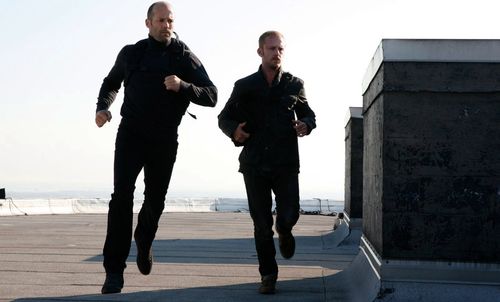 When West gets around to hurling bodies, the stunt work in “The Mechanic” is exceptional, delivering superb head-conking trauma as the boys blast and kick their way out of scrapes, including one lively encounter that pits Steve against another assassin roughly twice his size. When it’s smashing up the joint, repelling from skyscrapers, or spraying bullets, the film is hypnotic, deploying a sure hand of violence that keeps matters visceral, splattering blood everywhere (some of it disappointingly CGI-born) as the stakes are raised. Of course, logic is not welcome around these parts, but the brainless intensity is acceptable when it’s this convincingly sold.

Perhaps the most interesting and disappointing element of the film is the manner in which it looks to keep Arthur a hero. He kills diseased people, threatens only when cornered, and chills out to Schubert (on vinyl) between gigs. “The Mechanic” lacks a mean streak it sorely needs by retaining Arthur’s virtue, fashioning the character into a good guy, which eventually leads to an insulting climax of superhuman survival. No thanks. “The Mechanic” is frightfully entertaining enough when locked in vicious combat mode, all the excessive cinematic and dramatic efforts merely water down the goods. 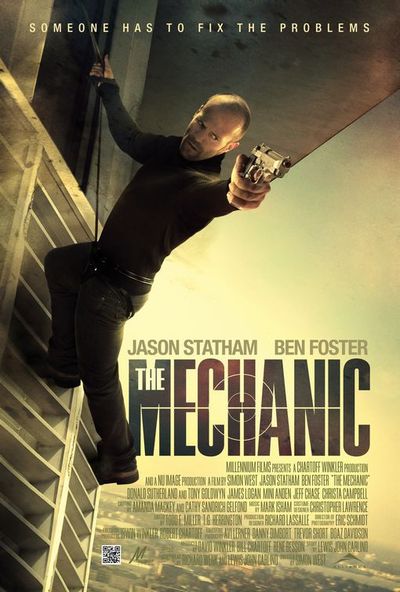