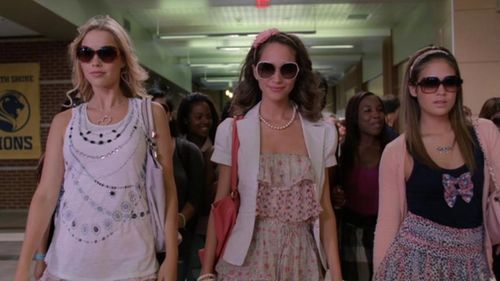 While I wasn’t tickled by the tepid teen comedy stylings of 2004’s “Mean Girls,” I do respect the fact that the film was an influential hit while providing writer Tina Fey with a deserved shot at Hollywood stardom. “Mean Girls 2” isn’t a sequel, but a remake of the original picture, once again pitting the unpopular against the popular in an eternal struggle for high school hallway supremacy. Whatever problems I had with the 2004 feature aren’t even an issue here, as the new film offers a decidedly more pedestrian take on the clique warfare concept, trading Fey’s sly ambition for cruel DTV routine.

Constantly relocated throughout America due to her father’s NASCAR mechanic job, Jo (Meaghan Martin) is used to the challenges of a new high school. Looking to keep a low profile, Jo is instead outed by The Plastics, a powerful clique run by the vain Mandi (Maiara Walsh). Trying to avoid conflict, Jo retreats to the comfort of school nerd Abby (Jennifer Stone), who doesn’t have any BFFs. Sensing an opportunity, Abby’s infomercial kingpin father offers to pay Jo’s college tuition as a reward  for maintaining a friendship with his daughter. Accepting the cash, Jo sets out to overthrow Mandi with Abby’s help, finding life on top of popularity food chain isn’t all it’s cracked up to be. 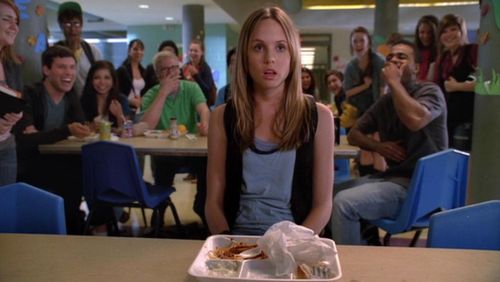 Trust me, I understand “Mean Girls 2” is strictly Redbox sleepover fodder for soda-cranked tweens, leaving me at a disadvantage, being neither an adolescent girl nor someone who enjoys lazy screenwriting. While the premise has been reworked a bit to bring the budget down, “Mean Girls 2” doesn’t stray too far from the ingredients that attracted so much attention the first time around. There are still snobby, label-obsessed Barbies doing slo-mo jaunts through hallways, while the spunky new girl figures out a way to survive the teen nightmare, using her grounded upbringing as tool in her arsenal of intelligence. We have introductions, interactions, and a big football climax where The Plastics and The Anti-Plastics (Jo’s clever name for her group) face off. And in between the blocks of exposition there are little flashes of neuroses, childish pranks, and social media humiliations to keep the cast occupied.

Sadly, director Melanie Mayron doesn’t provide needed life to the proceedings, merely serving up the catty behavior in an exhausted manner befitting a woman faced with making a DTV sequel to “Mean Girls.” It’s a tedious film that employs vomit and fecal jokes to keep the viewer awake, replacing Fey’s razor wit with gross-out hijinks that just aren’t funny. Instead of challenging the page, Mayron seems enslaved by the rusted plot, glumly executing the traitorous events, feeding into the film’s overall sense of weariness. Even the shrill, television-trained cast of young actresses eager to make a big impression can’t liven up the proceedings, with much of the performances inducing headaches, not amusement. I don’t care how white the smiles are or how chipper the slapstick, the comedy just isn’t going to happen. Not even Meryl Streep could make a dog puke joke amusing. 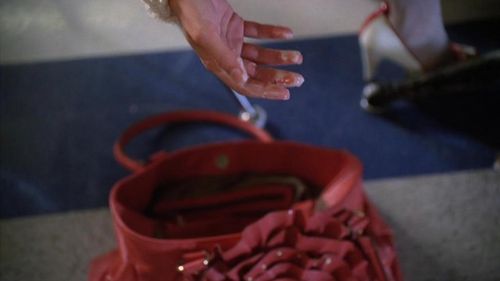 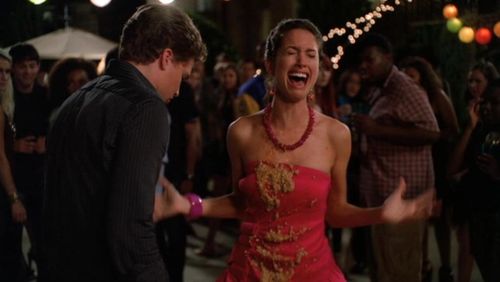 The anamorphic widescreen (1.78:1 aspect ratio) presentation is working with budget cinematographic elements to being with, doing its best to pull out the adolescent color scheme, filled with pinks and purples. Skintones are natural throughout, gifting proper complexions for the young characters. Black levels are suitable, though the film rarely engages any substantial visual information in low-light scenarios.

The 5.1 Dolby Digital sound mix retains a nice edge in the soundtrack department, with the tunes pushing through with a clean sound, comfortably feeling out the dimension of the track. Dialogue is on the shrill side, but that’s to be expected with this cast, with exchanges crisp and easy to follow. Scoring cues are flat and pushed to the background, along with some mild atmospherics with school dance and sporting events. Spanish and Portuguese tracks are also included. 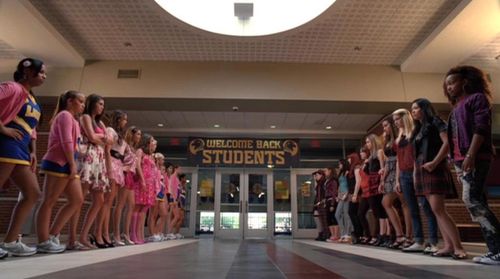 “Inside the Clique” (11:37) describes “Mean Girls 2” as a “new generation” of the franchise, which sums up the promotional attitude of the featurette. Interviews with cast and crew are offered for those curious about personalities outside of the film.

“Caught in the Act” (6:04) hands some of the cast flip-cams to document their experiences on the set, observing goofy interactions with peers and professionals.

“In the Closet with Kitty Boots” (8:03) meets up with the awesomely named costume designer of the film, displaying her efforts to contemporize the characters through fabric magic.

“Catching up with Tim Meadows” (3:31) interviews the comedian about his return to the “Mean Girls” universe. 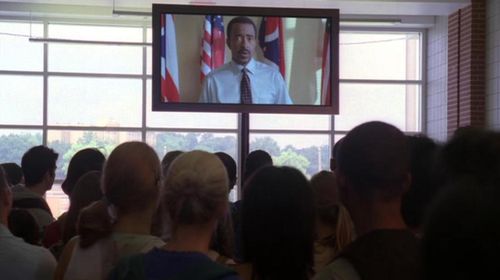 “High School Yearbook” (3:36) asks the cast to recall their high school experiences. At least those who’ve actually graduated. The rest are asked to pull memories from their junior high years.

“Gag Reel” (3:24) is a routine collection of mix-em-ups, most centered on the cast blowing their lines. There’s also a weird moment where Meadows has to explain who Elliot Gould is to his young castmates.

“Anti-Bullying PSA” (:25) is a clip featuring Meaghan Martin attempting to communicate the dangers of bullying on a DVD that includes a movie showing a clear upside to the practice.

A Trailer is not included. 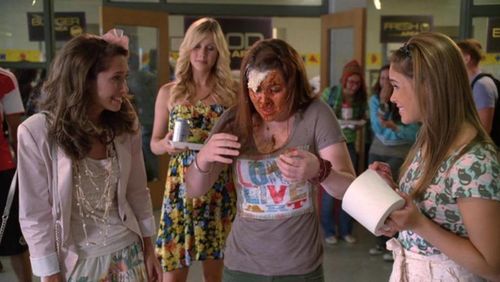 Robotic and insincere to the very end, “Mean Girls 2” doesn’t color outside of the lines, which is a real shame. As with any DTV production, nobody is actually paying attention. Why not try something subversive with genuine comedic heft? To compete with the bar set by Fey, it takes more than bathroom humor, the return of Tim Meadows (reprising his principal role), and a photocopied plot to make a welcome impression. 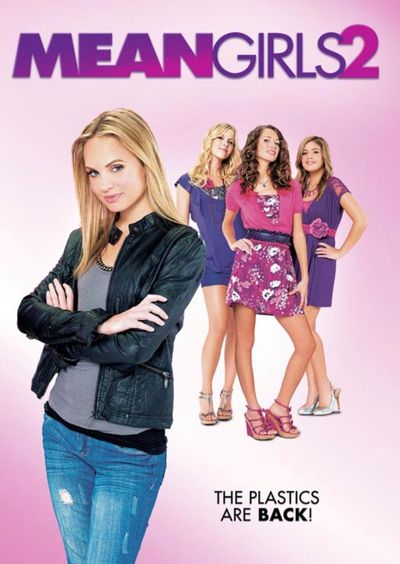