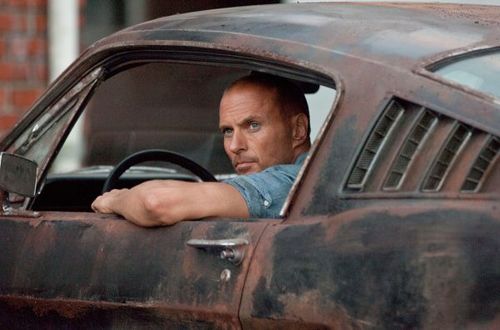 “Death Race 2” isn’t actually a sequel, but a prequel detailing the creation of the unstoppable, iron-masked driving force known as Frankenstein, portrayed in the original 1975 film by the late David Carradine. The picture doesn’t exactly answer all the burning questions left behind by the dreadful Paul W.S. Anderson motion picture from 2008, but it’s a start. And not a half-bad one either, effortlessly surpassing its forefather with a scrappier take on head-bashing, car-smashing matters of a dystopian future.

When a breezy bank robbery job arranged by criminal kingpin Kane (Sean Bean) goes horribly wrong, ace getaway driver Lucas (Luke Goss) is arrested and sent to the vicious prison, Terminal Island, currently housing the inhuman televised game show “Death Match,” where prisoners are forced to battle hand-to-hand for their lives. Run by deviant producer/host September Jones (Lauren Cohan), “Death Match” is struggling for ratings, requiring a special relaunch to make it a smash success. Matched up with Goldberg (Danny Trejo), Lists (Frederick Koehler), and his trusty navigator Katrina (Tanit Phoenix), Lucas is urged to join the new “Death Race” show, where prisoners speed around a guarded track in weaponized cars, looking to kill one another for a chance at freedom. With a substantial price on his head thanks to Kane’s paranoia, Lucas enters the competition, quickly recognizing everyone wants him dead. 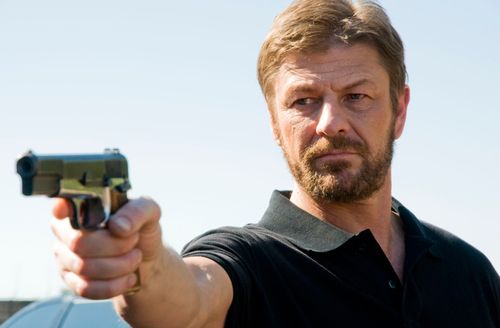 A modest success for Anderson, “Death Race” certainly didn’t warrant a continuation. Really, once you’ve seen one visually mangled automobile race to the death, you’ve seen them all. “Death Race 2” elects the popular commercial route of prequelization, taking viewers back to a time when the prisoners on Terminal Island only had crude handheld weapons to mangle one another, with the Weyland Corporation capturing all the bloodlust for big time T.V. ratings. Ah, those were the days. Before the cars, Anderson, and star Jason Statham.

To comfortably marry the two features, the prequel hauls in Statham lookalike Goss, who does his best to look constipated and remain shirtless throughout the entire film. It’s a thankless role for the budding DTV prince, but he manages to supply the picture with a minuscule sense of personality, leaving the burden of charisma to the supporting cast, including a loopy turn from Ving Rhames, who relentlessly chews scenery as the Weyland Corporation founder and Terminal Island owner. Of course, genuine acting skill isn’t the priority here. Why else would the producers cast Cohan, seen here setting back the feminist movement with an agonizing, cleavage-popping performance of ultimate whoredom (misogyny is of paramount importance to this knuckle-dragging franchise). Nah, we’ve all come for the gore, the guns, and the grease-stained grimaces. The most impressive aspects to director Roel Reine’s film are the stunt work and crisp cinematography, giving fans of the first film another round of brutal races and beatings, only this time the picture appears to embrace its feral nature with a little more spunk. Bodies are flung, cars explode, and Reine keeps an OCD command of the slo-mo dial, making for a visually stimulating picture that keeps to basic ingredients, working a script from Tony Giglio that doesn’t show interest in labored backstories, preferring to speed ahead with the violence. The minimalism is enchanting, leaving Reine with little to do but orchestrate the warrior clashes and race sequences. Of course, nasty editorial habits remain, but the primary colors are well tended to here, making for an intermittently entertaining actioner. The AVC encoded image (1.78:1 aspect ratio) presentation for “Death Race 2” is extraordinarily clean and comfortable, offering the sun-drenched South African locations ideal warmth and clarity to contrast the metallic grind of prison life. Detail is superb, with the grime of faces and the rust of the cars permitted tremendous textures, permitting the viewer an opportunity to explore the frame, which is often filled with nudity or death machines. Colors are vibrant, competently processed to convey the various environments, with natural skintones to augment the superficial gifts of the actors. Shadow detail is supportive, bringing screen particulars to car interiors and gladiatorial encounters.

The 5.1 DTS-HD sound mix is amped up, ready to surround the listener with body blows and revving engines. The low-end response here is intense, keeping the film alive with a routine of rumbles emerging from the explosions and general racing chaos. Also incredibly active are the directionals, with car positions and brawling bouncing all over the room, creating necessary elements of activity. Dialogue is a little drowned out by the noise at times, but information remains intact, pushed frontal to keep exposition as tidy as possible. Atmospherics are embellished nicely, with a pleasing presentation of prison life and crowd antics. 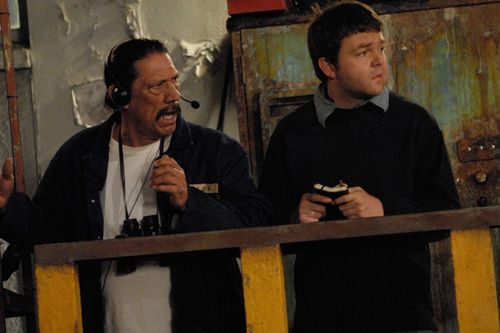 The feature-length audio commentary with director Roel Reine gleefully details his personal touches on the “Death Race” universe, corralling the motion picture for 1/10th the budget of the original film. Artistic choices are discussed, along with casting tidbits, but the majority of the chat is reserved for technical challenges, as the director operated the camera himself, keeping him close to the action. Overall, Reine (a native of Holland) is a cheery company man, eager to share his film with the listener.

“Deleted Scenes” (5:46) return little bits of connective tissue to the story, but the main addition here is a moment of torment for Lucas, showing the character ravaged with guilt for his bank robbing misdeeds.

“Deleted Shots Montage” (5:41) is a series of images and explosions that didn’t make the final cut, showcasing just how much effort went into the 30 day shoot. They can be viewed with or without an introduction from director Roel Reine.

“The Race Begins” (6:36) is a whole bunch of promotional hooey (interviews with cast and crew are conduction on-set), but the BTS footage presented is amusing, highlighting a hurried, sweaty shoot crammed with stunts and special effects.

“Cheating Death” (9:38) isolates the physical effort of the crew, who took to the fringes of South Africa to stage car chases and fistfights. Seeing how the pieces are put together is wildly entertaining, with the featurette blessedly toning down the fawning to exhibit the toil.

“Fast Cars and Firearms” (6:59) highlights the personalities of the automobiles and how they reflect their nutty drivers. Armament is also explored. 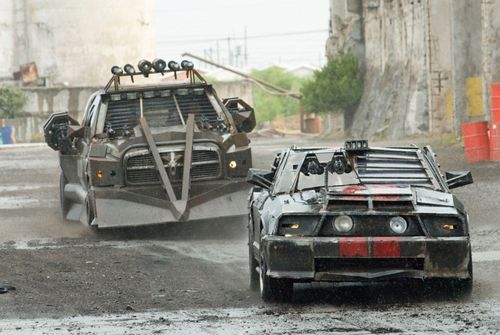 Even with a considerably smaller budget and an absence of Statham, “Death Race 2” manages to find a more thrilling edge to known elements, providing the occasionally rousing viewing experience Anderson was incapable of producing the first time around. It’s lumbering and a too permissive with the limited actors, but the sequel/prequel has a few moments of mouthbreathing excitement. How did Frankenstein come to be? Who really cares, but at least “Death Race 2” provides a few clenched-fist jolts before reaching its meaningless conclusion. 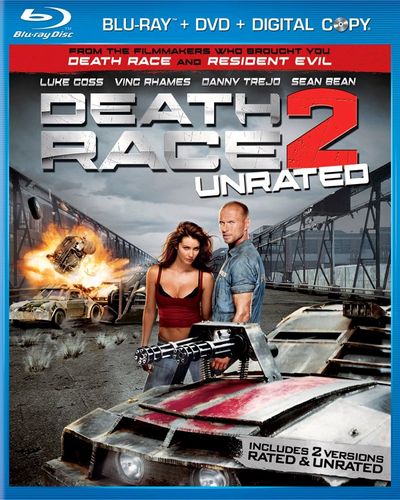