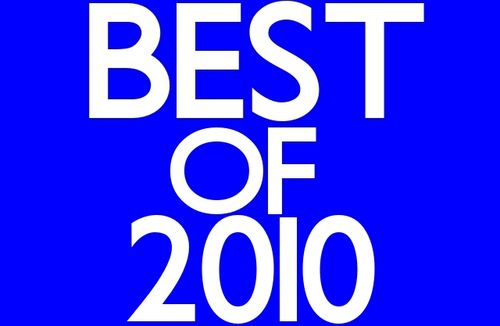 Watching Ben Affleck blossom as a performer and filmmaker with the Boston crime drama, “The Town,” was perhaps the most thrilling career revival of the year. It was formulaic material, yet, in Affleck’s capable hands, the picture became an irresistible brew of bad behavior, working the tropes of the heist genre with an invigorating passion, revealing taut directorial control. A richly talented cast helped to smooth out the script’s rough edges, making the film an exceptional ride of suspense, gifted an abyssal sense of pathos and urban character to develop the agitation further. Affleck blasted through cliché to create an amazingly entertaining, emotionally resonate motion picture, developing his aim as a filmmaker with an unusual accomplishment: He made a winded genre urgent again. Alive again. That’s an effort to treasure.

Disney has always shown moderate interest in revealing their managerial tricks, permitting the occasional documentary keyhole access to spy the creative process in motion. “Waking Sleeping Beauty” kicked that door down, detailing the struggles, euphoria, and fallout of the Disney Animation Studio during the tumultuous Eisner/Katzenberg era. This was an honest, forthright documentary showcasing pure artistry in motion, revealing joyous and disturbing details of success (arriving on the heels of “The Little Mermaid” and “Beauty and the Beast”), yet not afraid to illuminate the internal bruising and recall flashes of nasty corporate ego once animation dominance was reestablished. Interviews were revealing, the home movies were unforgettable, and the unexpectedly mournful tone massaged by director Don Hahn was heartbreaking. A candid, informative gem.

While saddled with a distressing story of child loss, “Rabbit Hole” created something dramatically fulfilling from that reservoir of pain. Led by career-best work from Nicole Kidman, the film treated death with a tender hand, putting forth questions of intimacy and science to attack the core of grief, tracking the various paths of mourning. Director John Cameron Mitchell sustained a captivating pitch of determination throughout the film, finding beautiful notes of vulnerability to study along the way. It’s a heartbreaking picture, yet constructed with a rewarding sense of discovery and catharsis, eliminating melodrama to expose the raw truth of the moment. As dire as it may sound, this was a feature of immense beauty.

Taking on the tattered textures of the Old West, the Coen Brothers hit pay dirt with this leathery, sly adaptation of Charles Portis’s 1968 novel, which also provided a foundation for an iconic John Wayne picture from 1969. Standing in the shadow of The Duke must’ve been awfully uncomfortable, yet the Coens delivered an earthier, more memorable film, injecting their beloved idiosyncrasy into a hardened story of revenge and redemption. “True Grit” hit six-gun highs with gloriously clotted work from the ensemble, who also managed to sneak in a healthy sense of humor to the proceedings. The film ran rough and exhaled fire, but also sustained a vibrant visual poetry, giving western admirers exactly what they deserve, delivered with that exceptional Coen curveball.

How to Train Your Dragon (review)

“How to Train Your Dragon” returned a sense of animated film awe to the silver screen. Though marketed with a certain lean toward goofball antics to keep kids interested, the picture pursued a thrilling, threatening storybook tone, soaring through the air with unlikely friends facing an impossible situation of misunderstanding, building a delicate connection of mutual respect. The animation was staggering here, draped superbly around the expressive voice cast, who nail specific emotional beats rarely allowed in modern animation, much less a Dreamworks production. “Dragon” was also daring with its surprises and challenging tonal changes, permitting the material to seize a rousing sense of unity between man and mythical beast, finding poetry in the darkest moments of personal loss. Some go to a group of forgotten toys for their emotional purge. I sought the comfort of a dragon.

This Greek drama was a potent, brutal examination of control, reserved for more adventurous moviegoers due to its graphic sexual content and shocking moments of cruelty. Stellar performances and inventive cinematography provided the visual jolt, but the real potency of the film was found within the lurid acts of dehumanization brought on by parents who endeavored to infantilize their children until their death. The picture was oddly humorous at times, horrific always, but director Yorgos Lanthimos found distinctive ways to penetrate the senses, examining a special type of prison built out of foreboding backyards, sexual gamesmanship, and askew vocabulary lessons, building to an expectedly drastic finale. It was an unforgettable picture, encouraging a rare flash of life in this year’s art-house dead zone.

Haunting and heartbreaking, this borderline sci-fi tale of love’s enduring hold and scientific tragedy left an indelible mark on me. Gorgeous in its patient movement and brought to life through three accomplished performances from Carey Mulligan, Keira Knightley, and Andrew Garfield, the film achieved an extraordinary embrace of sadness and uncertainty, hypnotizing viewers as troubling ethical revelations were made and relationships once brimming with youthful innocence were corrupted. It was a melancholy feature, but one of exquisite mood and affecting determination.

At the beginning of 2010, “The Social Network” was casually dismissed as “The Facebook Movie.” Now it’s an assured Academy Awards contender and one of the best pictures of the year. Leave to director David Fincher and screenwriter Aaron Sorkin to snatch the minutiae of the Facebook creative ascent and turn it into a cracking drama with fabulous finger-snap timing. Colorful characters were filled with graceful, focused performances (some benefiting from clever digital trickery), but the real star of the show was the visual landscape of campus life, boardroom venom, and office expanse. The working parts of Facebook made for an arresting film of laughs and cringes, striking harder than most dramas of alleged importance. I can’t wait for the Twitter feature.

Typically, Oscar-bait such as “The King’s Speech” would flail unforgivably to make an impression, hoping to charm audiences with engorged emotional displays and showboat performances. Mercifully, “Speech” wasn’t interested in glossy theatrics, instead breaking down a portion of history to its most intimate parts. It’s a story of companionship rooted in discomfort and embarrassment, creating an endearing vulnerability sturdily explored by leads Colin Firth and Geoffrey Rush. The marvelous camaraderie between these actors was reason enough to recommend the film, yet director Tom Hooper found a more subtle display of accomplishment and regality that took to the picture to a surprising space of friendship, lingering long after the movie concluded.

Essentially, this is the “Aliens” of Spanish horror sequels. A furious, inventive return to the highlights of 2007’s “[Rec],” the follow-up ingeniously drilled a new well of terror, generating multiple perspectives to enhance the fear factor, introducing a strange religious fervor to deepen and contort the story (imagine “The Exorcist” shot out of a cannon). The reworked madness provided a righteous launch to a franchise that could’ve easily churned out something cheap and flaccid to scoop up sequel bucks. There was an effort here to retain scares and amplify the suspense. Considering the limited mobility of the horror-in-the-hallway premise, I’d say this second chapter was downright miraculous.

The main movie was good, the romance sub-plot was iffy.