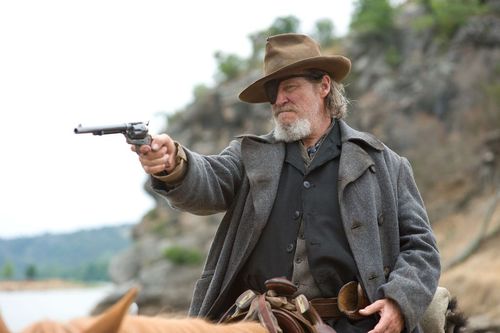 With “True Grit,” Joel and Ethan Coen bring to the screen their take on archetypal western storytelling, lassoing together a leathered tale of spur-jangly redemption and cold-blooded murder, effectively evoking an age of weathered men and stark violence. The picture is gorgeous, unexpectedly humorous, horrific, and delightfully saddle sore, mustering the precise amount of Coen-askew flourish to accurately place their fingerprints on a well-worn tale. In a most deflating film year of unspeakable mediocrity, “True Grit” is a welcome adrenaline shot of widescreen artistry and chewy personality, adding another trophy to the crowded mantle of these filmmaking masters. 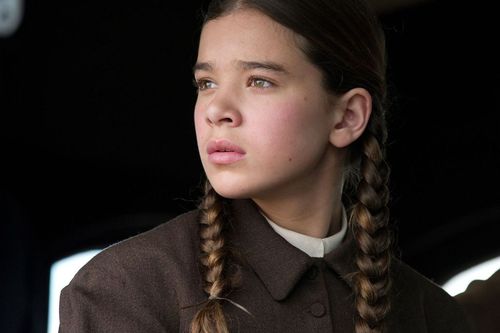 “True Grit” is perhaps best known in the form of a 1969 western starring the inimitable John Wayne as Rooster, a performance that garnered him an Oscar, solidifying his status as a screen legend. Returning to the novel by Charles Portis, the Coen Brothers have ignored the remake itch, instead pulling the narrative and dialogue from a literary source, stripping the picture of Wayne’s imposing shadow. Not that the two features aren’t similar in many ways, but the clear-eyed studio appeal of the earlier picture has been overturned for the update, capturing the filmmakers’ taste in coarse occurrences, influenced by bitter characters in all manner of disrepair. The Coens have restored the grime back into the story, executing western formula with an evocative visual language of lawmen, criminals, and burgeoning social order.

Shot with defined attention to poise and threat by Roger Deakins, “True Grit” delivers the Old West with a special Coen curve. With hangings, pandemics, and special attention to unsettling vocal performances, the picture drips with the sort of mischief the directors have patented for themselves, gamely marrying genre formula to their taste for antiheroes and austerity, frequently sold with a dry sense of humor from a serpentine script. The reworked “True Grit” is a sublimely unsophisticated revenge picture rooted in stupefying dialogue exchanges, highlighting writing that heads back to Portis for inspiration, erecting a harmonious web of leathery western language that leads to intense debates and cunning confrontation, providing more of a screen jolt than any six-gun showdown (the use of contractions is as hangable an offense as murder ‘round these parts). The oater verbiage is spun into gold by the cast, who keep up brilliantly in the timing department, making the film the rare western that displays more confidence with dialogue than violence, keeping characters beautifully defined throughout.

The performances fill out the “True Grit” landscape memorably, attacking the story from all sides with every variation of bravado and vulnerability to accurately capture the developing relationships from polar opposites. Jeff Bridges is having the time of his life as Rooster, devolving into a soiled lump of a man who somehow manages to function as a feared sharpshooter with finely tuned prairie instincts. It’s a showy performance, but one of immense rotted charm, as Bridges communicates the hesitant soul of a man buried deep under personal neglect, finding purpose with his bossy employer and a direct challenge in Le Boeuf’s refined Texas swagger. Steinfeld is quite a find as Mattie, able to match her legendary co-stars with an enchanting sense of pubescent spitfire. The character’s no brat, developed well beyond her years as trauma’s invaded her life. Steinfeld is able to articulate the intelligence and the age in a single package of delightful moxie, providing a tightly braided sense of fresh opinion and sly demand in a story of stubborn, crunchy men navigating a cruel world. 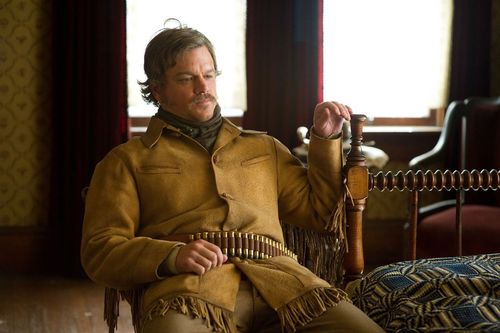 Coenesque digressions into frontier madness and foiled displays of firearm skill bring unsettling texture to the piece, offering a sense of isolation, reinforced by the gentlemanly agreements shared by enemies -- men who would rather stick to peaceable western code than kill each other. The thick ambiance is wildly entertaining, accentuating the mystery and the personalities to blissful heights, constructing this known tale with idiosyncratic working parts that freshen tropes and restore suspense.

As with their finest films, the Coen Brothers achieve a precise sense of hard-bitten ramble in “True Grit,” delivering peculiarity with a cocked response, discovering a story that comfortably contorts to the demands of their imaginations. The directors show a masterful command of vernacular and fumbled acts of intimidation, refurbishing the Rooster Cogburn saga with an innovative creak, making “True Grit” a genre triumph and one of the year’s best films. 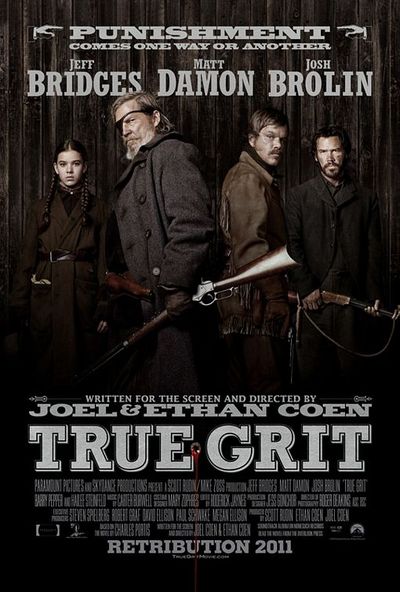