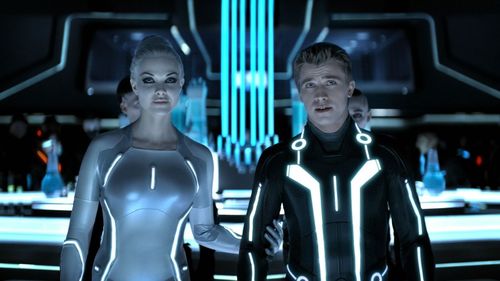 It’s almost impossible to consider it’s been 28 years since Disney’s “TRON” provided a new language of special effects to the industry, bonding scruffy visual peculiarity to a story of awkward heroism, set inside a forbidding digital landscape of programs at war. Though a box office underperformer in 1982, “TRON” developed into a sizable cult hit over the years, boosted by the retro smooch of its groundbreaking use of CGI and endearing quarter-fingering arcade appeal. “TRON: Legacy” is most certainly a continuation of the original, yet the new picture endeavors to find its own footing as an epic of unreality, creating an immense electronic realm of peril to encourage a fresh generation of “TRON” devotees.

Troubled since the day his father, Kevin Flynn (Jeff Bridges), disappeared without a trace, Sam (Garrett Hedlund) has made it his life’s work to cause chaos at the ENCOM Corporation, raising the concern of family friend, Alan Bradley (Bruce Boxleitner).  Chasing a mysterious indication of his father’s return, Sam instead finds himself zapped onto The Grid, the highly developed computer world born from Kevin’s imagination and expertise. Facing the wrath of evil program CLU (an effect voiced by Bridges) and his deadly henchman Rinzler, Sam is rescued by Quorra (Olivia Wilde) and brought to Kevin, who’s become a fallen deity within his creation, snapped out of his fog by the appearance of his abandoned son. With CLU desperate to take possession of Kevin’s identity disc, Sam hunts for a way off The Grid, desperate to return his father back to the real world. 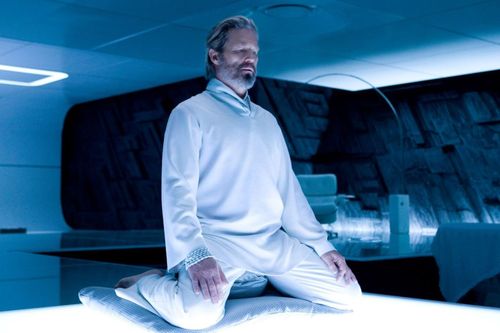 No longer a Herculean effort of rotoscoping and refrigerator-sized computer assistance, the world of “TRON” has been exhaustively modernized for today’s savvy audiences. The metropolis of The Grid has been handed a sleek Apple polish, extended far beyond the technological limits of 1982, realized here as a developed community of gamers and warriors living inside a throbbing cityscape of towers and arenas. It’s a thankless task to sequelize “TRON,” yet director Joseph Kosinski (making his feature-length debut) finds majestic inspiration in the digital world, bestowing “Legacy” with a breathtaking sense of scale and mystery, augmented in the film’s victorious 3D and IMAX enlargements. This is a striking feature, designed as a glowing, seamless tribute to the original picture’s duct-taped and fuzzy color aesthetic, cleaning up The Grid for 2010, creating an innovative sensation of discovery for the audience to enjoy as Sam plunges further into CLU’s domain. The entire production deserves admiration, as the tech credits are unstoppable here, gifting the screen a dynamic wonderland to absorb, once again challenging and redefining visual effect limitations along the way. “Legacy” isn’t simply eye candy, it’s Wonka’s entire factory.

Of course, not everything looks ideal. The CLU effect (also viewed in flashback scenes involving Kevin) is an ambitious stab at mo-cap realism that doesn’t quite fool the eye, giving away the artifice whenever the character opens his mouth. Cynics may cry failure, but I found the effort captured the pioneer spirit of the original film perfectly, pushing digital representation to inspiring heights, setting the foundation for future pictures to build on. CLU remains a striking enemy throughout “Legacy,” despite a villainous master plan a little on the convoluted side.

“Legacy” is a sequel, despite Disney’s attempts to distance the film from its 1982 forefather. Fandom is rewarded with lustrous vehicle upgrades, with Recognizers and Light Cycles crisply swooshing across the screen, while the deadly games at the heart of “TRON” are reworked thrillingly, highlighting Sam’s struggle to stay alive through furious Disc War matches, eventually facing the enigmatic Rinzler in a gravity-defying showdown that’s a million miles away from the jai alai contests of before. “Legacy” shows a stiffness in pace at times, dealing with an extraordinary amount of exposition and mythmaking to marry the two pictures, but the action and pursuit beats are adorned with a marvelous amount of luminous smash-mouth style, permitting “Legacy” a propulsive energy to carry through to the climatic confrontation.

Also returning for duty is Jeff Bridges, found here as Kevin trapped in a shell-shocked state, watching as his intentions to further humanity have turned against him in the form of his malevolent digital double. Bridges is the anchor of humanity in “Legacy,” instilling the film with humor and marquee poise as the character awakens from his Zen coma, confronted by Sam and the life he left behind to pursue his controversial vision, slowly reverting to his hippy-dippy sense of response once the threat is amplified. Also fairing well is Hedlund, who deploys his monosyllabic charisma acceptably as the emotionally frayed hero, and Wilde, making for a spunky, gumball-eyed sidekick and a flexible warrior. Sneaking in here to steal a few scenes and add his own visual fireworks display is Michael Sheen, hamming it up as Castor, flamboyant owner of the thumping End of Line Club.

Sadly, actress Cindy Morgan, who played the dual role of Lora/Yori in the first film, has been left out of the new adventure. Her presence is sorely missed.

Providing their special electro fingerprint is Daft Punk, scoring the stuffing out of “Legacy” with stirring themes and teeth-rattling bass encouragement. The score is by far the most triumphant element of the picture, evoking the digital environments with vigorous aural cues that immediately place mood and cinematic scope. It’s a transcendent soundscape from synth masters, befitting an expansive epic.

It’s difficult to understand how “Legacy” will be received by younger viewers, possibly unaware that this sequel is actually a sequel at all. The tender family drama at the core of the picture opens up universal appeal substantially, humanizing the stylized iciness of the visual scheme. However, much of the plot is rooted in the 1982 film, which is a catnip proposition for fans, but could leave some out in the cold, unable to fully participate in the extravaganza. It’s an unusual moviegoing situation to be facing, with such a tremendous divide in time between installments, but the very fact that there’s a sequel to “TRON,” and it happens to satisfy, is reason enough to rejoice. 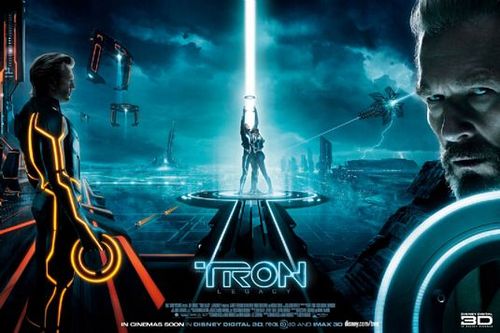