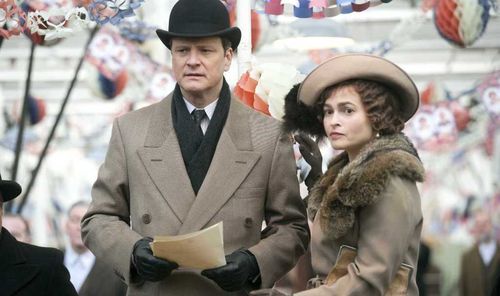 An assured crowd-pleaser, “The King’s Speech” struck me most pointedly as a depiction of friendship between two men. There’s plenty of history and period nuance to reflect upon, but the heart of the film lies with two individuals making a connection despite a monumental royal divide. In an era of broheim nonsense, where the idea of male companionship means watching three louts suck down tall boys and grunt about their grim sex life while improvising inept one-liners, it’s refreshing to find a film observe a union of intelligence and vulnerability, set against the backdrop of turbulent world events.

Faced with a life in the public eye, the future King George VI (Colin Firth), aka “Bertie,” couldn’t bear to face his public, inhibited by a severe stutter than embarrassed him and his judgmental family. With wife Elizabeth (Helena Bonham Carter) by his side, Bertie endured numerous treatments for his verbal handicap, finding it impossible to rectify. Enter Lionel Logue (Geoffrey Rush), an aspiring actor and professional speech therapist. Taking Bertie on at the behest of Elizabeth, Lionel finds a man of extraordinary anxiety, under pressure to perform from all sides. Forging a tentative friendship, Bertie and Lionel embark on a path of healing, looking to firm up the royal voice. While progress is made, Bertie’s life is turned upside down when his playboy brother Edward (Guy Pearce) is made king, urging the verbally timid man to step up and seize a greater role in the family business. 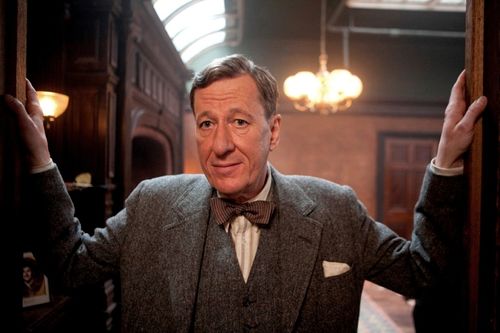 Taking a rather obscure corner of history and finding a way to make it dramatically fulfilling, director Tom Hooper and writer David Seidler endeavor to combine Bertie’s public demands with his intensely private shame. It’s a historical piece with plenty of room made for the King George VI story, but it’s a more compelling portrait of Bertie, a bullied young prince who lost his sense of self along the way, cursed with a stutter that undermines his authority and confidence in the media spotlight.

Tempering that tic is Lionel, who grasps the gravity of the royal presence before him, yet refuses to be pushed aside by status. A firm believer in the power of speech, Lionel fits Bertie for a humane leash, showing him a tough love that requires daily diaphragm practice and habitual questioning. Lionel isn’t only out to firm Bertie’s tongue, but his self-confidence as well, taking on the role of a psychologist, urging his patient to verbalize his frustrations. Seidler supplies a wit and speed to the script that the cast eats up readily, making the initial scenes between Rush and Firth exceptional in their discomfort and thawing sense of trust. 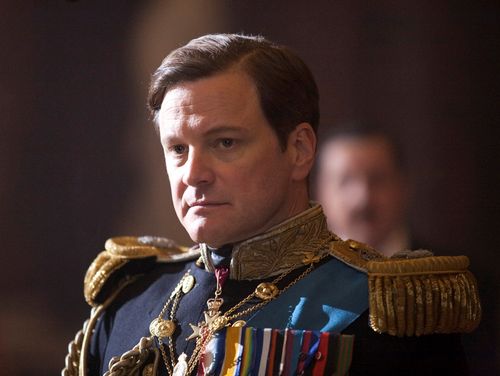 It should go without saying that the performances in this feature film are superb, but the lead actors are simply divine as Lionel and Bertie, communicating a prolonged relaxation with each other that’s tested by royal order, yet made unbreakable through honesty and support. Rush is especially dynamic as the bold therapist who keeps Bertie in place, devoted to reinforcing his kingly poise with steady speech, yet finding himself drawn to a vulnerable, compatible soul who could use a friendly face outside of the palace. The male chemistry between the actors is triumphant, exploring the stiff-upper-lip standoff between the teacher and the student that eventually melts away into alliance, with Bertie requiring the comfort of a supportive companion as his life is swept up by tumultuous family friction.

The history of King George VI and his interplay with Edward, father George V (Michael Gambon), and England itself slows “The King’s Speech” to a crawl in the midsection, losing the intimacy of the early scenes to clarify Bertie’s growing position in the family. Hooper struggles to keep matters intriguing with symbolically distorted camerawork and some lineage disruption that bleeds into the onset of WWII. While it’s necessary to clarify world events, the refocus disrupts the film’s pace and generous sense of characterization, tumbling a bit before it gets back on track for the emotionally sublime final act, pitting Bertie against his worst fear: addressing his subjects over the radio.

“The King’s Speech” isn’t very effective on a global scale, better suited to the interplay between the men as they confess, exercise, and experience challenges together, teaming up to repair and amplify the one voice that ruled over all. 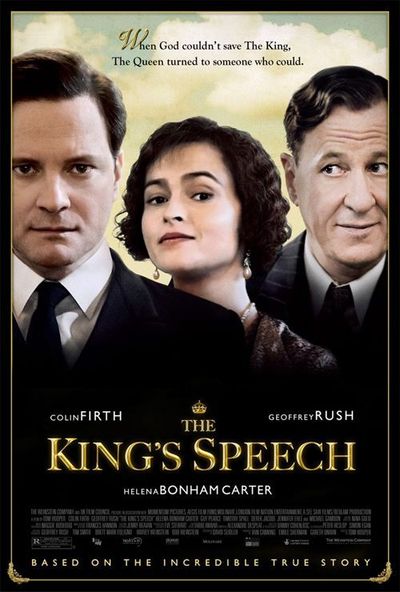