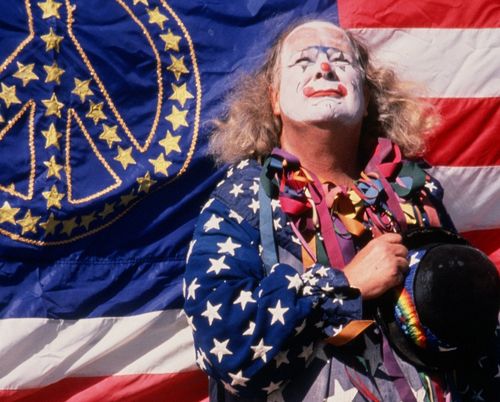 A fixture of the 1960s and a defining member of the hippie generation, Wavy Gravy finally gets a movie all to himself. “Saint Misbehavin’” is a documentary spotlighting the political and social efforts of the famous counter-culture figure, a wild idealist who fought for awareness and generosity through a myriad of eccentric methods and disguises, establishing himself as a benevolent force for charity, often clad in clown attire.

Handed his unusual moniker from B.B. King in 1969, Wavy Gravy was actually born Hugh Romney, who took the New York poetry scene by storm, rising with the burgeoning folk music movement. He worshiped Lenny Bruce and rubbed elbows with Bob Dylan and Ken Kesey, but Wavy Gravy found his true self in California, establishing The Hog Farm commune with his loving wife and a few fellow malcontents. Building a vagabond society of charity and soulful simplicity, The Hog Farm grew to national prominence after their work at Woodstock, where the group calmed the chemically altered and fed the masses, reveling in the pure hippie unity of the moment. It was a time when it felt like the world could change with some youthful effort, and Wavy Gravy was out in front, charismatically urging the new frontier of peace into view. 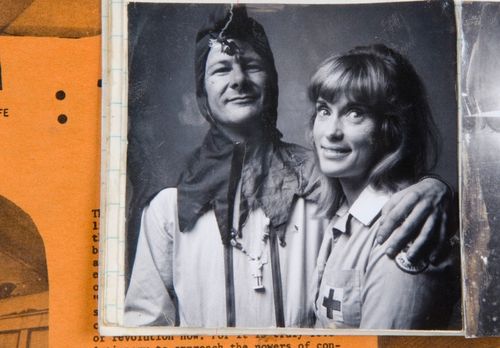 Now 74 years of age, Wavy Gravy hasn’t changed much. His back is a wreck, but his spirit is as joyful as ever, continuing his mission of unity at The Hog Farm and his performing arts project, Camp Winnarainbow. Director Michelle Esrick has trouble separating journalism from infomercial, but when she pages through the activist’s life, “Saint Misbehavin’” unearths some incredible stories of charity work and extensive travel, set against an unforgettable time period of change brought forth from the flower power generation. A commander who demands smiles, Wavy Gravy keeps a clown demeanor to confound his critics, but his impact has been felt over the last 40 years, making new friends everywhere his spirit (and fundraising money) takes him. The man was also an inspiration for an ice cream flavor from Ben & Jerry’s. For some, that’s the ultimate accomplishment in life.

A multitude of interviews flood the documentary, with participants such as Buffy Saint Marie, Dr. Patch Adams, and Jackson Browne expounding on the value of Wavy Gravy’s charity work and social activism. The conversations are convincing (though nobody expresses the chi of Wavy Gravy better than the man himself), but the home movies are the real draw, showcasing exceptional, life-altering adventures around the globe, reinforcing the subject’s desire to positive vibe the bejesus out of the planet. Even now, Wavy Gravy still suits up to impress, raising money with his celebrity friends to combat the spread of blindness in Third World countries. 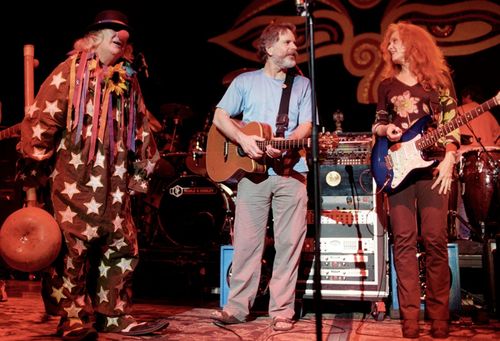 A man of respect, mediation, and giving, Wavy Gravy has enjoyed quite a meaningful existence, touching lives everywhere. “Saint Misbehavin’” doesn’t probe too deeply into the man, but the message of altruism is loud and clear, befitting a rascal who’s spent his colorful days trying to make the world a better place. 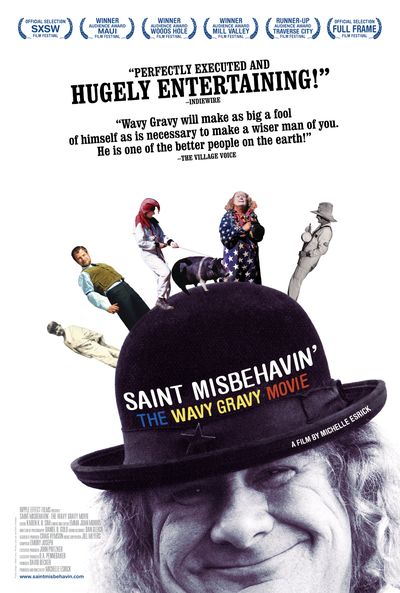