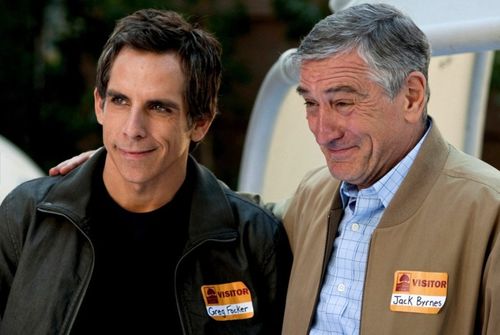 There’s a bit of medical anal play tucked snugly into the first five minutes of the sequel, “Little Fockers.” No greetings and salutations, just, boom, right into the butt to give the fanbase exactly what they want. Skillful writing, sharp comedic performance, and endearing domestic reflection are tossed aside here, permitting the picture a wide berth to engage the autopilot function and make these millionaires even richer. Who needs a challenge at this point? Just comedically snake a tube up a stranger’s ass, and watch the box office light up with willing customers. What better way to spend the holiday season.

When heart problems force him to consider the next in line to lead the Byrnes Family, Jack (Robert De Niro) is reluctant to make his hapless son-in-law, Greg (Ben Stiller), the “Godfocker.” Raising twins with wife Pam (Teri Polo), Greg is having trouble juggling the demands of home life and his work as a nurse, a problem exacerbated by the forward attitude of pharmaceutical rep, Andi Garcia (Jessica Alba). Hoping to guide his family his own way, Greg finds his efforts thwarted by Jack’s parental vision, his own growing paranoia, and the reappearance of Kevin (Owen Wilson), who’s back to stealthily seduce Pam. While hopeful for the new generation of Fockers as they apply to a prestigious private school, Jack can’t help but insinuate himself in Greg’s life, creating tension as the flustered nurse falls in and out of wacky adventures and misunderstandings.

2000’s “Meet the Parents” (yes, it was that long ago) was a solid 45 minute idea that’s somehow been stretched into three feature films. Originally a zany vehicle for De Niro to play his bruiser image for laughs, the Focker saga has found greater inspiration in the staging of gross-out incidents, more consumed with delivering literal gags than comedic ones. “Little Fockers” keeps the tradition alive with puke, fart, and erection encounters, placing tremendous emphasis on simplistic jokes that pander rabidly to the lowest common denominator. It was passable merriment in “Meet the Parents,” mildly irritating in “Meet the Fockers,” but it’s become downright repugnant for “Little Fockers.” 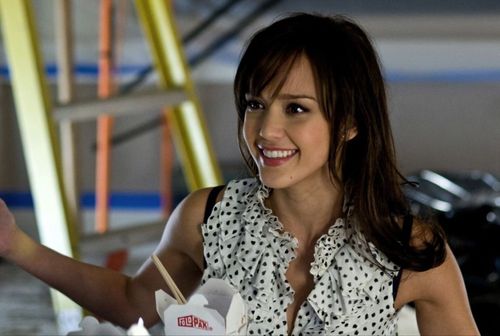 Though the directing credit is awarded to Paul Weitz (“About a Boy,” “American Dreamz”), there’s little sense of artistic guidance here. Weitz is trapped in pure sitcom mode, arranging the mishaps and humiliations with all the excitement of a man sweating to please his demanding producers. Whatever life was available in the series before is long gone for “Little Fockers,” which is about as uninspired as a second sequel can be. Jack and Greg still passive-aggressively locking horns? Check. Kevin still a romantic rival? Check. Comedic mileage still pulled out of the iffy Focker name? Check. Writing on the level of a rejected “Three’s Company” script? Check. Throw in Deepak Chopra and Harvey Keitel cameos, Jessica Alba hopped up on pills stripping down to her underwear and hurling herself into a muddy hole, and some heart attack jokes (oh, the hilarity), and “Little Fockers” is a parade of randomness searching for a reason to be.

The cast looks bored out of their minds, downshifted into paycheck speed with acting that only requires grimaces and bug-eyed reactions. Granted, a script that includes a moment where Greg is forced to inject adrenaline into Jack’s penis to quell an overly medicated erection wouldn’t inspire professional confidence in any actor, but the sleepy eyes of sequelitis are rampant among the cast, who go with the flow knowing this malarkey already worked twice before. Only Alba generates smiles in the film, playing up the revolting spunk of a desperate sales representative -- she’s all knuckle bumps and creepy nicknames, and 1000 times more alert than the rest of the ensemble. “Little Fockers” needed more of her energy. 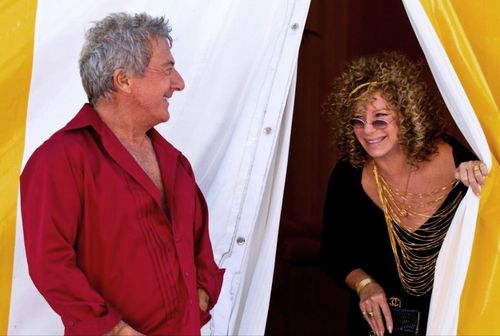 If you happen to be attending the picture to watch Barbara Streisand and Dustin Hoffman reprise their roles as Greg’s sexually active parents, I’ll rip the band-aid off now: they’re barely in the picture. “Little Fockers” doesn’t make room to play around with the big Fockers, pushing the screen legends to the background, leaving more time for Greg to get his face barfed upon. Yay. Even more insulting, the actors barely share any scenes together, as Hoffman was added into the film at the last minute, having skipped principal photography for reasons I now understand. Giving Roz a sex education talk show and sending Bernie to “Spain” only ruins the magic of the pairing, forcing Weitz to scramble to maintain their chemistry without the actual participation of the actors.

“Little Fockers” is utterly lazy and unfunny, cooked up to cash in on a wheezy franchise built out of cheap thrills. What’s missing here is a sense of family, especially after three pictures, rewarding the viewer with a full sense of domestic unity from an acquainted bunch of actors. Instead, there’s another round of insipid gags performed by a revolving door troupe more interested in the zeros on their paycheck than the quality of their cinematic output. 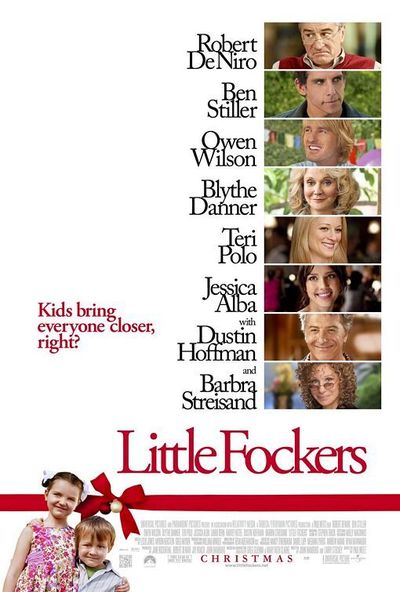