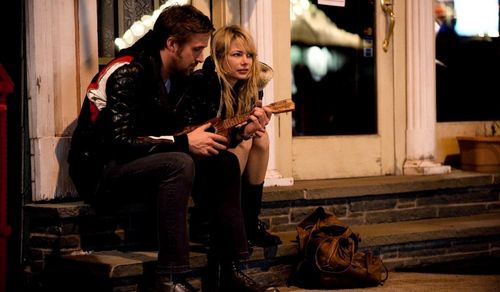 Charting the origin and termination of a volatile relationship, “Blue Valentine” elects to carry intense dramatic weight through improvisation, capturing the authenticity of the moment by allowing the actors to feel out the perimeter of their characters. The effect can be wearisome, clouding the intriguing atmosphere of the film, stealing attention away from the fractured essence of the piece so actors can flail about, killing vital intimacy by being so aware of the camera.

After years of marriage, working-class lout Dean (Ryan Gosling) and medical technician Cindy (Michelle Williams) are nearing the end of their time together. Desperate to make a connection to his distant, irritated wife, Dean rents a room in a cheesy themed hotel, hoping time away from their daughter will permit the couple space to bond again, an effort thwarted by gallons of alcohol and unwelcome sexual advances. As the evening passes, perspective switches to the first moments of attraction, finding the twosome communicative and in love, ready to take on the world, despite evidence that their initial spark will soon die out once the weight of matrimonial responsibility hits. 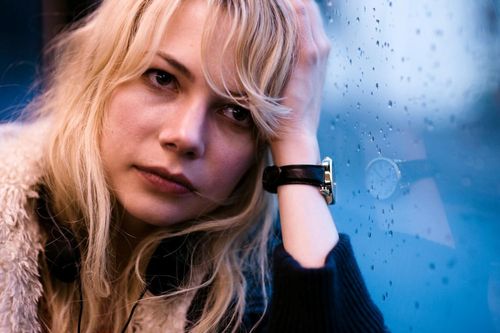 “Blue Valentine” has a few remarkable moments of honesty and surprise, examining the demise of open communication between two individuals who once could interact with ease. It’s the excitement of a new lover morphing into the unbearable realization of martial dead weight, creating a sweeping arc of time that any director would give their right arm to explore in full. Filmmaker Derek Cianfrance isn’t interested in the significance of the pairing and their surfacing frustration, only the extremity of the two time periods, skipping the course of the relationship to observe the euphoric beginning and the disastrous conclusion.

The decision to focus narrowly on the before and after strips “Blue Valentine” of needed history, especially when the majority of screen time shared by Gosling and Williams comes across more as acting class workshopping than a sincere probing of commonplace domestic misery. The actors share chemistry, but Cianfrance is too permissive with the scattered performances, devoting critical screen time to moments of bonding and separation that come across calculated, skipping raw human behavior to stage twee artifice for the camera. It’s troubling to watch, especially when the film seizes a few horrors worth exploring, including escalating trouble from Cindy’s jealous ex-boyfriend and a mid-movie abortion clinic panic attack that leaves the young woman with little romantic option in her life, thus setting herself up for future sorrow. 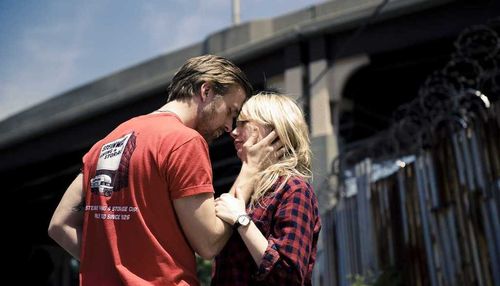 The picture works best in trembling silence, absorbing the gravity of the dissolving marriage as Cindy realizes how little love she has for her once enchanting mate. The potency of those looks, that sinking feeling of hopelessness, is where “Blue Valentine” finds perfection and clarity of tone. Once the actors are urged to broadly communicate the oncoming gloom, authenticity of emotion is swept aside, making room for detached screen performance, not pure human reaction. 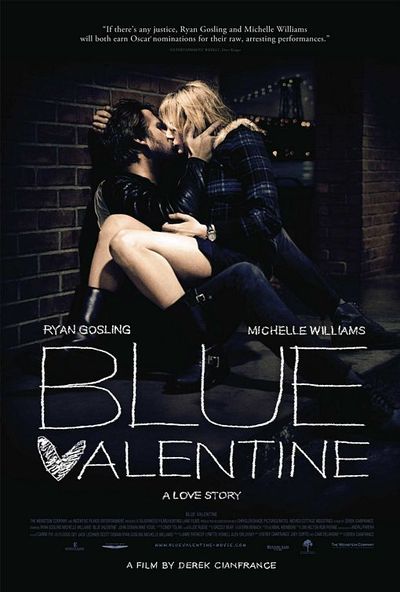