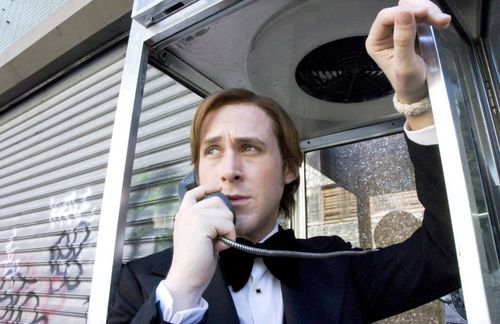 While watching the true crime saga “All Good Things,” I found myself having difficulty comprehending why anyone would want to build a movie from such a dull tale of murder, disappearance, and cross-dressing. Enter celebrated documentarian Andrew Jarecki, who stumbles throughout the entire picture. While eager to slop around the salacious details of the crimes at hand, the filmmaker’s way with storytelling basics leaves much to be desired. One would think the sight of Ryan Gosling in senior citizen make-up decked out in female clothing would be enough to carry the entertainment value of the picture. Jarecki feels differently.

In the 1970s, young David Marks (Ryan Gosling) met Katie McCarthy (Kirsten Dunst). The son of a Time Square real estate magnate (Frank Langella), David decided to scrap his privileged life to make a future with Katie, soon marrying the woman and retreating to the country. With financial pressures making life difficult, David is forced to return to his father’s control, forever shutting down his shot at happiness. As the years go by, David and Katie slowly grow apart, with marital strife and psychological strain making life together impossible. Faced with financial ruin and the wrath of her husband’s mob-like clan, Katie decides to expose family secrets to protect herself. In 1982, Katie was never heard from again. 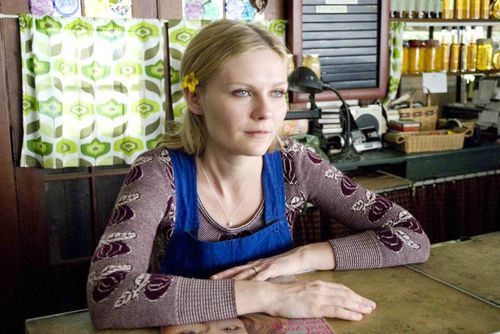 With such murderous, deceptive elements in play, loosely based on the life and times of Robert Durst, “All Good Things” seems like an easy lay-up production -- the script practically writes itself, tracing along a common tale of true love gone horribly awry. The challenge for Jarecki (director of “Capturing the Friedmans”) is to establish a tone that directly confronts the viewer with a riveting construct of wicked business, leading to a fulfilling package of lies and crimes that effectively conveys a twitchy life of suspicious, horrific behavior.

“All Good Things” doesn’t nail that riveting tone, or any tone for that matter. It grazes along a field of clichés and anemic confrontations, leaving David a bizarrely unchallenged enigma of a man from the first frame to the last. Nothing’s explored here beyond the superficial details, with the filmmaker too wrapped up in the habits of the era (e.g. Katie becomes a cocaine addict during the early ‘80s) to pull back and firmly establish the conflicts and threats at hand. What’s left is a sluggish basic cable filmmaking effort with two actors unable to communicate the passage of time, reducing the picture to an episodic bore about an alleged killer with zero charisma. 100 minutes of static dramatics is difficult to endure, especially when there’s so much detail left untouched by the production. 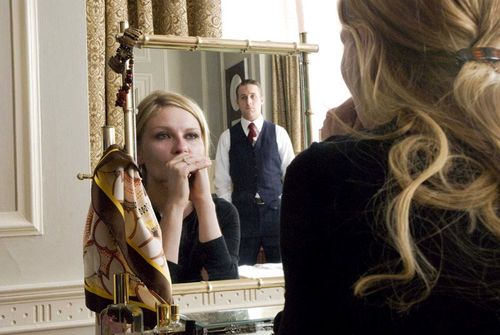 “All Good Things” is Jarecki’s first narrative feature, and it shows throughout. Shots linger for far too long, behavior is handed to limited actors clearly in need of strict guidance, and the mystery at hand takes one too many cartoon detours that are glossed over. The second half of the picture alone, with David hiding out in drag while befriending an unstable apartment neighbor (Philip Baker Hall), is enough fodder for a movie all by itself, yet “All Good Things” sprints right on by, blowing a prime opportunity to explore David’s criminal pathology. Jarecki juggles too much here, and his lack of experience chokes every scene.

In the end, the disappearance of Katie and David’s eventual trial should leave much to dissect, especially when the outcome of the case (and a murder that followed) left behind so many unanswered questions. Instead, I left the film more relieved than bothered, and that’s a major faux pas for any filmmaker endeavoring to bring such allegedly disturbing material to the screen. 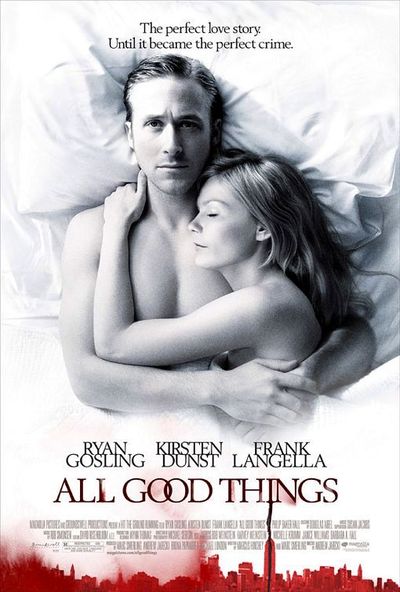