Blu-ray Review - The Year of Getting to Know Us 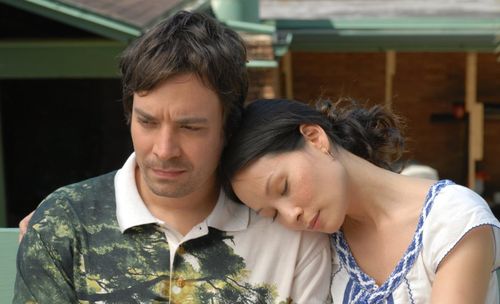 The Jimmy Fallon we know today is the host of a successful late night talk show, working diligently five nights a week to entertain America with his genial goofball wit and amusing competitive streak. The Jimmy Fallon viewed in the indie “The Year of Getting to Know Us” (shot in 2007) is a man at the end of his acting career, attempting to pull off an angsty role well beyond his skill level, working with professionals behind the camera who show no command over basic storytelling essentials. I think Jimmy Fallon is better off being silly on late night television.

Learning of his estranged father’s (Tom Arnold) stroke and ensuing hospitalization, Christopher Rocket (Jimmy Fallon) returns to his rural Florida hometown to pay a visit, awakening dormant feelings of discomfort. Once arrived, Christopher is haunted by memories of his troubled youth, where a strained relationship with his father caused great unhappiness, while his kooky mother (Sharon Stone) danced to her own beat, instilling her son with an appreciation for disturbed behavior. While Christopher’s girlfriend, Anne (Lucy Liu), joins him to help ease his solitude, the dazed thirtysomething man struggles with closure, finding this strained relationship with his father bleeding into everyday life, turning him into an unfeeling loner. 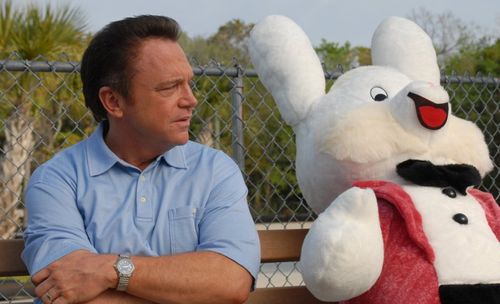 I’ll be the first to admit defeat here: I did not understand this film. Supposedly adapted from two Ethan Canin short stories, “Know Us” is a messy assembly of woe with little grasp on continuity or emotional reality. Director Patrick Sisam merely cherry picks his favorite moments of dysfunction and eccentricity, failing to provide any sort of reasonable argument for Christopher’s zombified mental state.

Is Christopher burdened by basic childhood neglect? I supposed the linchpin here is Papa Rocket’s tendency to bail on his needy family, taking to golf and mistresses (including Illeana Douglas) as a way to avoid interaction. Trouble is, the father figure depicted in the film isn’t the type of adulthood-torching he-beast typically associated with withdrawn, non-committal sad sacks who can’t even muster the effort to comb their hair. Christopher’s dad is inattentive, but hardly the nerve-fraying betrayer the film needs him to be, with Sisam downplaying the domestic ruin to a point of utter confusion. I kept wondering why the lead character was such a dreary statue, why he would be so relationship phobic, and why he refused to love his gorgeous, supportive girlfriend. The filmmaker simply requires Christopher to be a lost soul, without supplying needed dramatic motivation. 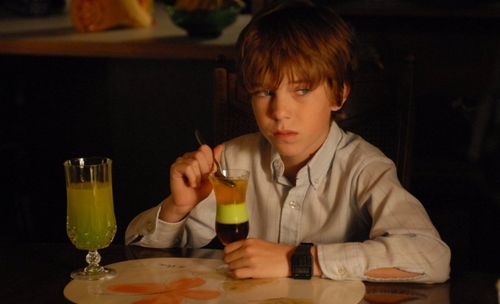 “Know Us” doesn’t go anywhere with the central plot, sticking with flashbacks to Christopher’s youth as a way of flavoring the monotonous proceedings. The look into the past allows Stone a chance to provide some consistent work as the fractured mother, who seemingly scars Christopher with her politely manic ways. Stone has firm hold on wavering sanity and is often the most interesting element of film, giving a performance of peculiarity this bland picture needed more of. 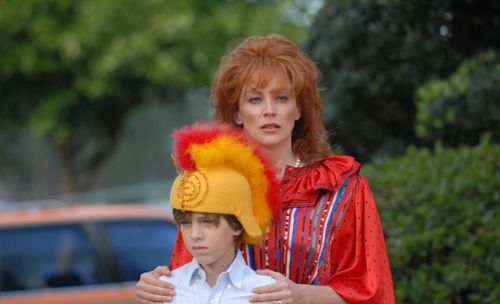 The AVC encoded image (1.78:1 aspect ratio) is so crisp at times, it’s easy to spot the cheapy old age make-up on Stone and Arnold, while a strip club sequence keeps childbirth stretch marks in full view. Ah, the miracle of Blu-ray! With a fine grain appearance, the presentation is rich with textures, not only with faces, but with locations as well, delivering the unsettling Floridian mood without fail. Skintones are accurate, while shadow detail is solid, reading bar interiors clearly. Colors are pronounced, helping to evoke the tropical setting with a heightened read of greens and reds.

The 5.1 DTS-HD sound mix is submissive to match the picture’s low-budget reality, with more concentration on dialogue exchanges, keeping the conversations clear and frontal. Scoring is light and kept to the surrounds, held back to achieve a deep atmosphere of drama. Soundtrack cuts are healthy and nicely echoed to play into flashback sequences. The entire effort is on the light side, sounding tinny at times, while lacking a needed low-end to anchor matters with more aural command.

“Press Conference Footage” (49:28) heads back to the 2008 Sundance Film Festival, where the some of the cast (Fallon, Stone, Arnold, and Douglas) and Sisam gathered to share motivations, trade jokes, and engage in some uncomfortable flirting in front of a sparse assembly of media. 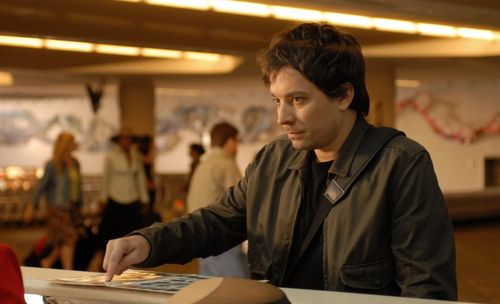 Instead of plunging deeper into the pain to discover an encouraging catharsis, Sisam elects to maintain a flaccid romantic vibe, arranging a series of nonsensical betrayals that leads to an unintentionally hilarious break-up-to-make-up finale (complete with a “Graduate” nod), successfully adding insult to injury. I like Jimmy Fallon these days, with his effervescent network personality and sharp comic mind. I’m thankful he decided to step away from movies, at least film festival pandering features that offer eye-crossing narrative confusion in place of fulfilling drama. 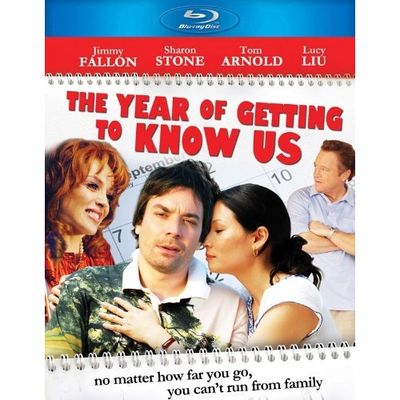